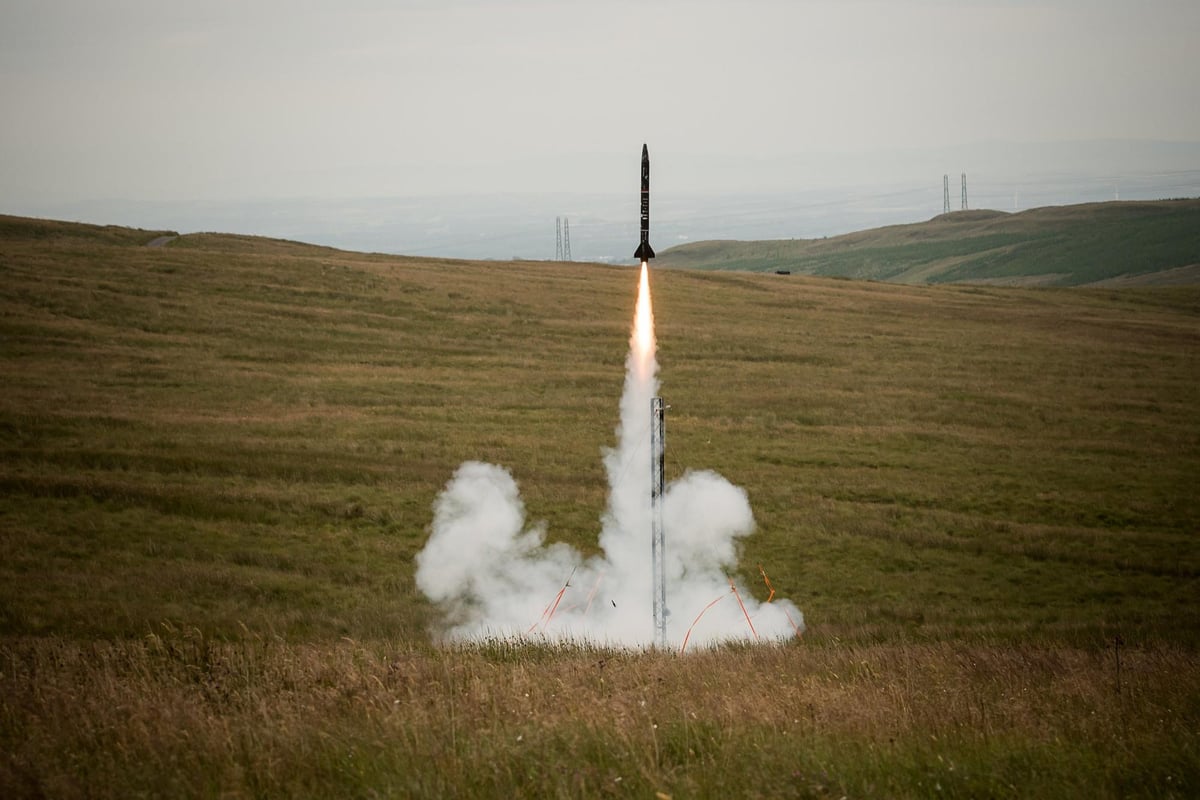 Spectators gathered at the Scottish Aeronautics and Rocketry Association base at Fairlie Moor, just south of Largs, Ayrshire, for the launch of the Nebula rocket, built by a team from Imperial College London.

The launch was postponed for several hours as final checks were carried out on the rocket, which was designed to reduce “space waste” and be reused after space travel.

Register to our daily newsletter

The test flight, which was to take the rocket to 16,000 feet, took place in preparation for its final journey beyond the Karman Line – the internationally recognized boundary of space that lies approximately 100 km above Earth. above sea level.

If successful, the Imperial team will be the first group of students to cross the space frontier with a reusable rocket.

Shapol said, “This diverse, ambitious and unique group of students are making space more accessible and sustainable, and want to show what is possible for the future.”

Students at Imperial College London hope to be the first university team in the world to launch a reusable rocket into space. Photo: Fraser Cameron

The rocket was launched just before 7pm after delays to the original launch time delayed clearance from air traffic control teams at Prestwick Airport.

The team will build and launch a series of prototypes over the next two years, aiming at different altitudes and helping them refine their design before moving to space launch in 2024.

At Fairlie, the nine-meter-tall rocket’s recovery and avionics systems were tested and the team successfully concluded (??) that the rocket was reusable.

Helen Sharman, Britain’s first astronaut and UK Outreach Ambassador to Imperial, said: “An important factor in making rockets environmentally friendly is the manufacture of the rocket itself.

“With a reusable design, Karman Space Program students are extending rocket technology to deliver positive benefits to our lives with minimal negative impact on Earth, making this a really exciting student project.”

After the test flight, a full-size replica of the rocket, the largest student-built rocket in the UK, will shortly be on display in the College’s main entrance, before moving to the Science Museum in December .

The final rocket and its first prototypes will be studied and designed by the team, with most elements being built at the College’s White City campus.

Some components, including the rocket’s liquid engine, will be manufactured by British aerospace company GKN. One of the project’s sponsors, Dassault Systèmes, helped the team simulate their designs.

The moor is reserved for amateur space enthusiasts for firing off built-from-scratch and kit rocket vehicles, as well as rocket-propelled gliders.

SARA will host the annual International Rocket Week in August, the event inviting rockets from around the world for a weekend of building, flying and competing.