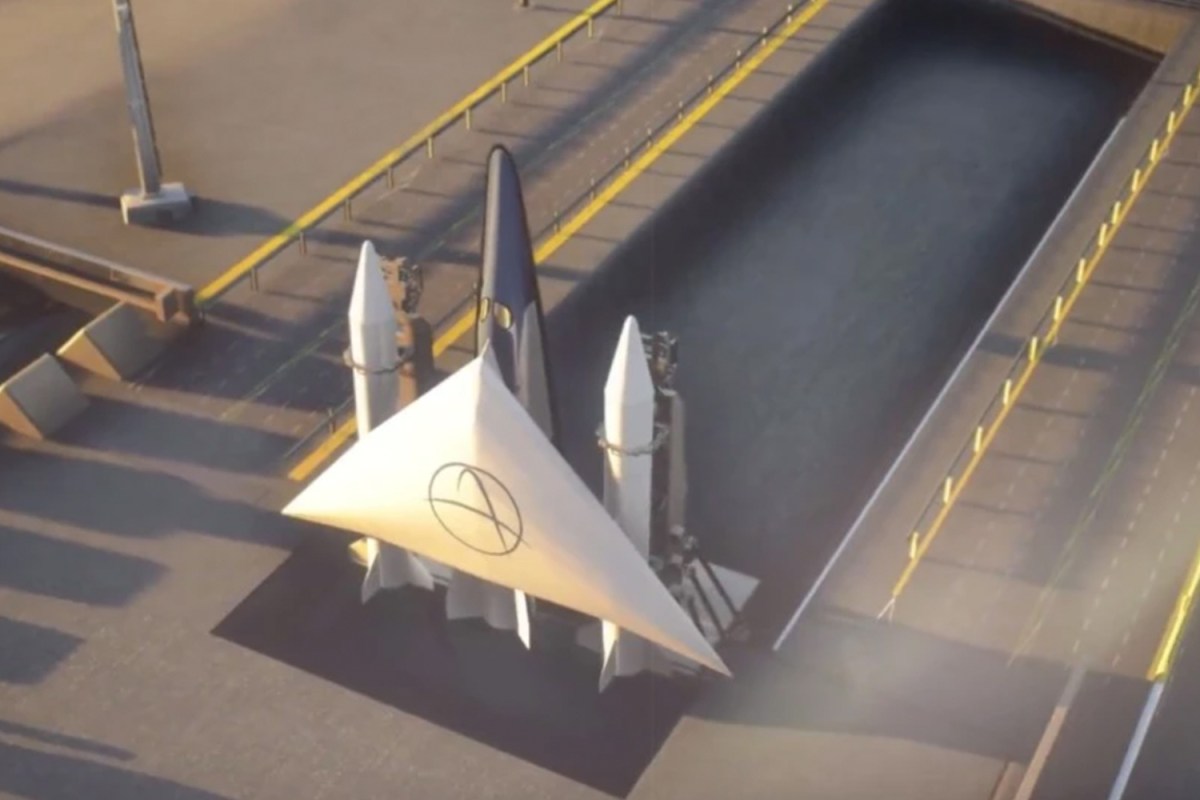 A SUPERSONIC jet dubbed a rocket with wings could one day take travelers from New York to China in an hour.

Chinese company Space Transportation is behind the project which aims to bring high-speed point-to-point transportation to the world.

The company said in a recent interview that the jet would be “cheaper than rockets carrying satellites and faster than traditional aircraft.”

The goal of the spaceplane is to provide rapid transportation between two destinations through suborbital travel, while being fully reusable.

The company’s website features a video showcasing the project with animated passengers boarding a plane with rockets attached to the wings.

After a vertical liftoff, the rocket’s wings detach from the plane as it continues towards Dubai, landing on three legs in an upright position.

Ground tests are planned by 2023, according to the company, whose full name is Beijing Lingkong Tianxing Technology Co, Ltd.

The first flight is scheduled for 2024, with a crewed flight a year later.

A test flight for a crewed global or orbital space vehicle is also planned by 2030, according to the company, which was founded in 2018.

Space Transportation announced last August that $46 million has been raised for hypersonic spaceplane projects, and several tests have been carried out on its Tianxing 1 and Tianxing 2 vehicles.

The tenth test flight was conducted on January 23, however, details on these flights have been limited, likely due to the sensitive nature of hypersonic technology.

Secret launch tests of suborbital and orbital vehicles were conducted in 2020 and 2021 by China’s leading space contractor, the Chinese Aerospace Science and Technology Corporation (CASC).

Other similar projects are carried out around the world. Virgin Galactic performed a fully crewed suborbital flight of the VSS Unity in July last year, carrying Virgin Group founder Richard Branson and other passengers.

SpaceX introduced a concept called “Earth to Earth” in 2017, originally designed to bring passengers to Mars. Earth to Earth was designed as a city-to-city passenger transport using Starship rockets.

CAC Space, an aerospace company of the Chinese Academy of Sciences, is also establishing its own suborbital tourism service.

This one will use a rocket system resembling one created by Amazon founder Jeff Bezos’ aerospace company, Blue Origin.

We pay for your stories!

Do you have a story for The US Sun team?