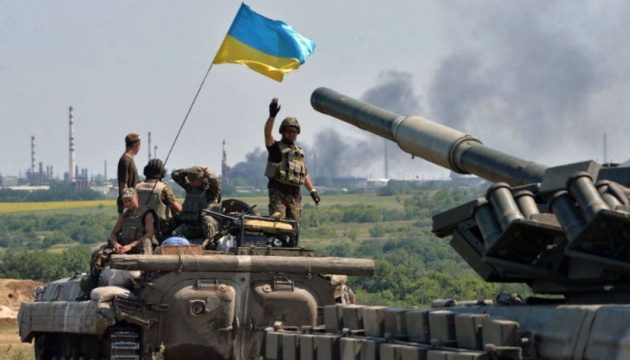 Ukrainian armed forces repelled enemy assaults in the southern directions of Buh, Kramatorsk, Bakhmut and Sloviansk and neutralized an enemy reconnaissance group in the direction of Bakhmut.

The General Staff of the Armed Forces of Ukraine said so in its latest report, at 6 p.m. on August 7, posted on Facebook.

According to the General Staff, the Russian troops are concentrating their efforts on establishing full control over the territories of eastern Ukraine, holding the captured districts of Kherson and parts of the regions of Kharkiv, Zaporizhzhia and Mykolaiv, as well as on the creation of favorable conditions for the resumption of offensive operations. in certain directions and blocking Ukraine’s maritime communications in the Black Sea.

The situation did not undergo significant changes in the Volyn, Polissia and Siverskyi directions. According to the General Staff, the enemy carried out aerial reconnaissance and shelled the areas near Hai and Hremiach in the Chernihiv region and Novi Vyrky and Mykolaivka in the Sumy region with cannons and rockets.

In the direction of Kharkiv, Russian troops inflicted fire damage along the line of contact and launched airstrikes near Pryshyb, Verkhniy Saltiv and Rtyshchivka. They also carried out aerial reconnaissance with drones.

In the direction of Sloviansk, enemy shelling was recorded near Dovhenke, Velyka Komyshuvakha, Sulyhivka, Ridne, Bohorodychne and Krasnopillia. In the vicinity of Virnopillia the invaders attempted to conduct an assault, but the Ukrainian defenders repelled the assault and forced the invaders to retreat.

Ukrainian forces prevented the enemy’s attempt to carry out reconnaissance in the fighting near Bohorodychne and Dolyna. The occupants suffered casualties and retreated.

In the direction of Kramatorsk, Russian troops used tanks, guns and rockets to shell Kramatorsk, Siversk, Verkhniokamianske, Hryhorivka, Raihorodok and Zvanivka districts. An airstrike near Spirne was recorded.

With offensive operations the invaders tried to improve their tactical position near Verkhniokamianske but failed and retreated.

In the direction of Bakhmut, enemy shelling of military and civilian infrastructure in Bakhmut, Soledar, Kostyantynivka, Yakovlivka, Pokrovsky, Vershyn, Kodema and Bakhmutsky districts was recorded. Near Bakhmut, Soledar and Zaitseve the enemy used aviation.

Russian troops conducted offensive and assault operations in Bakhmut, Zaitseve, Yakovlivka and Vershyna areas but were unsuccessful and retreated. The battles continue near Kodema.

In the direction of Avdiivka, the invaders fired artillery and tanks at the Avdiivka, Pisky, Shevchenko, Netailove, Nevelske, Krasnohorivka and New York areas. Enemy airstrikes were recorded near Avdiivka, Maryinka, Kamianka and Volodymyrivka.

The Russian forces tried to break through the defense of the Armed Forces in the directions of Krasnohorivka, Avdiivka, Pisky and Maryinka. The battles continue.

In the Novopavlivske and Zaporizhzhia directions, shelling continues along the line of contact. The enemy launched air strikes in the areas of Mykilske, Vesele, Novodanylivka, Mali Shcherbaki, Novosilka and Velyka Novosilka.

In the southern direction of Buh, the invaders focus their main efforts on preventing the advance of Ukrainian troops, maintaining a high reconnaissance intensity with unmanned aerial vehicles.

The enemy attempted offensive operations near Blahodatne but were unsuccessful and retreated.