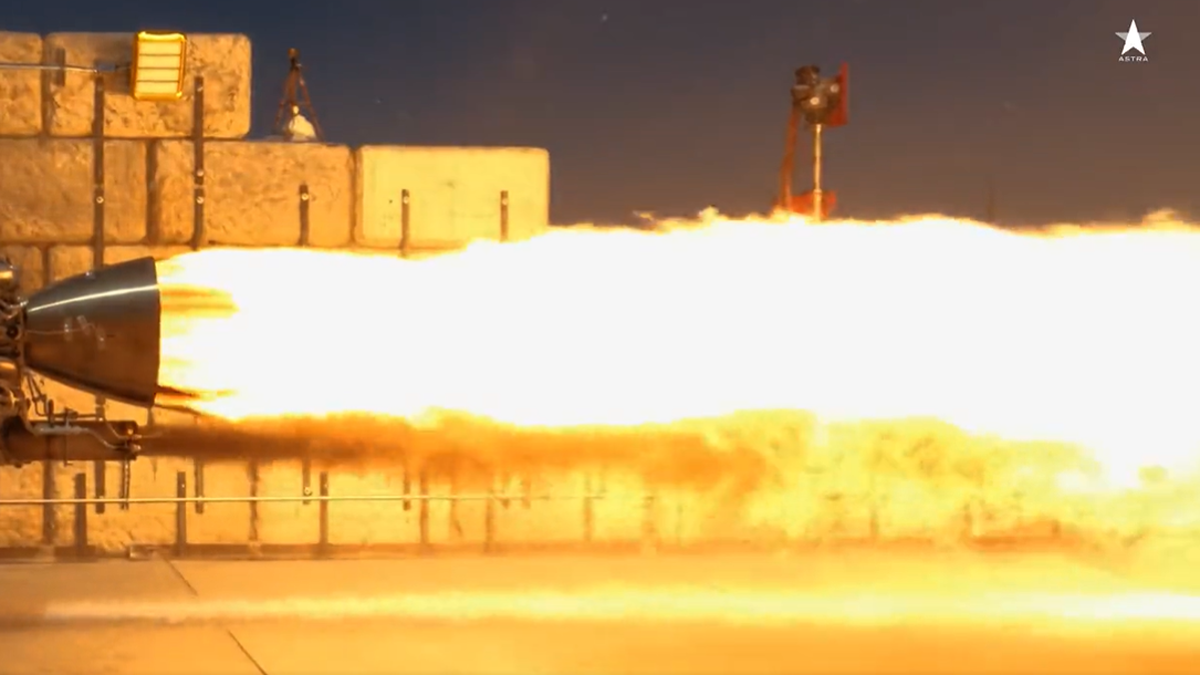 Astra is starting its engines on a new range of rockets.

California-based Astra on Thursday (September 1) released images showing one of its engines making a “burning fire” as the company continues development of Rocket 4, which could begin test flights in 2023.

“Test engines for our new launch system. #AdAstra,” the company wrote on Twitter (opens in a new tab). No details on the duration of the fire or other test parameters were immediately available.

The company announced last month that it would halt production of its Rocket 3 line of boosters following numerous failures, to focus on “the next version of its launch system.” Astra’s goal is to create a more powerful vehicle with better reliability and capability and to produce the rockets faster.

Two NASA cubesats, believed to be the first of a fleet of six satellites designed to track hurricanes, have been lost. The agency is considering its options for raising the fleet, which is called the Time-Resolved Observations of Precipitation structure and storm Intensity with a Constellation of Smallsats (TROPICS) mission.

In the meantime, Astra’s Rocket 4 is expected to make test launches in 2023 at the earliest. It will exceed the lifting mass of Rocket 3 tenfold, with a payload capacity of 1,320 pounds (600 kg) to send larger constellation fleets into orbit, Astra officials said. An improved upper stage motor will support this effort.

Commercial agreements are in progress despite the lull in launches; Airbus OneWeb Satellites has signed an announced agreement (opens in a new tab) Monday (August 29) to receive Astra spacecraft engines for integration into small commercial Arrow satellites. (Small satellite maker OneWeb and aerospace giant Airbus are in the deal through a joint venture.)

The Rocket 4 timeline, he added, will have “a lot of uncertainty, because we want to give the team time to do all of this testing before we do another commercial launch.”

Including test flights and earlier versions of the Rocket 3 lineup, the now-discontinued rocket group failed five times in seven launches, according to SpaceNews. (opens in a new tab).