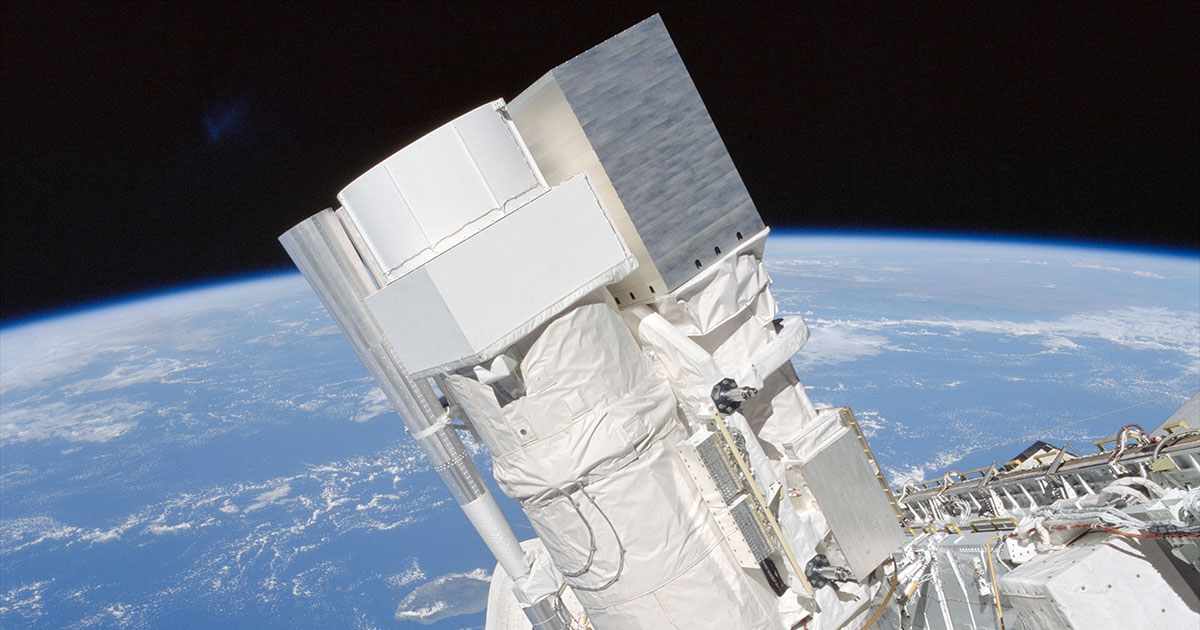 – The same year the Hubble Space Telescope was deployed, NASA launched the first of two space shuttle missions dedicated to the study of astronomy and astrophysics. Now, three decades later, the material that made up the Astro-1 mission (and its 1995 follow-up, Astro-2) is being recovered, assembled and restored for display at the museum.

The Astro Restoration Project, a volunteer-run effort supported by commercial sponsors, the US Space & Rocket Center in Huntsville, Ala., And the Smithsonian, is now well advanced toward its goal of bringing in the STS-35 mission equipment (and STS-67) return to flight status. Most of the people working on the project are retired NASA employees who set up the payload for its launch.

“In 1985, when preparing Astro-1, I was the one who originally installed these enclosures,” said Mike Haddad, former NASA mechanical engineer and restoration project member, said in an interview with NASA. Haddad was referring to remote acquisition units – the equipment used to send signals from Astro hardware to the shuttle and then back to Earth.

“Doing the same procedure 35 years later? It was like coming home,” he said.

Held in the shuttle hold by two Spacelab pallets developed by the European Space Agency (ESA), the Astro payload included three ultraviolet telescopes mounted on an aluminum frame. The assembly was then mounted on a three-axis gimbal platform, called the Spacelab Instrument Pointing System, which provided the precision and stability needed to image astronomical objects.

the Astro restoration project was able to recover 90 percent of the original material.

The three ultraviolet telescopes were returned to their principal investigators at Johns Hopkins University, University of Wisconsin-Madison, and NASA’s Goddard Space Flight Center. The pointing system was claimed by the Smithsonian as part of the collection held by the National Air and Space Museum.

“Typically, when flight equipment is returned to Earth, NASA retrofits or retrofits it for other missions, or dismantles and cannibalizes the components for other uses,” Haddad said.

In the case of one-off or “special mission” pieces, much of it is auctioned off through government surplus sales. Such was the fate of the fourth telescope to fly on Astro-1, the Broadband X-ray Telescope (BBXRT), which just five years ago was listed on eBay by its owner. (The BBXRT, which flew only once, was mounted on a separate pointing system attached to its own structure in the cargo hold.)

The 8ft by 8ft (2.4 by 2.4m), 3000lb (1360kg) aluminum frame, or cruciform, was found by chance in a northern auction yard. Alabama. Likewise, the bundle of optical sensors that helped fix the telescopes to the same observation point in space was discovered in a junkyard in Titusville, Florida.

“It was still in its original shipping box,” said Scott Vangen, restoration project manager and alternative payload specialist for the Astro-2 mission.

Although recovered, the cruciform was in poor condition. Using a workspace provided by US Space & Rocket Center, dozens of public service volunteers and contractors worked to remove rotten insulation blankets, gently cleaning rooms with toothbrushes and pressure washing others.

The team also received help making replacement brackets and other small items from students in NASA’s High schools United with NASA to Create Hardware (HUNCH) program, which teaches hands-on techniques for design and manufacture of equipment in more than 200 schools nationwide.

A mission procedure log, which came from the estate of former engineer Astro, also helped with the restoration. The journal identified hundreds of detailed drawings and diagrams that broke down each component, which could then be found, digitized, and provided to the project team by archivists at the Marshall Space Flight Center.

“Preserving the material is somewhat academic if you don’t have the documentation,” Vangen said. “We needed the original drawings to piece together the pieces. “

After four months of effort, the “first phase” of the restoration project was completed and the restored cruciform was exhibited at US Space & Rocket Center in April.

The next phase will be to reinstall the restored optical sensor set and the first of three telescopes, the Wisconsin Ultraviolet Photo Polarimeter Experiment, which are expected to be reunited with the cruciform this fall. They will then be joined by the two remaining UV telescopes to complete the display.

The restored cruciform Astro will be on display at US Space & Rocket Center until at least 2023, until the Smithsonian is ready to display it with its Spacelab components – including the pointing system and paddles – at the Steven F. Udvar of the National Air and Space Museum. -Hazy Center in northern Virginia.

“Free-flight payloads and deployables like Hubble have rewritten the science books, but they’ll never come back to Earth, never be on display as examples of what we can achieve,” Vangen said. “With Astro, our grandchildren and great-grandchildren will be able to touch material that has flown in space and in the history books.”