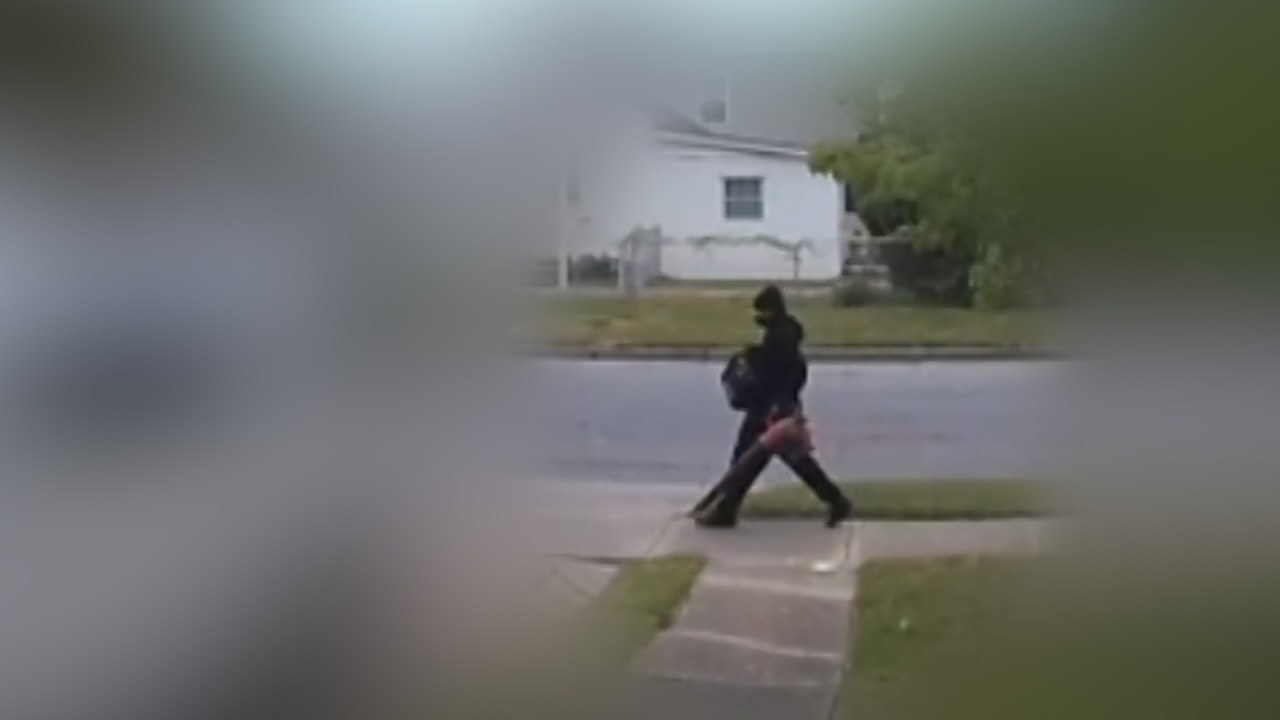 NORFOLK, Va. (WAVY) – A series of burglaries in a Norfolk neighborhood has those who live there worried.

Two of those break-ins on May 1 and May 6 are believed to be related.

The first time, Tamara Villalobos-Flores was sleeping when she heard someone walk through her house. The second time the thieves returned, her 16-year-old son was at home taking a nap.

For years, Villalobos-Flores saved thousands of dollars for a complete renovation of his Estabrook home. This dream was foiled by thieves twice in a few days.

“I woke up to someone playing my son’s guitar. I heard two voices speaking and immediately knew they weren’t my contractors,” Villalobos-Flores told 10 On Your Side.

Brand new windows were smashed, the garage door was kicked in and a couch was damaged. The storage pod was ransacked with tools, jewelry and her son’s electronics stolen at 6:30 a.m.

“They had his Xbox, his PlayStation, then I had two gun safes that were missing in the pod, then I had two safes that they broke into the house because I was missing one Ruger .45 competition duty firearm,” Villalobos-Flores explained.

One of the burglars tried to enter Villalobos-Flores’ bedroom.

“I said, ‘If you come in, I’ll shoot you’ and the male voice shouted ‘My bad’ and they ran out of the house,” Villalobos-Flores recalled.

Surveillance video captured by a neighbor shows a man in black running out of the house through the front door. Investigators then followed the thieves to a house in King Street where they recovered some of Villalobos-Flores’ stolen property. A police report described a makeshift residence in the backyard of the King Street home which contained numerous items and appeared to be inhabited. It also contained what appeared to be a military-grade rocket launcher, according to the report.

An explosive ordnance disposal specialist was called in with the Norfolk Bomb Squad, ATF and FBI. A suspect vehicle was also towed off the property.

“The young man who broke in on the second day, he was arrested on Thursday evening, released on bail on Friday morning and broke into my house on Friday evening. Then left without incident, ”explained Villalobos-Flores.

This time, her son was home alone.

“It’s not just a feeling of being violated. The first time, I’m a military veteran; I’m trained to protect myself, I’m trained to use my firearm, I’m trained to defuse a situation as best I can. The second time, my son was in the house. There is no training a person can take to prepare themselves to try to figure out how to keep their son safe. All of their children are safe,” Villalobos-Flores said.

Villalobos-Flores was returning home that night when she noticed signs of a break-in. She saw two people escape from her home. She called the police.

“It’s the most terrifying experience I’ve ever had,” Villalobos-Flores said.

The suspects left behind their truck, which was parked outside his home. When the police left the scene, the thieves returned for the truck. Villalobos-Flores said she and her neighbors blocked them off and again called police who eventually let the two suspects go for lack of evidence.

Villalobos-Flores told us that their truck was not registered and did not have the correct tags.

“Now I’m waiting to see if there’s going to be a third burglary or maybe one of my elderly neighbors gets murdered over a tablet?” Loose money? Medicines in a medicine cabinet? Nobody deserves to live like this,” Villalobos-Flores said.

She’s trying to pick up the pieces of a life she’s worked so hard to build.

“Who is going to decorate my child’s room when they stole the decorations from his room? I just replaced my son’s TV. This TV is gone. Jewelry. My grandmother’s wedding rings. Who will replace all this? Nobody. It’s just left to the owner and you try to fight homeowner’s insurance, but that doesn’t match up with that broken garage. They stole everything they could catch. Memories,” Villalobos-Flores said with tears in his eyes.

She wants the thieves locked up for good.

Norfolk Police say the Birch Street burglaries in Estabrook are linked to a single group of people. They steal property and pawn items for money to buy drugs. If you see anything unusual in your neighborhood or on your security cameras, call the police.

Those with information are encouraged to submit a tip via P3 Tips or call the Crime Line at 1-888-LOCK-U-UP.