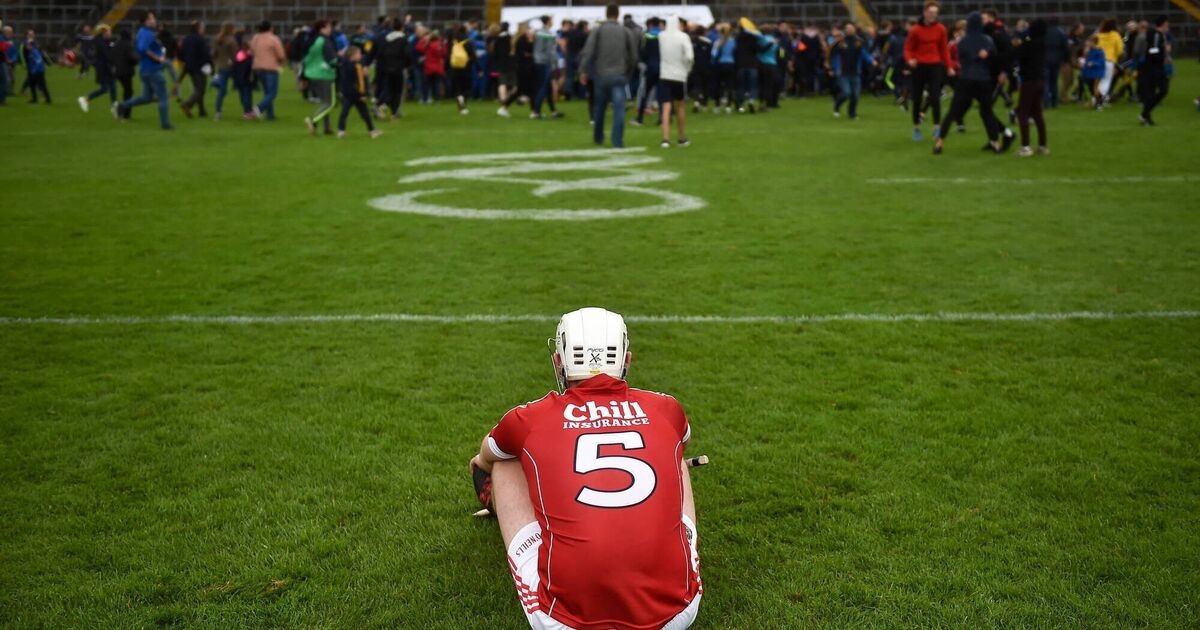 Can Cork use the pain of the past as rocket fuel in this maniacal pursuit of senior glory?

At the final whistle of the 2018 Cork-Tipperary All-Ireland U21 Final, the Gaelic Grounds exploded with the kind of raw, unbridled emotion that comes from deep within a county’s soul.

Tipp manager Liam Cahill ripped off his woolen hat and jumped into the embrace of the pitch-invading crowd, he and all of Tipp’s supporters on the ground desperate to bask in the warm afterglow of a victory precious final against their great rivals.

Everyone had expected a much better performance from Tipperary since Munster’s final collapse, when Cork hammered them from 13 points, but no one was anticipating anything other than a Cork victory. Tipperary never followed this script.

When Cork attacked them in the second quarter, with an unanswered 1-6 in nine minutes, there was almost an acceptance in the ground that Cork would go on and win by shooting. They had all the momentum. Cork had the strong breeze coming in the second half. Tipperary’s early storm of rage and defiance seemed to have died down, but they stirred it up again in the second half. And Cork couldn’t resist the onslaught.

Tipperary made the game the kind of aerial combat they needed. The match was largely played on their terms as a wide-open, free-flowing shootout was always going to suit Cork better.

Cork couldn’t handle it. Most of their big names didn’t play, but the nature of such a devastating loss went far beyond the outcome. After All-Ireland’s senior semi-final collapse against Limerick four weeks earlier, it was another example of a Cork side being ruthlessly punished for failing to show the sheer killer instinct required.

It was even harder to take given Cork’s immense experience on the pitch, especially compared to Tipperary. Six of their players took part in this senior All-Ireland semi-final against Limerick – Mark Coleman, Darragh Fitzgibbon, Shane Kingston, Robbie O’Flynn, Tim O’Mahony and Jack O’Connor. From Tipp’s side, Jake Morris was the only one to have played the senior championship.

Cork’s modern history has been defined by devastating results, but this defeat is the most debilitating of this group. “Of all the games we lost,” admitted one of the players who played that day privately last year, “it was the worst. By a mile. It was another glaring example of how Cork hurling no longer carried the fireproof confidence and latent swagger of yesteryear.A year later, another cohort of young Cork hurlers had to absorb a different level of pain and pain when Tipp threw them beaten in the All-Ireland U20 final.

Just two months earlier, both sides had served up a classic Munster final in what was one of the minors’ best games of the past decade. Of the 5-32 recorded in the evening, all but six points came from play.

Tipp won the game with a late goal from Jake Morris. The tight margin confirmed how little there had always been between these groups, which was evident from the 2015 Arrabawn U-16 semi-final at Holycross when Cork won with a late goal. Yet that tie was shredded in that 2019 U20 final. Because, for the first time, Tipperary looked on a different level to Cork.

It was also a reminder of how so many of those Tipp players had a successful record in the All-Ireland finals versus Cork. A significant number of these Tipp U21 and U-20 teams had also won minor All-Ireland medals in 2016. Six days before that 2019 U20 final, Jake Morris, Jerome Cahill and Paddy Cadell had all won senior All-Ireland medals.

For comparison, Ger Collins, Ger Millerick and Brian Turnbull suffered their third straight All Ireland final loss in this U20 final, having also played in the 2017 minor final loss to Galway, as well as the U21 decider of 2018.

Limerick inflicted that pain, but Sunday’s clash with Tipp is fraught with an even greater sense of mission and quest for atonement for so many of these Cork players, especially the 2018 U21 squad. Majority of them lost to Tipp in the Senior Championship in 2019 and 2020 but those were Liam Sheedy’s sides. Most of those players stay, but Sunday is largely a showdown between the teams that played in that 2018 U-21 final.

The parallels between the numbers are striking. Twelve of this Cork U-21 side have now played in the Senior Championship, nine of whom have played in this year’s campaign; Coleman, Fitzgibbon, Kingston, O’Flynn, O’Mahony, O’Connor, Millerick, Niall O’Leary and Conor Cahalane, while Ger Collins is the sub-keeper.

Cork’s numbers increase even further when the 2019 U20 squad is included; Robert Downey is an established player but Tommy O’Connell and Brian Roche made their debuts in this campaign while Seán O’Leary-Hayes and Daire Connery made their Senior Championship debuts in 2020.

Of that Tipp U20 team, Conor Bowe made his Championship debut against Waterford while Bryan O’Mara would almost certainly have played in the Championship had he not retired from the squad this year.

Cork will frame much of their future around the last two winning All-Ireland U20 teams. There are 17 All-Ireland U20 winners in the current extended squad, eight of whom played in the league for the first time, three of whom have now made their league debuts – Ciarán Joyce, O’Connell and Roche.

This generation know what it takes to win All-Irelands, but Cork can still use the pain of the past as rocket fuel in this maniacal pursuit of senior glory. For Cork’s mid-level group now, the worst of hardships have been endured at the hands of Tipperary in those All-Ireland U-21 and U-20 finals, particularly the 2018 group.

And now, with most of those Tipp players lined up against them in the other corner for the first time since that 2018 final, in Munster’s first Senior Championship knockout game between the counties in 30 years, Cork have the perfect opportunity to inflict the ultimate payback.

KEVIN HALE: Heroes guide us on a heroic path | Columnists