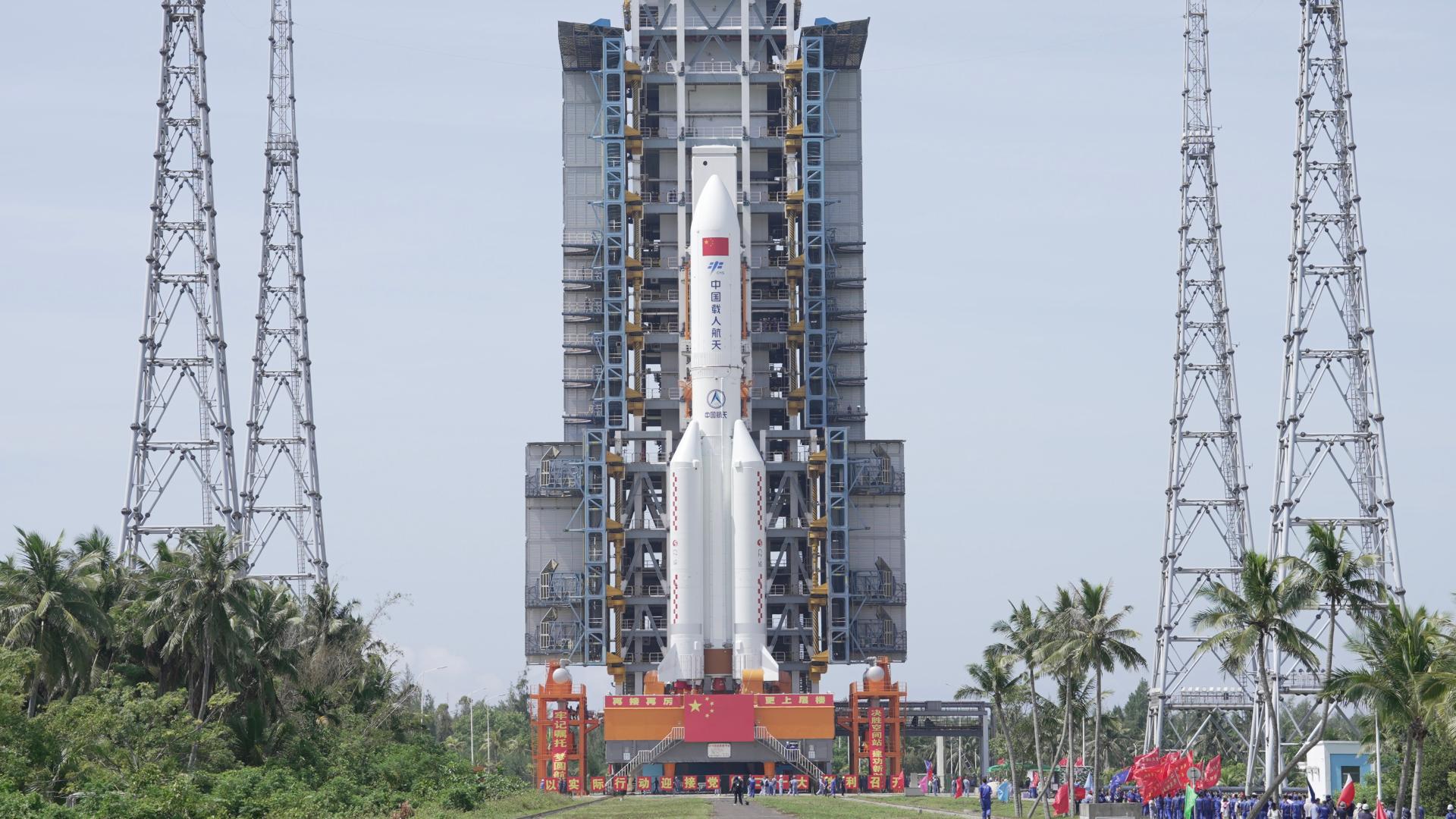 China’s Long March-5B Y3 rocket, which will send the Wentian laboratory module to the country’s under-construction space station in orbit in the coming days, was transported to the launch pad at the Wenchang spacecraft launch site on Monday morning. in the province of Hainan (southern China). .

“Our rocket is massive. It has complicated systems and requires very high reliability, so it has undergone a comprehensive test over a long period of time. We are delighted today to see it move to the launch pad,” said Wang Yumeng, chief designer of the Long March-5B rocket control system at the Chinese Academy of Launch Vehicle Technology (CALT).

In the coming days, various pre-launch functional checks and joint tests will be carried out as planned on the launch site.

“We have just completed all the tests in the technical area. Now the rocket has been sent to the launch area. There will be a functional test to finally confirm that the parameters of all systems are normal before powering the rocket,” said Su Lei, chief designer of the Long March-5B rocket control system at CALT.

The biggest challenge of the mission is to prepare the heavy carrier rocket in time. Otherwise, the mission will be delayed until the next launch window.

“On launch day, we need to make sure we’re on fire in less than three minutes. So we’ve made all the preparations, including our organization and command, our planning and layout, our reserve of personnel and supplies, and our response plans,” said Mao Wanbiao, deputy director of the Xichang Satellite Launch Center.

At present, the Chinese space station complex is composed of the Tianhe core module, the Tianzhou-4 cargo ship and the Shenzhou-14 crewed spacecraft.

The Tianzhou-3 freighter just separated from the complex on Sunday, leaving the forward docking port of Tianhe for the next Wentian laboratory module.

The three Shenzhou-14 Chinese astronauts, or taikonauts, who were sent to the core module last month, will witness the rendezvous and docking of Tianhe and Wentian in orbit.

What we know about Wentian

China’s space station will upgrade from the Tianhe core core module to a T-shaped three-module core structure by the end of this year, with Tianhe in the center and the two laboratory modules Wentian and Mengtian on either side.

Wentian is expected to arrive in July and Mengtian in October.

The Tianhe has a length of 16.6 meters, a maximum diameter of 4.2 meters and a take-off weight of 22.5 tons. Both lab modules are similar to the base module in length, size and weight, with more specific details yet to be revealed.

Like the Tianhe, the Wentian lab module is also equipped with living facilities for taikonauts, including three sleeping areas, a toilet, and a kitchen.

After the Wentian docks with the Tianhe, the crew of the Shenzhou-14 will enter the laboratory module to activate the life support system, install the science experiment cabinets and conduct experiments.

The Wentian cabin is primarily intended for space life science studies. It is equipped with scientific cabinets that can support experiments on life and ecology, biotechnologies, as well as comparative studies of biological mechanisms of growth under variable gravity conditions.

Experiment cabinets can be used to study the growth, development, heredity and aging of plants, animals and microorganisms in space, as well as research on closed ecosystems. Multilevel biological experiments on molecules, cells, tissues and organs can be conducted.

They will also come out of Wentian to perform extravehicular activities (EVA). Previous Shenzhou-12 and Shenzhou-13 crews all exited the Tianhe Core Module to perform EVAs.

In total, the Shenzhou-14 crew plans to conduct two to three EVAs over the next six months, during which they are expected to operate the large and small robotic arms.

Read more: What will China’s space station look like when completed?