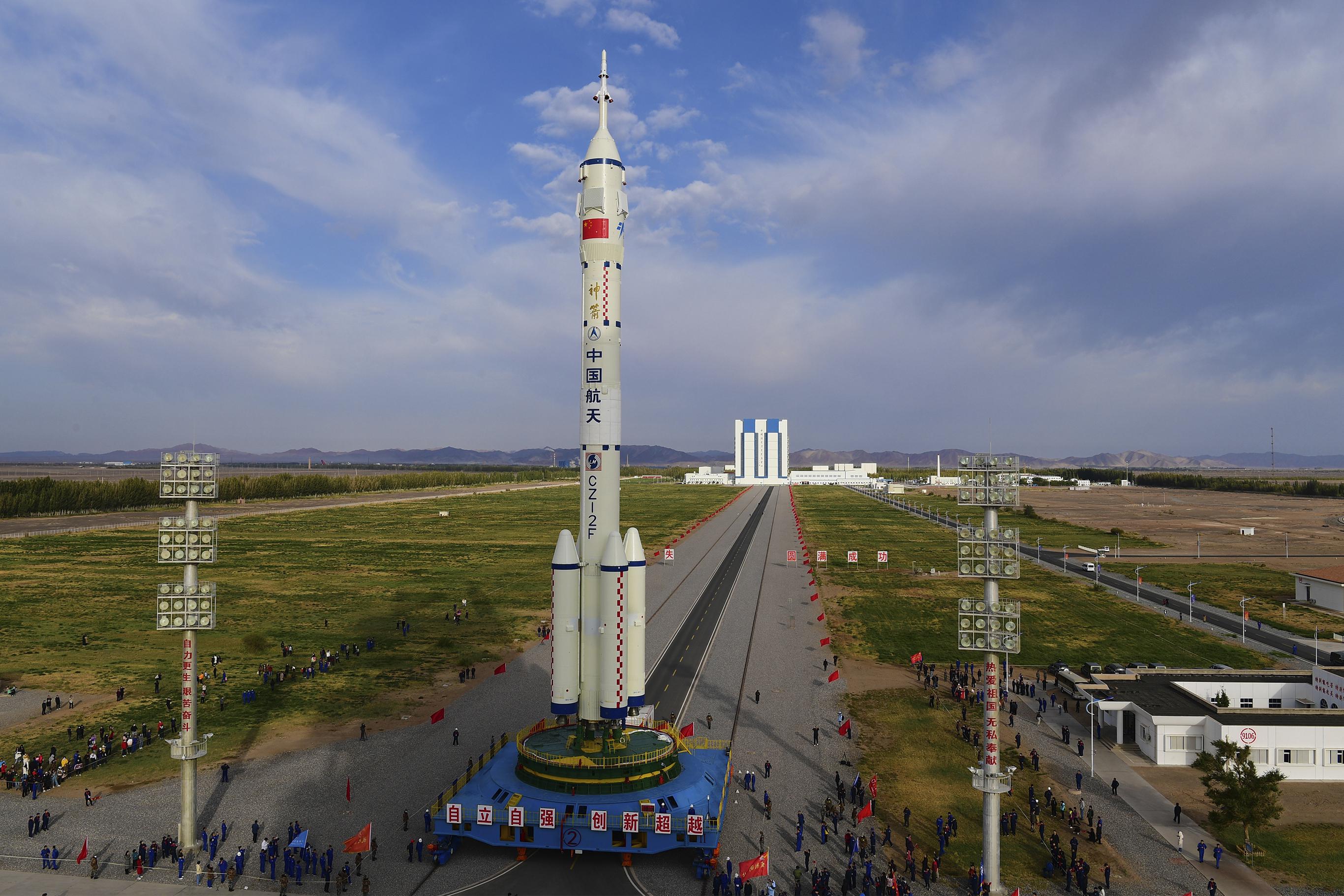 China to send 3 astronauts on longest crewed mission to date

BEIJING (AP) – China is preparing to send three astronauts to live in its space station for six months – a new step for a program that has progressed rapidly in recent years.

It will be China’s longest crewed space mission and set a record for the most time spent in space by Chinese astronauts. The Shenzhou-13 spacecraft is expected to be launched into space aboard a Long March-2F rocket early Saturday morning from the Jiuquan Satellite Launch Center on the edge of the Gobi Desert in northwestern China. China.

The first crew that flew a 90-day mission aboard the space station‘s main Tianhe module returned in mid-September.

The new crew includes two space travel veterans. Pilot Zhai Zhigang, 55, carried out China’s first spacewalk. Wang Yaping, 41, and the only woman on the mission, performed experiments and led a real-time science class while traveling on one of China’s first experimental space stations. Ye Guangfu, 41, will travel to space for the first time.

The mission is expected to continue the work of the original crew, who conducted two spacewalks, deployed a 10-meter (33-foot) mechanical arm, and held a video call with Chinese leader Xi Jinping.

China’s Manned Space Agency deputy director Lin Xiqiang said the rocket was fueled and ready to fly. â€œAll the systems leading the Shenzhou-13 mission have undergone a full rehearsal. The flight crew is in good shape and our pre-launch preparations are in order, â€Lin said in a briefing Thursday.

The crew’s planned activities include up to three spacewalks to install equipment for the station expansion, verify living conditions in the module, and conduct experiments in space medicine and in other areas, Lin said.

The Chinese military, which runs the space program, has released few details but says it will send several crews to the station over the next two years to make it fully functional. Shenzhou-13 will be the fifth mission, including unmanned trips to deliver supplies.

When completed with the addition of two more modules – named Mengtian and Wentian – the station will weigh around 66 tonnes, a fraction of the size of the International Space Station, which launched its first module in 1998 and will weigh around 450 tonnes once. finished. Lin said the two additional modules will be dispatched before the end of next year during the stay of the Shenzhou-14 crew, who has yet to be named.

China has been excluded from the International Space Station largely due to US objections to the secret nature of the Chinese program and close military ties. He planned to build his own space stations in the early 1990s and had two experimental modules before starting on the permanent station.

U.S. law requires congressional approval for contacts between U.S. and Chinese space programs, but China is cooperating with space experts from countries like France, Sweden, Russia, and Italy.

Lin said China is expanding this cooperation, with Ye Guangfu training with the European Space Agency in 2016, and European astronauts participating in China Sea survival training in 2017.

â€œWe welcome astronauts from other countries entering our space station and conducting international cooperation,â€ Lin said. “We believe that once the station enters the operational and use phase, more foreign astronauts will visit our station.”

China has launched seven crewed missions with a total of 14 astronauts on board since 2003, when it became the third country after the former Soviet Union and the United States to send a person into space by its own means. Two Chinese astronauts flew twice.

Along with its crewed missions, China has expanded its work on exploring the Moon and Mars, including placing a rover on the unexplored far side of the Moon and bringing lunar rocks back to Earth for the first time. since the 1970s.

This year, China also landed its Tianwen-1 space probe on Mars, whose Zhurong rover explored evidence of life on the Red Planet.

Other programs require collecting soil from an asteroid and bringing back additional lunar samples. China has also expressed its aspiration to land people on the moon and possibly build a scientific base there, although no timeline has been proposed for such projects. A highly secret space plane is also said to be in development.