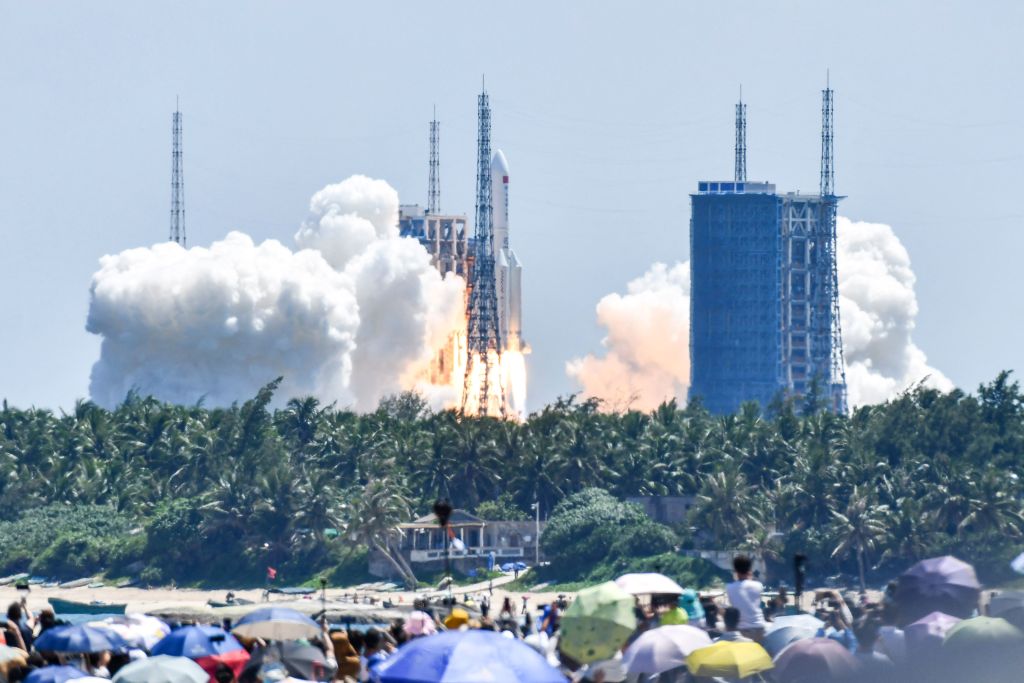 In a race to send the next astronaut to the moon, the Beijing space research institute has tested a new rocket engine, twice as powerful as its American competitor. As reported by the South China Morning Post, the ground test was successfully executed earlier this week.

The rocket engine will be used to launch China’s Long March 9 rockets which are still under development. The upper stage rocket can generate a force of 25 tons, which is greater than the American RL10 engine. This type of engine is used at high altitudes to generate additional boost to propel a spacecraft to its destination.

According to the China Aerospace Science and Technology Corporation (CASC), the launch would be “the world’s largest closed expansion cycle engine test”. This type of engine is the most efficient power source for human space travel, which can turn a small amount of liquid hydrogen into high-pressure gas by using waste heat.

It can drive turbines to increase hydrogen and oxygen pressure in fuel pumps. Then the gas will enter the top of the combustion chamber, which will be used as fuel. The closed expansion cycle is more efficient than the combustion process in conventional rocket engines because it does not require the rocket to carry additional gas to power the pumps.

Chinese rocket scientists have invented a new heat exchanger with rib-like components that can absorb heat from the surface of the combustion chamber and transfer it to liquid hydrogen with unprecedented efficiency. The components have been manufactured using the latest 3D printing technology to produce a very smooth surface which can increase heat exchange much faster compared to traditional components.

They also used new titanium alloys so the fuel pumps would maintain high efficiency while working in extreme conditions.

Read also : Debris from a Chinese Long March-5B rocket hits the Philippines – Is there any damage?

Send Chinese astronauts to the moon

For China to succeed in its mission of sending Chinese astronauts to the Moon, it will need four new engines working together. They have partnered with Russia to build an international research station on the Moon, with plans to send an astronaut to the lunar surface before 2030.

Currently, China’s heavy rocket for the moon landing mission is still under development.

China and the US Moon Race

With that, NASA’s American Artemis program has 20 member nations that aim to land American astronauts on the moon by 2025. They built the space launch system, but it’s currently sitting on a launch pad, while waiting for his first flight which was delayed.

Related article: Chinese rockets to save the Earth from asteroids? Chinese researchers want to try it

This article belongs to Tech Times.

ⓒ 2022 TECHTIMES.com All rights reserved. Do not reproduce without permission.

Team Spotlight: Who are Moist Esports?