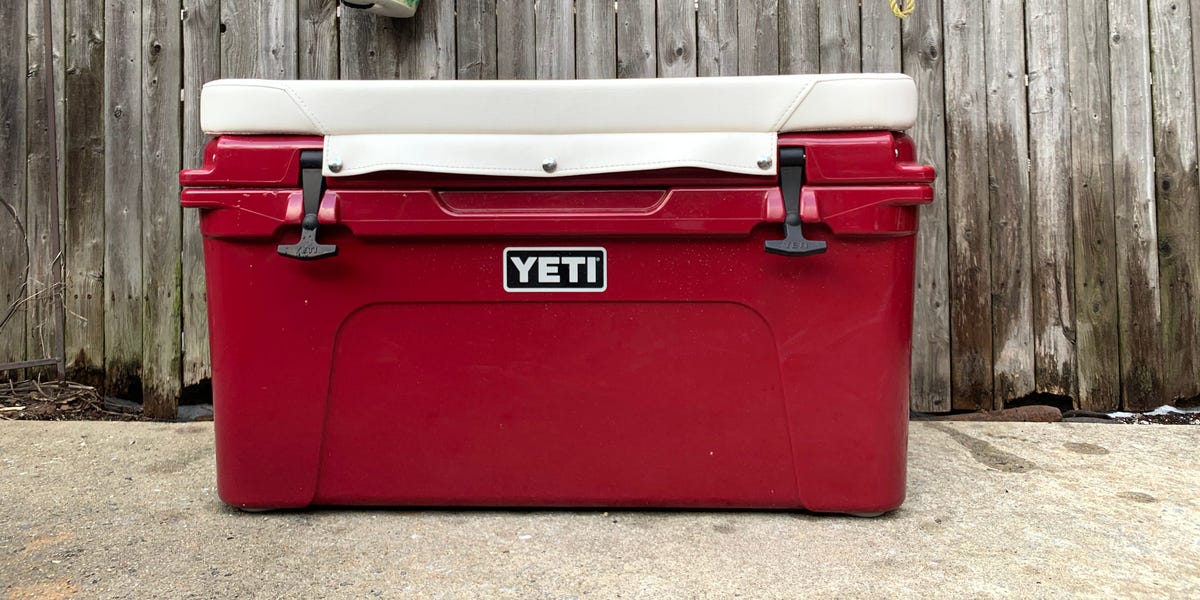 Does Yeti make the best coolers? Yes. Kind of.

When you buy through our links, Insider may earn an affiliate commission. Learn more.

One of the most regular questions I get from readers, family and friends is “Is Yeti really worth it?” Invariably, I answer, in a word, “yes”. But before they can get an answer on edge, I’ll quickly add that where most people are concerned, his coolers are absolutely useless.

I have used, abused, repaired and depended on coolers for most of my life in every way. Whether working on recreational and commercial fishing boats, managing private yachts, or living in RVs, coolers have often been my lifeline to some degree. But while I maintain that Yeti is unquestionably the best, almost any other cooler brand you’ve heard of will serve you and your purposes just as well.

Why you’re (probably) better off with a simple, non-rotomolded cooler

Yeti has done a stellar job selling the experience, and the term “overbuilt” virtue signaling, which is a phrase often used outdoors, has undoubtedly proven effective, as evidenced by the bumper stickers. -shocks, hats, etc.

But for the majority of the population, they are just that: overbuilt. They are also incredibly heavier.

Case in point: My mom recently jumped on the craze and borrowed my 12-year-old, still-powerful Tundra 35. She loved it; until the day she tried to remove it from the trunk of her car during a trip to the beach. There was simply no way to get from the parking lot to the beach.

For such a day trip this is unequivocally overkill. Unless you rely on one to store raw animal protein for long periods of time, or live in an RV or RV without a refrigerator, an inexpensive cooler is remarkably efficient. They are also lighter and tend to offer significantly more storage space.

And for my beer-loving brethren, there’s probably no more absurd modern technology than the vacuum rotomolded cooler, regardless of brand. Your standard Coleman or Igloo will suffice. Just know that when it comes to both to obtain and keeping anything cold, you’ll want to maintain an ice to drink ratio of around 2:1.

The brand has come to define itself as the world’s coolest Louis Vuitton (who thought such a thing could exist just over a decade ago?). But like LV, the technology of rotomolded, vacuum-sealed coolers isn’t exactly rocket science and any number of knockoffs will be more than enough.

Unlike Louis Vuitton, however, Yeti earned its name early on based on quality above all else. And while it’s undoubtedly the product of immaculate marketing that could easily join the ranks of Got Milk? and Corona-bottle-on-the-beach campaigns, he manages to sell something as well as the dream of an experience.

Take a look at a number of product recommendation sites and you’ll often find data to suggest Yeti lives up to its campy slogan “Wildly Stronger! Keeps Ice Longer!” And while other brands have achieved this level of resilience, none seem to have done so with the Yeti’s low profile, except for a few outright knockoffs, which on occasion have been taken to heart. party (and to the court).

But some alternatives somewhat compete with Yeti.

One brand of cooler I turn to instead of a Yeti is Rtic. Besides the logo, Rtic coolers aren’t just spitting images of Yetis, they work fair about as good with a few minor exceptions: the handles, hardware, and accessories (especially the seat cushions) don’t last as long.

If you’re not tough on things, they’ll probably survive well enough for you. But a season or two in my service and the seat cushion is pretty torn, and the latches wear out and don’t seal as well.

If you’re stocking up on drinks and/or sandwiches for an afternoon at the beach, the park, a kid’s soccer game, or a day trip from point A to point B, save your wallet and strength and take a Coleman Performance or Igloo Max Cold instead.

But if you take your coolers out of the pickup beds, go on a week-long trip, and grab (or cache) some raw meat or seafood, a Yeti will treat you well as long as you keep a 2:1 ice -to- whatever the ratio.

Owen Burke is a senior home and kitchen reporter at Insider, helping to create an all-new section of guides for insider reviews. Always in search of the perfect espresso, it focuses on espresso machines and equipment, juicers, kitchen knives, grills, meat and seafood, and outdoor products.
Previously, he has contributed to Wirecutter, Outside, Surfer Magazine and The Atlantic. He has also worked in barebacks, restaurants, and on fishing boats, holding a USCG captain’s license.
He is a contributing author on The Ocean: The Ultimate Handbook of Nautical Knowledge.
Say hello to [email protected]
Learn more about how our team of experts test and review products at Insider here.
Learn more about how we test kitchen products.