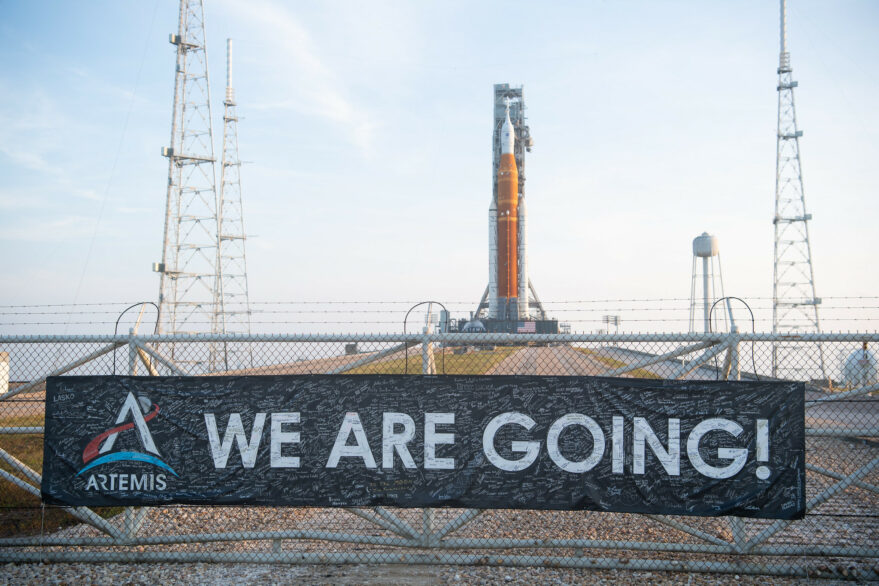 NASA and America are about to experience a space renaissance with the maiden voyage of the Space Launch System rocket, part of NASA’s Artemis program. Many of us remember Neil Armstrong’s first steps on the Moon and the launch of the International Space Station. The Space Launch System rocket will launch with it the inspiration to bring humans back to the moon, and eventually Mars. This generation of explorers is certain to make discoveries never before contemplated.

I have witnessed the evolution of American space travel throughout my life with Apollo, Skylab, the International Space Station, Space Transportation System (space shuttle), then as Vice President of Space Launch System (SLS ). Human spaceflight is extremely complex, and although we have recently witnessed new adventures, we should never take for granted or minimize the complexities and risks of space exploration. This new chapter of the US space program has been a marvel, and I have never been more excited about our country’s future in space than I am right now.

Experience is key to understanding the mistakes and triumphs of the past and applying those lessons in the future. Innovation is key to advancing technological developments and pushing the boundaries of what is possible. Right now we are witnessing a renaissance of the US space program. It uses both experience from previous programs and innovation to chart a new course for the next generation of space exploration.

In 2012, when the SLS program got underway in earnest, NASA’s Michoud Assembly Facility in New Orleans required major upgrades to make it the modern, world-class rocket factory it is today. today. Simultaneously with these improvements, the New Orleans area experienced five hurricanes. These setbacks culminated in today’s path, with the advent of an uncrewed launch making its first attempt in August 2022, with a crewed launch window in subsequent years once data from this critical first mission captured and studied. Despite these challenges, SLS followed a development path similar to that of the Space Shuttle and Apollo.

Funding has also been a challenge for the program. Unlike privately funded space development operations, NASA is bound by congressional appropriations. Traditionally, Congress has used a bell curve of development for US space programs. For example, the contract for the International Space Station was considered important during its development, but became a model of efficiency throughout its lifespan by moving from a development program to an operating model and of maintenance. Let’s not forget that without the ISS, there would be nowhere for commercial space capsules to carry private astronauts and riders into low Earth orbit.

NASA’s SLS program is unique in that it was developed with block funding from Congress. Compared to the Apollo development programs, which had a higher overall budget, SLS development was more cost effective at about a quarter of Saturn V rocket development. SLS also averages the same cost as the annual credit of retired Space Shuttle operations while facing the uncertainty of several ongoing short-term resolutions to fund the government over the course of of the last decade.

The nation hasn’t seen a rocket and capability like the SLS and Orion capsule since the space race half a century ago. At a time when the world needs a beacon of hope and something bigger than ourselves, I hope a successful launch of SLS will remind us all to look up at the stars and think about activities greater than ourselves. Who knows? Maybe the budget hawks and critics of this program will finally look up and see something bigger, too.

Virginia “Ginger” Barnes is a member of the board of the Challenger Center and of the board of AstraFemina. She spent three years as president and CEO of United Space Alliance, LLC, the Boeing-Lockheed Martin joint venture that managed US space shuttle operations. Barnes has extensive experience leading space and defense programs at Boeing. Barnes graduated from the University of Alabama at Huntsville and earned a master’s degree in commerce from Vanderbilt’s Owen Graduate School of Management.

NASA’s Original Moon Rocket Was Powerful, But A Famous Claim Has Been Exaggerated