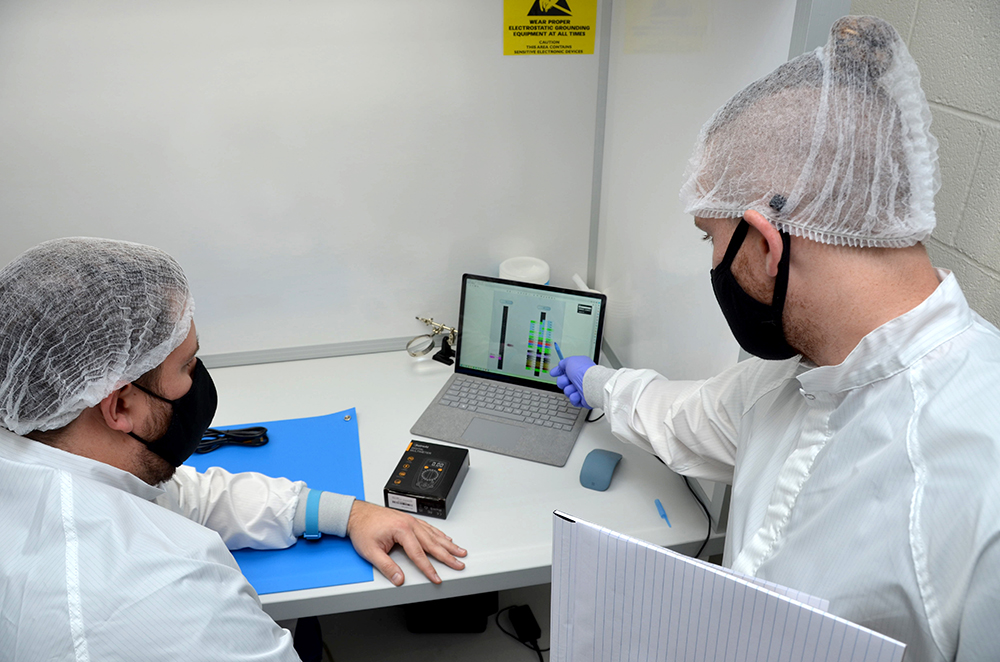 LAWRENCE — A group of engineering students at the University of Kansas plan to launch a small satellite, called CubeSat, aboard a NASA rocket later this year.

CubeSats are tiny “nanosatellites” the size of a loaf of bread, weighing about 3 pounds, and are being launched as part of a NASA program that offers educational institutions and nonprofit organizations a chance to share space on its rockets. Members of the KUbeSat team expect the university’s first satellite to reach orbit with a launch in June.

“The goal behind the CubeSat launch initiative is that they want every state in the country to launch a satellite,” said Arno Prinsloo, a PhD student in engineering from Belton, Missouri, who serves as the project manager for the ‘effort. “And the strangest thing is that Kansas didn’t do that. So we’re actually aiming to build the very first satellite out of Kansas. »

This is not the first time that KU has tried to put a satellite into orbit. The students made the first attempt at CubeSat in 2006, with plans that called for the payload to be launched from Kazakhstan aboard a Russian rocket. This launch, however, failed on the way to orbit.

This time, the engineering students had a new advantage. Learned Hall’s Hill Space Systems Laboratory opened in 2019 to do the complicated work of building satellites. The lab includes a 12-by-12-foot “clean room” where students don protective clothing while they build the device; a second room in the same laboratory is equipped with computer equipment so that students can design and test their creations.

“That’s where we do a lot of our work. It’s a definite morale booster. Before we had this lab, we operated wherever students could congregate. A sense of belonging is important,” said Mark Ewing, associate professor of aerospace engineering and team advisor. There are also practical benefits, he said – the lab’s clean room “gives us an extra element of assurance that we don’t get dirt and dust in something that’s going to go into space. “.

“It’s really important when we’re working on the satellite, because any bits of dust that get into the satellite could short it out once it’s ascended into space,” said Brody Gatza, an engineering junior. Aerospatiale of Olathe who serves as President of the KUbeSat club. “It’s really cool to have a facility like that at KU.”

The KUbeSat project includes approximately 50 students divided into six different teams, each focusing on a different aspect of the design-build process. The satellite itself has two different instruments – a cosmic ray detector and a pulse generator that will help calibrate the orientation and position of the satellite as it flies over Antarctica. He will also carry a camera.

“We’ll be taking pictures of Lawrence on our flyovers,” Prinsloo said. “I hope it coincides with a basketball game or a homecoming or something. That would be pretty cool to see that.

The work was stimulating and rewarding for the participants.

“The students mostly did it on their own,” Ewing said. “They have become very good at software and integration issues. It’s remarkable, the number of students involved.

“It’s really cool to say that I worked on something that’s going to be in space before I even graduated and went to work somewhere,” Gatza said. “It’s going to be something great to have on the CV. It’s just really cool for me personally, because it’s something I’ve always wanted to do. And I didn’t think it would happen so quickly.

“To have this opportunity as a little farm kid from South Africa or the Midwest, whichever you prefer, is just amazing,” he said. “I always tell people that I grew up in the United States, and I consider that to be my home country, but I’m still an immigrant, and being a part of what I do now feels like in many ways to the American dream.

There is more to come. KU is already considering future CubeSat launches and is looking for new ideas for instruments to embark on its next satellites.

“We actually already started designing our second satellite the other day,” Prinsloo said. “The next team is going to take over, and they’re going to put the next one in motion.”

Pictures: A group of engineering students from the University of Kansas plan to launch a small satellite, called CubeSat, aboard a NASA rocket in June 2022.

LunaFi will launch the first gamified IoT by CoinQuora