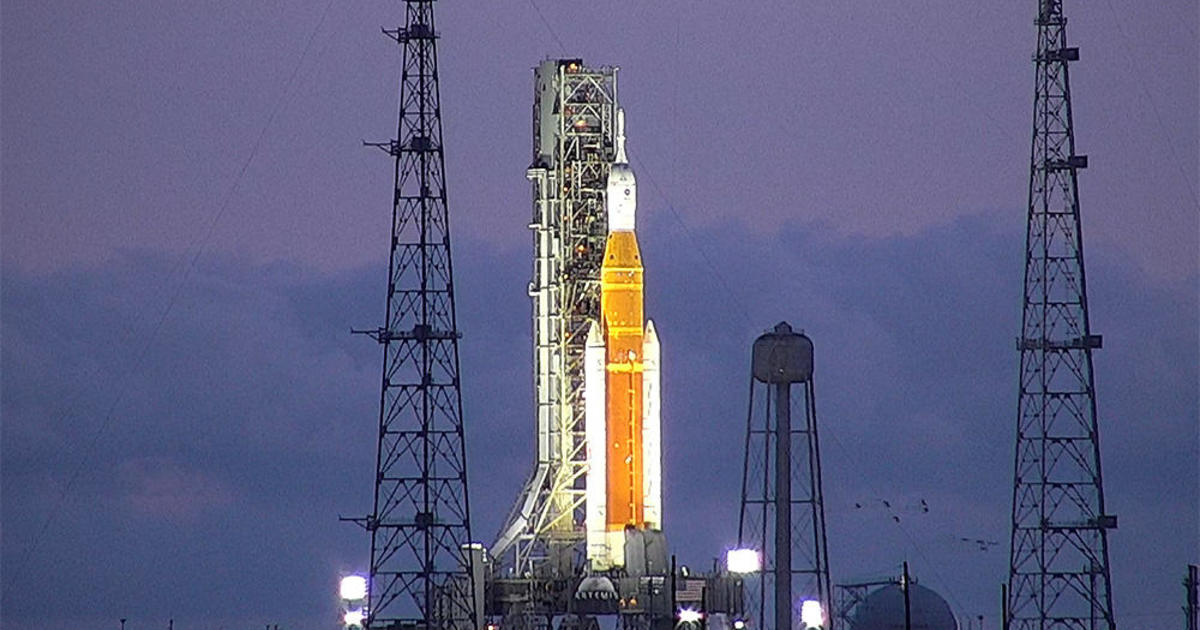 NASA on Sunday canceled plans to load its new Space Launch System lunar rocket with more than 750,000 gallons of liquid oxygen and hydrogen due to issues with the launch pad support equipment needed to prevent the accumulation of dangerous gases. The team plans to try again on Monday.

The giant, 322-foot-tall SLS rocket was transported to Launch Pad 39B at Kennedy Space Center on March 18 for a dress rehearsal countdown to pave the way for its first liftoff in early summer for send an unmanned Orion crew capsule on a flight past the moon and back.

Once fully loaded, the team planned two terminal countdown trials, one to approximately T-minus 33 seconds and another to less than 10 seconds to test recycling procedures and ensure that the system will be ready for the real thing.

But the countdown was delayed, first to give engineers time to get back on schedule after delays caused by stormy weather over the weekend, then by problems with the fans used to pressurize the platform. mobile rocket launcher. Fans maintain positive pressure within the structure to prevent buildup of free hydrogen during the refueling operation.

After several hours of troubleshooting at the pad and launch control center, mission managers decided to cancel the test for the day to give engineers time to correct the problem.

“Fans are required to provide positive pressure to enclosed areas of the mobile launcher (to) keep hazardous gases out,” NASA said in a blog post. “Technicians are not able to safely load propellants into the core and upper (upper) stage of the rocket without this capability.”

Former shuttle program manager Wayne Hale said he was not surprised that problems arose during NASA’s first attempt to get through a complex countdown with the fastest rocket. largest and most powerful ever built by the agency.

“Just the kind of ground system issue I was expecting,” he tweeted. “Short-term delay. First time through this kind of trouble is expected.”

NASA’s Exploration Ground Systems group tweeted: “This is the first time we’ve done the integrated cryogenic operations on the pad and the teams are taking lessons as they progress through the countdown procedures. The events taking place now represent a great training and learning opportunity for the team before they kick off.”

Development of the ‘mega rocket’ is years behind schedule and a billion over budget, but NASA hopes to launch its Artemis lunar program by launching the first SLS in early summer, followed by a piloted flight around from the moon in 2024. The first of a series of NASA astronaut landings are scheduled for 2025 or soon after.

Bill Harwood has covered the US space program full-time since 1984, first as Cape Canaveral bureau chief for United Press International and now as a consultant for CBS News. He has covered 129 space shuttle missions, every interplanetary flight since Voyager 2’s flyby of Neptune, and dozens of commercial and military launches. Based at the Kennedy Space Center in Florida, Harwood is a dedicated amateur astronomer and co-author of “Comm Check: The Final Flight of Shuttle Columbia.”