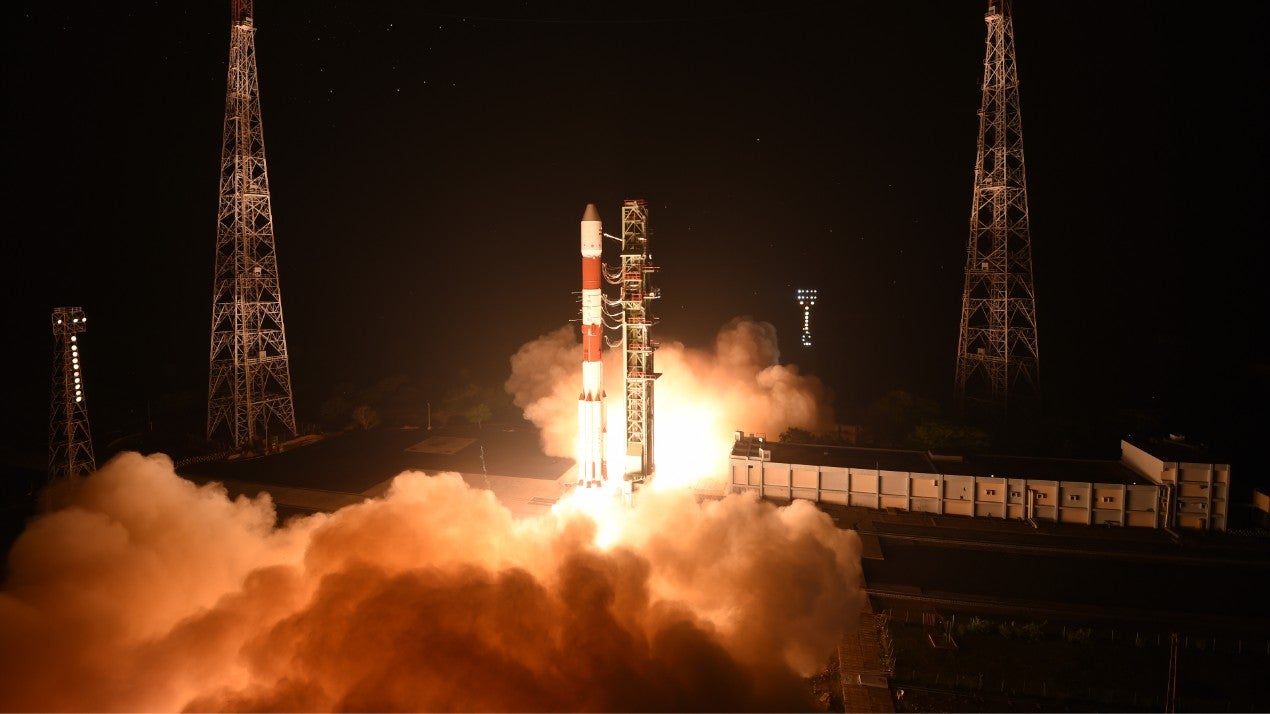 The Hindustan Aeronautics Ltd and Larsen & Toubro Ltd (L&T) consortium was found to be the cheapest bidder to manufacture five Polar Satellite Launch Vehicle (PSLV) XL rocket variants out of the three that had bid, an official said of the space sector.

With this, the transfer of PSLV-XL production outside the Indian Space Research Organization (ISRO) takes a step forward.

“Hindustan Aeronautics and L&T consortium was found to be the lowest bidder to manufacture five PSLV-XL rockets. Now, further agreements need to be signed between NewSpace India Ltd (NSIL) and the winning consortium before awarding the contract “said an official, preferring anonymity, said IANS.

According to the manager, the remaining activities should be completed in a few months if all goes well.

“The first PSLV-XL rocket is expected to be completed in 24 months from the date of contract award. Thereafter, one rocket every six months is to be delivered to NSIL,” the official added.

The first rocket should be produced in the second half of 2024, and the remaining four rockets will be delivered in 2025 and 2026 at the rate of two rockets per year. It is the first time in ISRO’s history that an entire rocket, including the heat shield, will be manufactured outside the space agency.

However, the official declined to say whether the amount of the winning bid was around Rs 825 crore (around Rs 165 crore per rocket) excluding tax. According to an NSIL official, the selected industry player can use ISRO’s facilities for a fee, and it is the industry’s responsibility to deliver the rocket. It will be interesting to see the net cost of the rocket to NSIL. ISRO officials used to say that the PSLV-XL version would cost around Rs 190 crore, and for five it will be around Rs 950 crore.

The other two bids for the project were made by the consortium Bharat Heavy Electrical Ltd (BHEL) and Bharat Electronics Ltd (BEL)-Adani Enterprises Ltd (AEL) and Bharat Earth Movers Ltd (BEML).

The PSLV-XL rocket, weighing about 320 tons, is a four-stage rocket, with each stage fed alternately by solid and liquid fuel. According to the space sector manager, the Hindustan Aeronautics-L&T combination will deliver all stages including the heat shield to ISRO’s rocket port at Sriharikota in Andhra Pradesh. The first stage of the rocket will be assembled at the Sriharikota launch pad. The stacking of the rocket and satellite stages will be carried out by ISRO.

The NSIL will market the rockets for commercial flights. The rockets will also be used for domestic space missions.

According to an NSIL official, the company will be dealing with Hindustan Aeronautics, the consortium leader, and it is unclear how the two companies are structuring their setup for the project. Although both companies supply components for ISRO, the volume of their supplies to make a PSLV-XL rocket is not known. The official also said that after seeing how the model works, the company may decide to transfer the entire production of the PSLV to industry players. Then there will be another tender for the same thing because the dynamics would be different, an NSIL official said.

NSIL will also issue an Expression of Interest (EOI) for the manufacture of ISRO’s small rocket, the Small Satellite Launch Vehicle (SSLV) – which is under development. The selection process for SSLV will be easier because NSIL has the experience in choosing the industrial partner for the manufacture of the PSLV rocket. In addition, the SSLV is of simpler technology – solid fuel engines power it.

Then there will be the EOI for the manufacture of ISRO’s heavier rocket, the Mk III Geosynchronous Satellite Launch Vehicle (GSLV-MkIII), the official added.

Meanwhile, NSIL has issued an “Explanatory Note of Interest” to transfer technology from ISRO for manufacturing the small satellite – India Mini Satellite-1 (IMS-1) Bus. The company received about 10-15 responses for the same.

The satellite will have a payload mass of 30 kg and a two-year autonomy.

The NSIL has a mandate to build and launch rockets and satellites through industrial partners and also to provide space services through remote sensing and communications satellites.

Last year, the company released the industries request for proposals (RFP) for the manufacture of five PSLV rockets.

The above article was published by a news agency with minimal changes to the title and text.