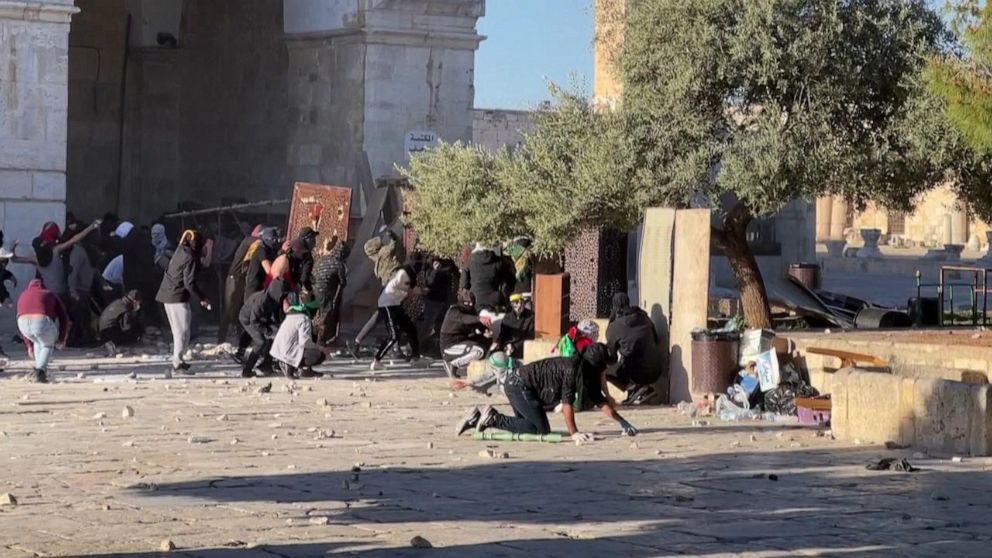 JERUSALEM – Israeli tanks fired into southern Lebanon early Monday in response to a rocket fired from the country, the Israeli military said.

The incident along Israel’s northern border comes at a time of heightened tensions between Israelis and Palestinians. The past few weeks have seen a series of deadly attacks inside Israel, deadly arrest raids by Israel in the occupied West Bank and rocket attacks against Israel launched from the Hamas-controlled Gaza Strip, as well as than clashes at a key holy site in Jerusalem.

It is the worst violence to rock the region since an 11-day war between Israel and militants in Gaza last year.

In a statement, the Israeli military said the rocket landed Monday morning in an open area in northern Israel, causing no damage or injuries. Shortly after, the army said it struck “the sources of the launched projectile and an infrastructure target in southern Lebanon”. He said “routine activities” in northern Israel were continuing and no special precautions were being asked of civilians in the area.

There was no immediate claim of responsibility for the rocket fire, but Brig. Gen. Ran Kochav, the military spokesman, told Israel’s Army Radio that he assumed the rocket was launched by Palestinian militants in Lebanon, spurred by recent events in Israel, the West Bank and Lebanon. Gaza.

He said Israel’s response was aimed at “making it clear to everyone on the other side, be it the Palestinian factions, Hamas, the Lebanese government or Hezbollah, that we will not allow that Israeli sovereignty is violated,” he said.

Israel and the Hezbollah militant group in Lebanon are bitter enemies who fought an inconclusive month-long war in 2006. The border area has remained tense but mostly calm since then.

Small Palestinian groups are also active in Lebanon and have been suspected in several rocket attacks in recent years.

Opinion: Ending the sale of addictive flavored tobacco in San Diego is within reach