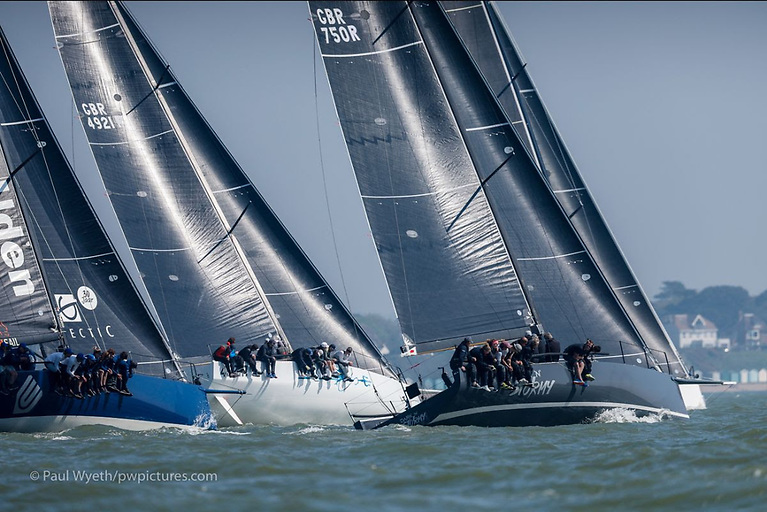 A new Grand Prix Zero class based in Solent invites members to join.

The goal of GP Zero is to create a series of competitive races at existing events for high performance boats that race under IRC.

The inaugural event for the new class of IRC racing, Grand Prix Zero (GP Zero) will take place at the Royal Ocean Racing Club’s Vice Admiral’s Cup from May 20-22. The 2022 GP Zero series has teams competing in five regattas set in the Solent from May to October.

Future plans include forming GP Zero races at regattas outside the Solent, including international events.

The class will also actively promote after race meets. These social events will be great fun, but also a great place to spread new ideas and plan future GP Zero events.

“In light of the recent drift of racing activity away from IRC keelboats and towards One-Design, many owners of competitive IRC designs, especially those with higher ratings, have been discussing ways for boats focused on the performance of competing in the Solent and beyond,” commented GP Zero Class Chairman Ian Atkins. “The conclusion is to create a new dedicated class for the group – Grand Prix Zero. With the support of the RORC and several Solent based Yacht Clubs we offer a rating band of 1.192 to 1.394 and a max DLR of 105. This rating band includes IC37s up to TP52s, this initial consideration can be extended if the majority of GP Zero owners agree.

Five teams are expected for the RORC Vice Admiral’s Cup. Expressions of interest have been received from over a dozen international teams for future regattas.

Ker 43 Baraka GP The Baraka GP of Harmen Jan de Graaf (NED) will be skippered by his son Olivier de Graaf with a mainly Dutch and Belgian crew. Baraka GP has a winning profile offshore, including the Round Ireland Race. Inshore Baraka GP was a force to be reckoned with in the FAST40+ class before rule changes meant the boat could no longer feature. Baraka GP has the longest waterline length in GP Zero for the Vice Admiral’s Cup, but also the highest IRC ranking (1.276)

Carkeek 40+ Ran Niklas Zennström’s Carkeek 40+ Rán is arguably the most optimized IRC boat ever built. Rán 7 launched in April 2018 and took the FAST40+ fleet by storm. Rán won the class for the 2021 IRC National Championship and Vice Admiral’s Cup. Rán Racing’s project manager is Tim Powell and the crew is a mix of top professionals and talented young sailors. For the RORC Vice Admiral’s Cup, Rán has the second highest rating, the radical design is a rocket in medium to strong breezes but can be weaker in light airs.

Botin 42 Dark ‘n’ Stormy GP Zero Class Chairman Ian Atkins acquired Dark ‘n’ Stormy (formerly Jean Genie from Peter Morton) earlier this year. Atkins admired the speed of the boat as it circled the Solent, in particular finishing second behind Rán by a single point at the 2021 IRC Nationals. Ian has always sailed with the best sailors with the right attitude and Dark ‘n’ Stormy is no different. Skipper winner of the Volvo Ocean Race and double Olympic silver medalist, Ian Walker will be tactical. Admiral’s Cup winner Mark Chisnell is the navigator, and the very experienced Nick Bonner is on the mainsail sheet.

IC37(MOD)Fargo Bertie Bicket’s modified IC37 Fargo is from the drawing board of Mark Mills and is the smallest and lowest rated boat in the GP Zero for the Vice Admiral’s Cup. Baraka gives Fargo about 5 minutes per hour in IRC time correction and all GP Zero boats give more than 4 minutes in corrected time. Although Fargo doesn’t have the same top speed as the competition, all GP Zero boats have the ability to get into the plane downwind and also maximize VMG upwind. Although Fargo may not have the firepower on the start line, the boats ahead will be a good indication of the best pressure during the race. Fargo’s crew with Bicket driving includes some of the sharpest young talent in Nick Robins and Dan Budden, both members of the GBR Olympic 49er team, and tricky multiple world champion Mark Heeley.

Insurance Claims – The Problems and Some Solutions