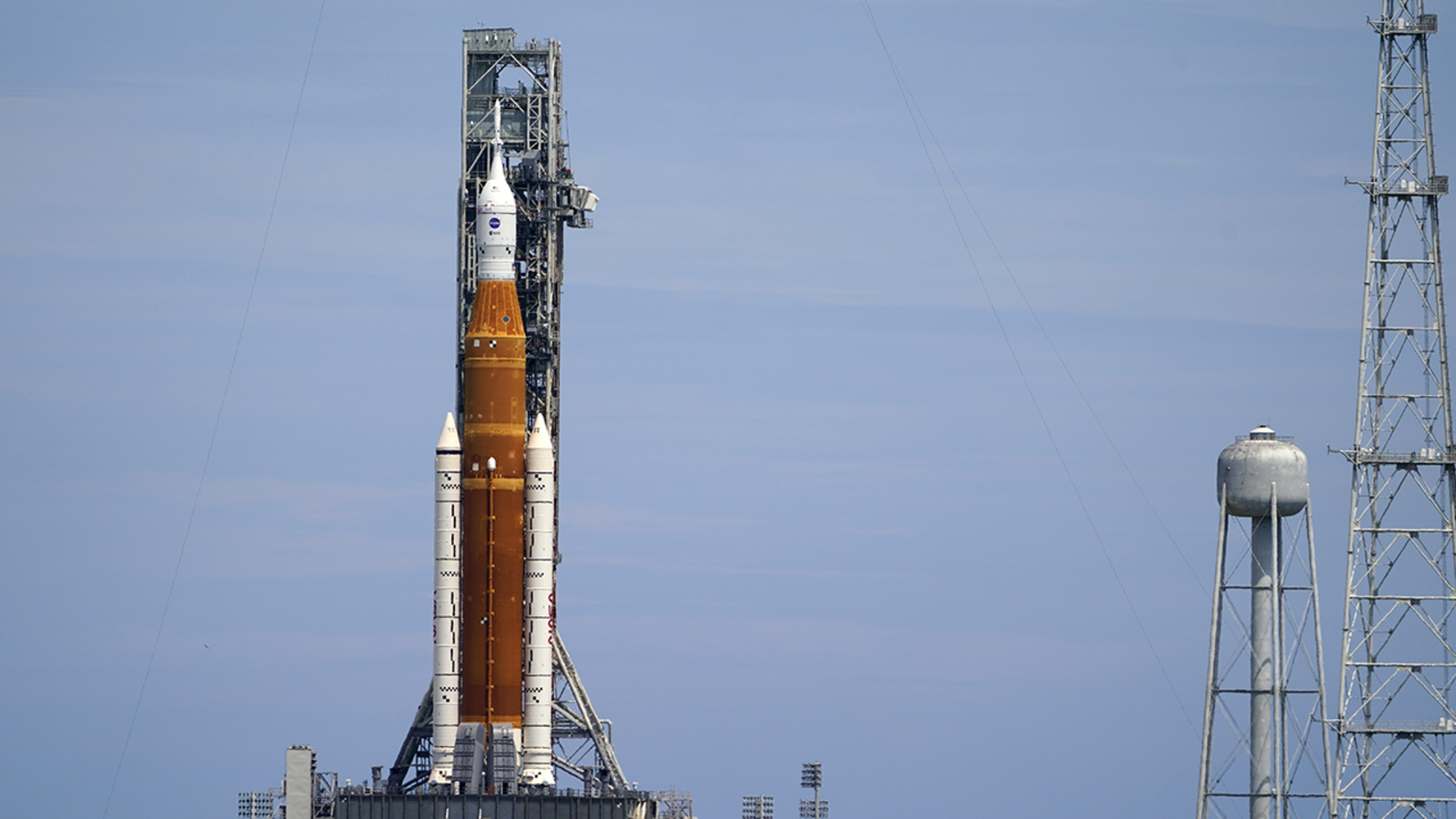 CAPE CANAVERAL, Florida — NASA will try again on Saturday to launch its new moon rocket on a test flight, after engine problems interrupted the first countdown this week.

Officials said Tuesday they were changing refueling procedures to fix the problem. A bad sensor could also be to blame for Monday’s canceled launch, they noted.

The 322-foot (98-meter) rocket – the most powerful NASA has ever built – remains on its pedestal at Kennedy Space Center with an empty crew capsule on top.

The Space Launch System rocket will attempt to send the capsule around the moon and back. No one will be on board, just three test dummies. If successful, it will be the first capsule to fly to the moon since NASA’s Apollo program 50 years ago.

Launching on Saturday will provide additional information, even if the problem reappears and the countdown is interrupted again, NASA rocket program manager John Honeycutt said. It’s better “than us sitting around scratching our heads, was it good enough or not”.

“Based on what I heard from the technical team today, what we need to do is continue to review the data and refine our plan to put the justification for the flight in place,” a- he declared.

MORE: A group of visually impaired veterans will experience the launch of Artemis 1 in a unique way

During Monday’s launch attempt, readings showed that one of the rocket’s four core-stage main engines could not be sufficiently cooled before the planned liftoff ignition. It appeared to be up to 40 degrees Fahrenheit (5 degrees Celsius) warmer than the desired minus-420 degrees Fahrenheit (minus-250 degrees Celsius), the temperature of hydrogen, according to Honeycutt. The other three engines came in just a little short.

All engines appear to be fine, according to Honeycutt.

The cooling operation will be carried out half an hour earlier for the launch attempt on Saturday afternoon, once refueling begins that morning. Honeycutt said the timing of this engine cooling was earlier in successful testing last year, so doing it earlier might do the trick.

Honeycutt also questioned the integrity of an engine sensor, saying it may have provided inaccurate data on Monday. Changing that sensor, he noted, would mean bringing the rocket back into the hangar, leading to weeks of delay.

Already years behind schedule, the $4.1 billion test flight kicks off NASA’s Artemis lunar exploration program, named after Apollo’s twin sister in Greek mythology. Astronauts could strap in as early as 2024 for a lap around the moon and attempt a lunar landing in 2025.

The Associated Press Health and Science Department is supported by the Howard Hughes Medical Institute Department of Science Education. The AP is solely responsible for all content.

Copyright © 2022 by The Associated Press. All rights reserved.