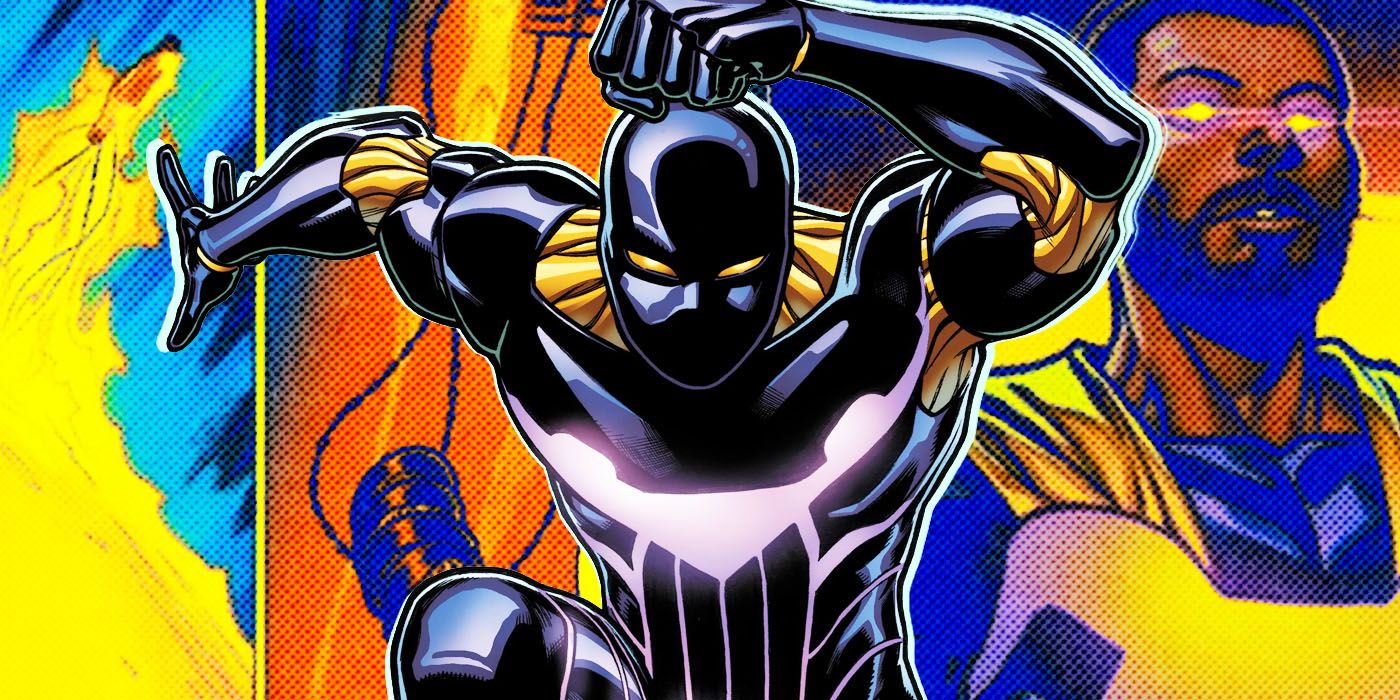 The following contains spoilers for Avengers Forever #6, out now from Marvel Comics.

The Marvel Universe and the DC Universe have long referenced each other openly, especially in recent years when in-universe equivalents clash with classic characters from their most famous competitors. This can take the form of the Avengers wiping out the Justice League-like Great Society or Darkseid effortlessly killing Thanos’ expy Tartarus in battle. It’s even seen Marvel create several responses to DC’s most iconic founding character, including a short story that merges a fan favorite with the Man of Tomorrow.

avengers forever #6 (by Jason Aaron, Jim Towe, Guru-eFX, and VC’s Cory Petit) turned Vibranium Man, a gifted and desperate variant of Black Panther, into Marvel’s answer to Superman. But his mission of revenge could prevent this Man of Vibranium from being the true hero the multiverse needs.

RELATED: The Avengers’ Most Diabolical Enemy Sets the Stage for a Thor War

avengers forever has been an interesting exploration of the Marvel Multiverse, highlighting the worlds that have been targeted and in many cases destroyed by the Masters of Evil. This includes King Killmonger, a demented variant of Erik Killmonger who razed his world from upgraded Destroyer armor. Now seeking to wipe out all versions of Wakanda, Killmonger made his way through the multiverse, wiping out realities. One of these worlds was however unique.

As the assault on his world shattered his Wakanda, this reality’s T’Chaka was able to save his son by blasting him across the universe in a vibranium rocket, in a clear parallel to Superman’s origins. Transforming the Vibranium into adaptable and unstoppable armor, this variant of Black Panther became known as the Vibranium Man. This hero has spent the rest of his life battling against Killmonger’s soldiers, all with the goal of getting to him and finally getting revenge. Along the way, Vibranium Man adopted Spider-Man-like strategies and Iron Man-like technology, that wasn’t enough, with King Killmonger eventually battling T’Challa and throwing him into a star.

However, this actually backfired on Killmonger. Wrapped in his unique vibranium armor, T’Challa survived with the metal shielding him from the heat while allowing him to absorb cosmic radiation. A few days later, multiverse Robbie Reyes located this version of Black Panther and was able to free him from the star. The now cosmic-level Black Panther, known as the Star Panther, seems poised to fight alongside his newfound allies against the Masters of Evil.

It’s a surprising and contextually rich moment considering the history this version of Black Panther references. Indeed, this T’Challa is Marvel’s (final) answer to DC’s Superman. Beginning with their shared origins of being propelled far from Earth by their brilliant parents, both found power in the sun and decided to become heroes. Star Panther’s costume design, incorporating a yellow cape and a glowing purple symbol on his bodysuit, is reminiscent of Superman redesigns in the modern age.

T’Challa even refers to himself as the “Last Wakandan”, similar to how Superman is sometimes known as the Last Son of Krypton. The biggest difference between the two seems to be true morality. While Superman became an indisputable beacon of justice in the universe and decided never to take a life, Star Panther is still driven by his need to kill Killmonger for his crimes.

It’s a fun reveal, effectively elevating a version of Black Panther to become one of Marvel’s most powerful characters. The fact that he was found by Robbie Reyes is equally significant, as it means Star Panther will have the chance to join the multiversal Avengers forming around the mysterious Avenger Prime. His power level means he could be one of the most useful allies heroes have found yet who could help oppose the Council of Reds and their machinations for the multiverse. Having a real Superman on their side could help turn the tide at a crucial time as long as this variant of Black Panther doesn’t let his rage consume him.

Brandon Zachary is an associate writer at Comic Book Resources and has been writing for CBR since 2018. He covers breakouts on comic books, film, television, video games, and anime. He also conducts industry interviews, is a rotten tomatoes certified film critic, and knows a LOT about the X-Men. For requests, comments, or to hear his pitch for a third Avatar series that incorporates bots, you can contact him via [email protected]

Launch of Rocket in the Conference Finals | Sports