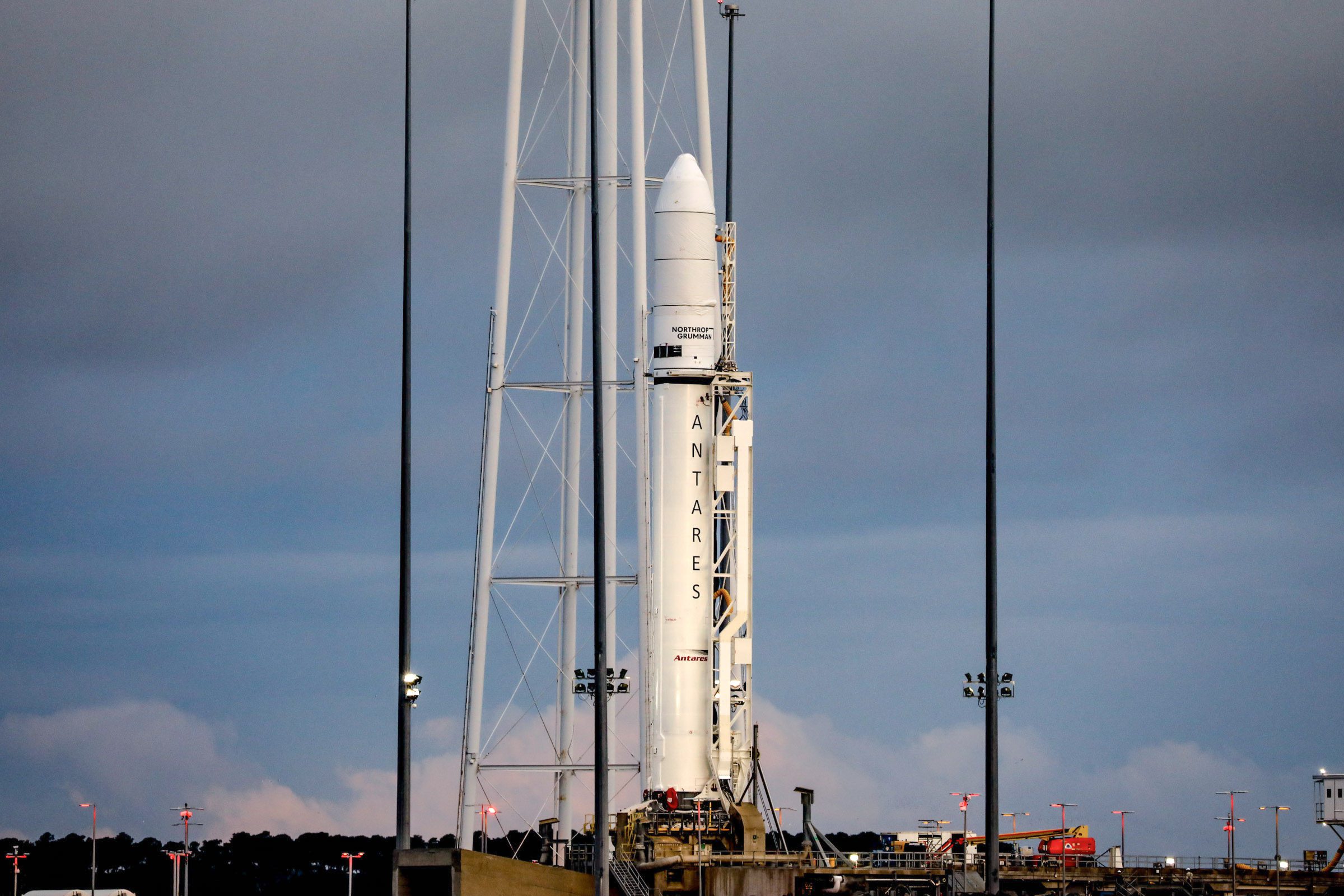 A Northrop Grumman Antares rocket carrying a Cygnus refueling spacecraft is in vertical launch position on Pad 0A at the Mid-Atlantic Regional Spaceport on Saturday, August 7, 2021, at NASA’s Wallops Flight Facility in Virginia. Nasa

Residents of northeastern states will get a rare glimpse of a rocket launch this week. On Tuesday afternoon, NASA will launch a Northrop Grumman Cygnus cargo spacecraft atop an Antares rocket from the space agency‘s Wallops flight facility in eastern Virginia.

Liftoff is scheduled for 5:56 p.m. Eastern time on Tuesday. The mission will transport 8,200 pounds of scientific and crew supplies to the International Space Station. This will be Northrop Grumman’s 16th resupply mission to the ISS.

The best places to see the rocket launch are in Virginia, Maryland, and Delaware. NASA recommends six preferred viewpoints:

But as long as the skies are clear, the rocket could be visible in the Mid-Atlantic region, including parts of New Jersey.

New Jersey 101.5 Chief Meteorologist Dan Zarrow said Tuesday should be the “clearest day of the week, and viewing conditions should be quite good.” The Wallops range forecast released for Tuesday launch puts the weather at 80 percent favorable, with cumulus clouds being the main meteorological concern.

The map above shows how many seconds after takeoff the Grumman rocket will be visible from different areas of the northeast. Nasa

The best time to view the rocket differs depending on the location. In southern New Jersey, for example, the prime time to look up will be 60 to 90 seconds after take off. In north and central Jersey, the best viewing time will be 90 to 120 seconds after launch.