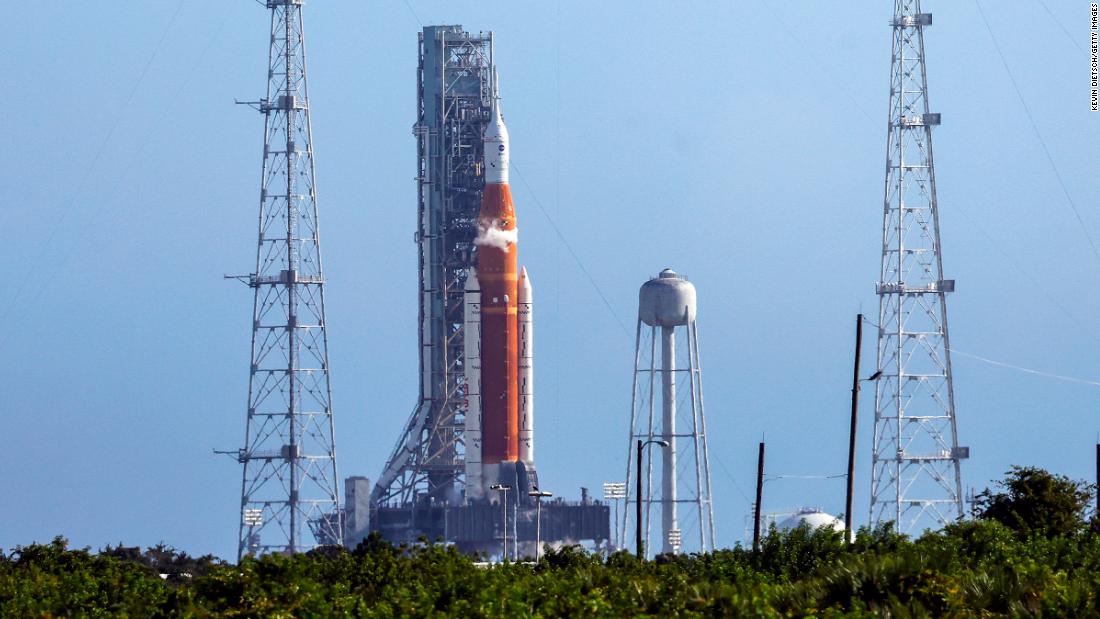 By Chris G. Robinson On Sep 13, 2022
Share
Sign up for CNN’s Wonder Theory science newsletter. Explore the universe with news about fascinating discoveries, scientific advancements and more.
The Artemis mission team previously aimed for September 23. Oct. 2 is a potential backup date that is “under review,” according to NASA.
Space The agency is still working on a problem with the rocket, called Space Launch System or SLS, which caused a leak while fueled with supercooled liquid hydrogen during the last launch attempt at Kennedy Space Center in Florida on Saturday, September 3. Repair work in the area of ​​the hydrogen leak took place over the weekend, according to NASA.

Space The agency had worked to test the system that powers liquid hydrogen on September 17, but the date for that cryogenic test has now been pushed back to September 21, NASA noted on its Artemis blog.

The Sept. 21 test will include an engine purge test, according to the agency. The mission team canceled the first launch attempt of Artemis I on August 29, largely due to a problem with the engine purge, which cools the engines for launch, which officials say , was due to a faulty sensor.

The September 27 launch window is 70 minutes long – shorter than the 120 minute window available on September 23.

The officials at NASA said the space agency continues to provide information to the Eastern Range, which must grant a waiver to allow the rocket to remain on the launch pad.

READ MORE: The big numbers that make Artemis I a monumental feat

“NASA continues to follow the Eastern Range review process of the agency’s request for an extension of the current testing requirement for the Flight Shutdown System and provides additional information and data as needed. In parallel, the agency is continuing preparations for the cryogenic demonstration test and potential launch opportunities, if the application is approved,” the blog said.