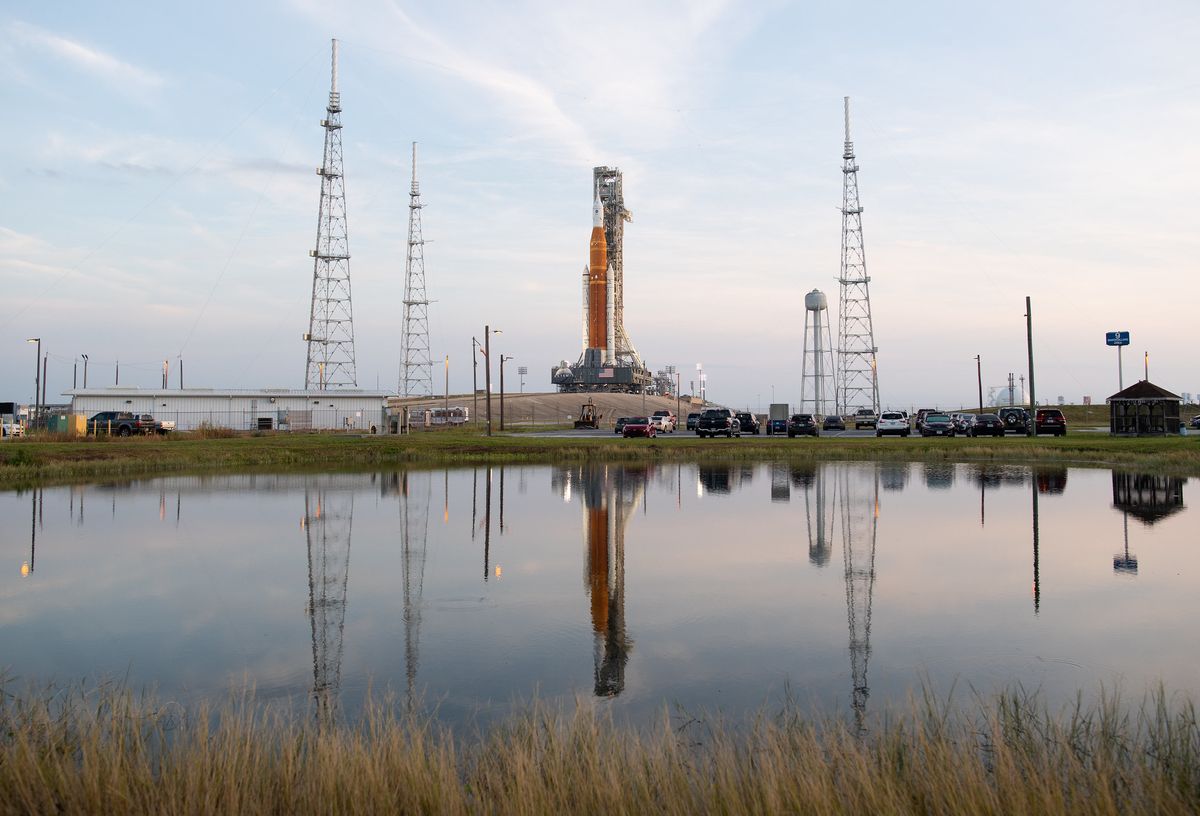 NASA’s Artemis 1 lunar rocket returned to the launch pad Tuesday evening (August 19) to close in on a historic lunar mission.

Artemis 1 is an uncrewed test flight of the massive Space Launch System (SLS) mega-rocket and its Orion spacecraft, and it began rolling out to a launch pad at Kennedy Space Center around 10 p.m. EDT (0200 GMT Wednesday, August 17). By 7:30 a.m. EDT, he had reached his destination.

The Orion, stacked atop the rocket, began to leave KSC’s Vehicle Assembly Building for a journey that lasted more than 10 hours. The robot carrying the Artemis 1 hardware was expected to travel to Launch Pad 39B at approximately 1–2 miles per hour (1.6–3.2 km/h).

The Artemis 1 stack sits atop its launch pad at Kennedy Space Center on August 17, 2022.

Artemis 1 is ready on its launch pad and reflected in the water in this long-range view.

The Artemis 1 deployment took place on the night of August 16-17, 2022 at Kennedy Space Center.

NASA chose to release the rocket two full days earlier than planned. The agency said on its Artemis Blog (opens in a new tab) that the team has completed testing of the flight termination system, the last major activity required until the rocket is shut down and the final VAB access platforms are retracted.

NASA has not released a detailed schedule for the deployment, which is expected to take between 8 and 11 hours depending on weather, road conditions and other technical issues.

Liftoff for the uncrewed mission is scheduled no earlier than August 29 and will take the Orion spacecraft around the moon in a test of the vehicle’s system for future human missions. In between, there will be several webcasts on science and other technology aboard the mission.

NASA hopes to send an Artemis 2 mission to orbit the moon, with people on board, as early as 2024 with a landing mission, Artemis 3, scheduled for 2025.