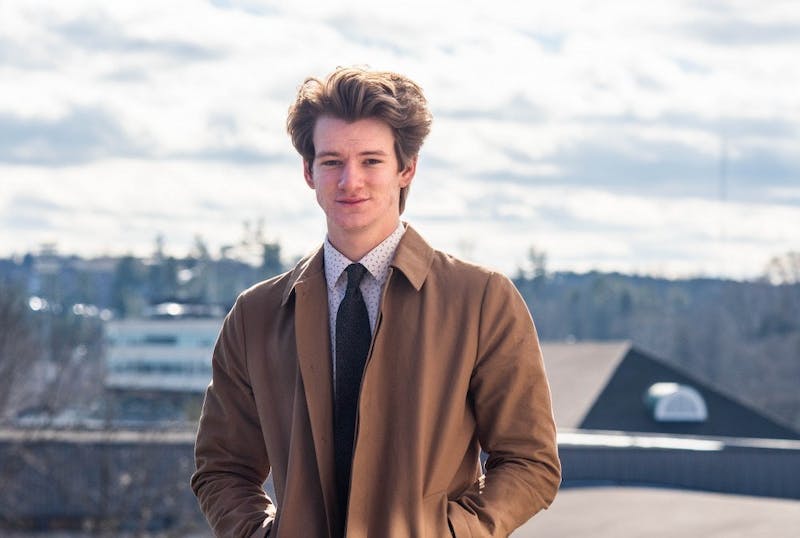 The Menard Family George Washington Forum at Ohio University on Tuesday invited The Washington post columnist and author of “Chaos Under Heaven: Trump, Xi, and the Battle for the Twenty-First Century,” Josh Rogin, to speak on campus. Inside Galbreath’s Memorial Chapel, Rogin did something that happens all too rarely: he presented a controversial idea in a measured, fact-based way.

The ability to encounter disagreements quickly disappears from our discourse. It manifests itself in the media we consume. Rogin saw it with his own eyes.

Rogin was one of the early supporters of the “lab leak” theory – the belief that COVID-19 came from an accident at a research center in Wuhan – seriously. At a time when many national media figures dismissed the laboratory leak theory as a conspiracy by right-wing extremists, Rogin says his philosophy was’ something bad happened, we have to understand what that is. was”.

In an institution like OU, whose university of journalism sends graduates into a media climate that its readers and viewers lack, inviting speakers like Rogin to campus is a crucial step in rethinking how journalists should think.

Sadly, one speaker is not enough, and Rogin himself admits that the future of media in America is not bright.

“I don’t think it’s going to get any better in the short term,” Rogin said. “We increasingly divide ourselves into media ecosystems that don’t bother trying to come to terms with each other.

He believes it will only get worse and that our institutions will fail to bridge the gap.

“The (outlets) that fail with their readers focus on storytelling rather than reporting, and attention rather than the mechanics of journalism,” Rogin said. “It’s not rocket science. The more resources you devote to the professional work of journalists, the better your organizations will come out. ”

He added that the fact that outlets do not admit their mistakes and shortcomings only exacerbates the problem. For students, hearing a member of a point of sale like The Washington Post who is willing to honestly criticize the industry is paramount.

OR not only trains future journalists, but also places itself at the center of the search for truth in a region often overlooked by the rest of America. Opening up, and your students, to credible and even controversial ideas should be the key to upholding the responsibilities of the university.

Director of the George Washington Forum, Dr Robert Ingram and Josh Rogin agree. The media climate is not improving and traditional methods fail.

When asked if it was getting harder and harder to have conversations like the one that took place at the event, Ingram replied, “Absolutely.”

When Ingram invited Rogin to campus, he did so because he exists as a respected member of a respected institution, The Washington Post, but also because in many ways it operates outside the norms and expectations.

“(It’s important that he speaks here) because he’s not following the dominant narrative,” Ingram said. “It’s good to have someone on campus who will say things against the grain and submit to public scrutiny… You have to meet people you might disagree with.

If the university is to keep its promises and just do its job, it should follow the example of the George Washington Forum. The standards and methods of yesterday have failed, and if institutions like OU don’t push the boundaries now, it will only get worse.

Noah Wright is a senior strategic communications student at Ohio University. Please note that the views and opinions of the Columnists do not reflect those of The post office. Do you want to talk to Noah? Tweet it @NoahCampaign.