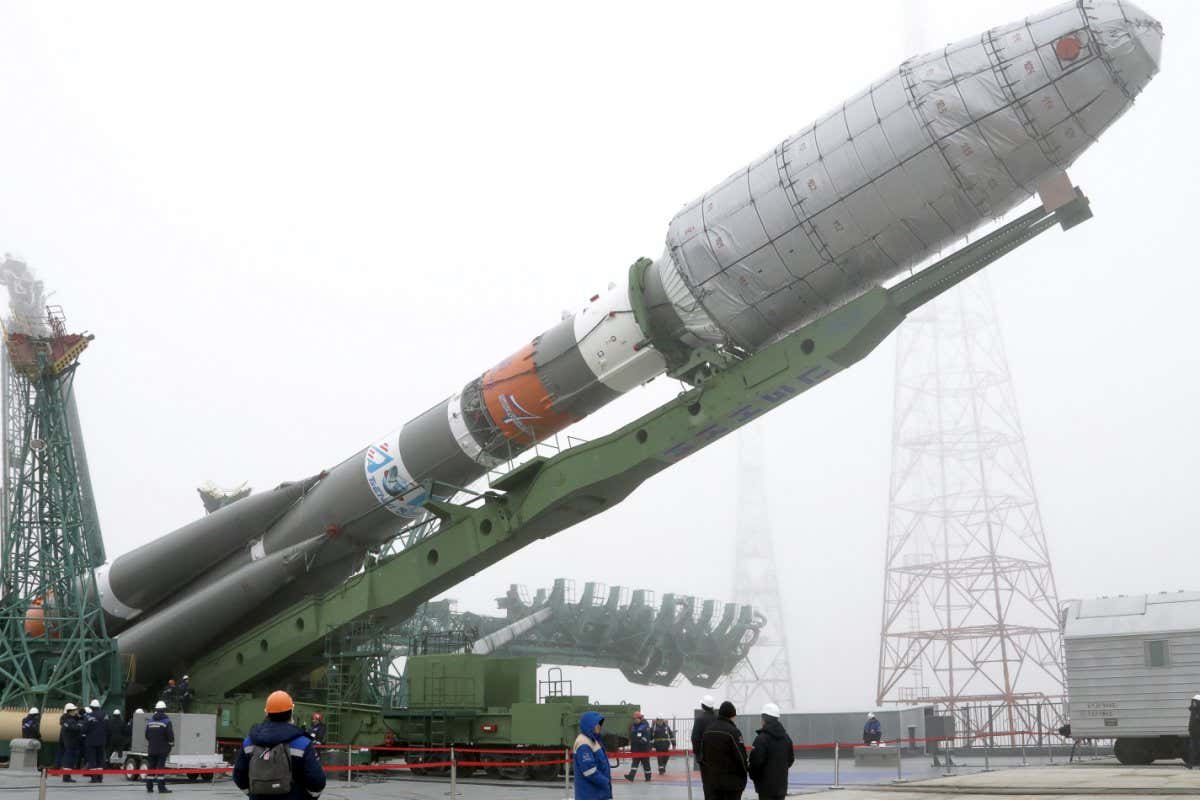 Satellites made by OneWeb, a company partly owned by the British government, are due to launch on a Russian Soyuz rocket on March 4, but Russia is threatening to cancel while the UK has been criticized for continuing after the invasion of Ukraine.

Russia and the UK are at an impasse over a satellite launch. The satellites are owned by British company OneWeb, which is part-owned by the British government, and are to be launched on a Russian Soyuz rocket. The UK has been criticized for allowing the launch, while Russia has said it will not launch the satellites unless it receives guarantees that they will not be used for military purposes and unless that the British government gives up its share in OneWeb.

On Friday March 4 at 10:41 p.m. UK time, a batch of 36 OneWeb satellites are due to lift off on a Soyuz rocket from the Baikonur Cosmodrome in Kazakhstan, operated by the Russian space agency Roscosmos. OneWeb already has more than 400 satellites in orbit, all launched on Soyuz rockets, as part of its space internet mega constellation. Five more launches are planned this year, also on Soyuz rockets, to complete the first stage of the constellation. The company was saved from bankruptcy in 2020 after a joint investment of $1 billion from the British government and Indian company Bharti Global.

In light of Russia’s invasion of Ukraine, however, questions have been raised about whether the launch should go ahead. Other organizations have severed their ties with Russia, such as energy companies BP and Shell. Earlier this week, the European Space Agency said it was “highly unlikely” that its next Mars rover would launch on a Russian rocket as planned in September.

“Much like the request from BP and Shell, OneWeb should not continue to engage in business activities with Russian companies,” said Labor MP Darren Jones, chairman of the Business, Energy and Energy Committee. of the UK House of Commons Industrial Strategy. “Ministers should work with the OneWeb board to help achieve this outcome as soon as possible.”

Chris Lee, former chief scientist of the UK Space Agency, said it was a “difficult situation” for OneWeb. “If they make a business decision, I’m uncomfortable unless they explain it to the British taxpayer who was part of their bailout,” he said. “I would like them to explain their position, because we are in a way shareholders.”

So far, however, the launch appears to be moving forward. Roscosmos has been post pictures to twitter the deployment of the rocket, which is now vertical on the launch pad with the satellites on board. “We are on time” tweeted Dmitry Rogozin, the boss of Roscosmos.

However, speaking to the Russia-24 TV channel on March 2, Rogozin also said that the launch would not take place unless there are guarantees from OneWeb and the French company Arianespace, which organizes launches for OneWeb, as the satellites would not be used for military purposes. “If we don’t receive confirmation by March 4, the rocket will be pulled from launch,” he said. He added that the undisclosed sum of money paid by OneWeb for the launch, which had already been transferred in full, “would remain in Russia” regardless of the outcome. In a new escalation, Roscosmos tweeted that the launch will only go ahead if the UK government gives up its shares in OneWeb.

OneWeb has signed several military contracts previously, which means that Russia may be considering stopping the launch. “I’m not surprised if the comment is made in bad faith as OneWeb has a long history of pursuing military and commercial customers,” says Bledyn Bowen, a space policy expert at the University of Leicester, UK. “Rogozin knows it.” It is unclear whether Russia plans to keep the satellites if the launch is cancelled.

In response to the question of whether the launch should take place after global sanctions against Russia, a spokesman for the British government said: “It is right that questions are raised about future space cooperation with Russia at the following the illegal invasion of Ukraine. We are monitoring the situation closely and engaging with our partners regularly, keeping next steps under review. They did not respond to a request for comment on Rogozin’s latest ultimatum.

OneWeb did not respond to multiple requests for comment. However, speaking to the website SpaceNews earlier this week, Chris McLaughlin, Head of Government, Regulatory Affairs and Corporate Engagement, said that “so far it looks like we’re on the right track – but who knows?”

Learn more about these topics: