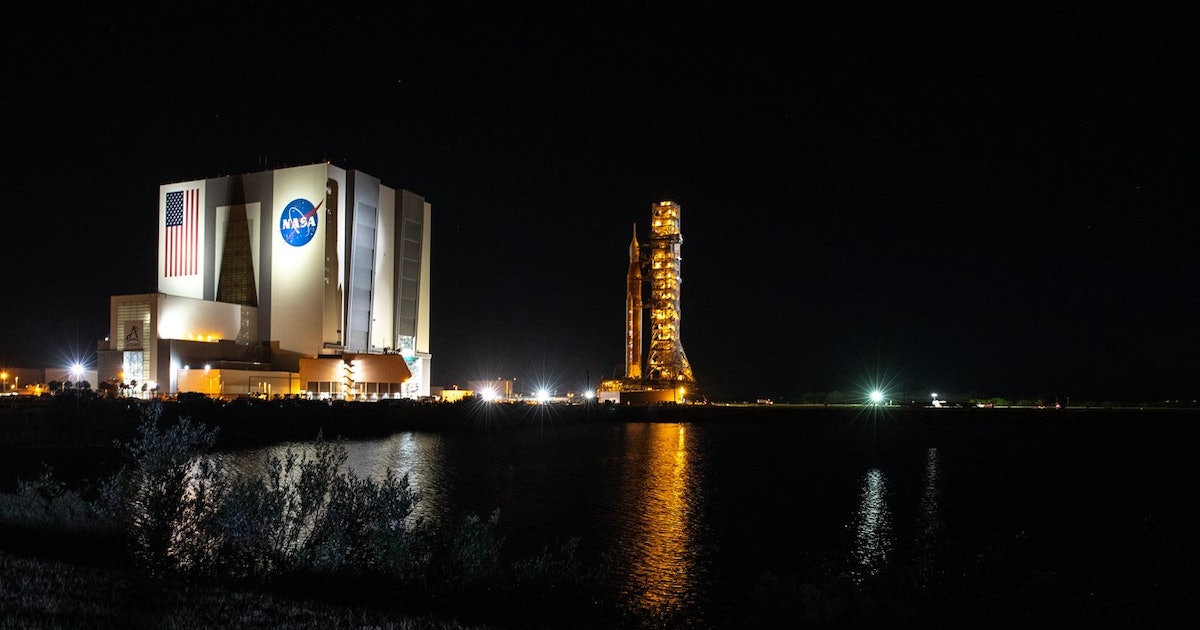 NASA’s moon rocket Artemis I is back on the launch pad a week before its next scheduled liftoff attempt. For now, it will remain there, although that may change as crews monitor threats from a new subtropical storm.

NASA photos from Friday, Nov. 4, show the 322-foot-tall rocket at the start and end of its nine-hour, 4.2-mile journey inside NASA’s Kennedy Space Center (KSC) in Cape Canaveral, Florida. They describe the methodical work of the space agency‘s Exploration Ground Systems team during the transport of Artemis I.

The rocket is made up of a Space Launch System (SLS) and an Orion capsule, and the stacked duo traveled from the facility’s Vehicle Assembly Building (VAB) to Launchpad 39B from 11:17 p.m. , Eastern Time, Thursday, Nov. 3. SLS and Moon-bound Orion will hopefully fly in their first integrated test early next week, Monday (November 14).

If Artemis I launches successfully next Monday, the mission will fly for 25.5 days to the Moon and back in an uncrewed demonstration with implications for future human lunar exploration.

“During the flight, Orion will launch atop the world’s most powerful rocket and fly farther than any human-rated spacecraft has ever flown,” NASA Kennedy officials wrote in the two image descriptions on the space agency’s Flickr account, “paving the way for human exploration of deep space and demonstrating our commitment and ability to expand human presence on the Moon and beyond.

If the scale of the images is any indication, NASA goes to great lengths every time it needs to change the location of the rocket. Developing weather reports on Subtropical Storm Nicole may require ground crews to relocate Artemis I again.

The rocket reached the launch pad Friday, Nov. 4 at 8:30 a.m. EST, and it was the first time Artemis I had been there since Sept. 26, when Hurricane Ian prompted personnel to evacuate and protect the rocket. Like Ian, Subtropical Storm Nicole triggered a hurricane, or HURCON, condition at KSC.

“NASA is working with the US Space Force and the National Hurricane Center to monitor Subtropical Storm Nicole,” NASA officials wrote in an Artemis I blog post published on Monday (November 8).

“Based on current forecast data, officials have determined that the Space Launch System rocket and Orion will remain at Launch Pad 39B. Kennedy teams will continue to monitor weather, ensure all personnel are safe, and assess status of the Monday November 14 launch attempt for the Artemis I mission as we move forward and receive updated weather forecasts,” they added.

NASA says it will provide updates on how it will proceed with the potential successor to Apollo.