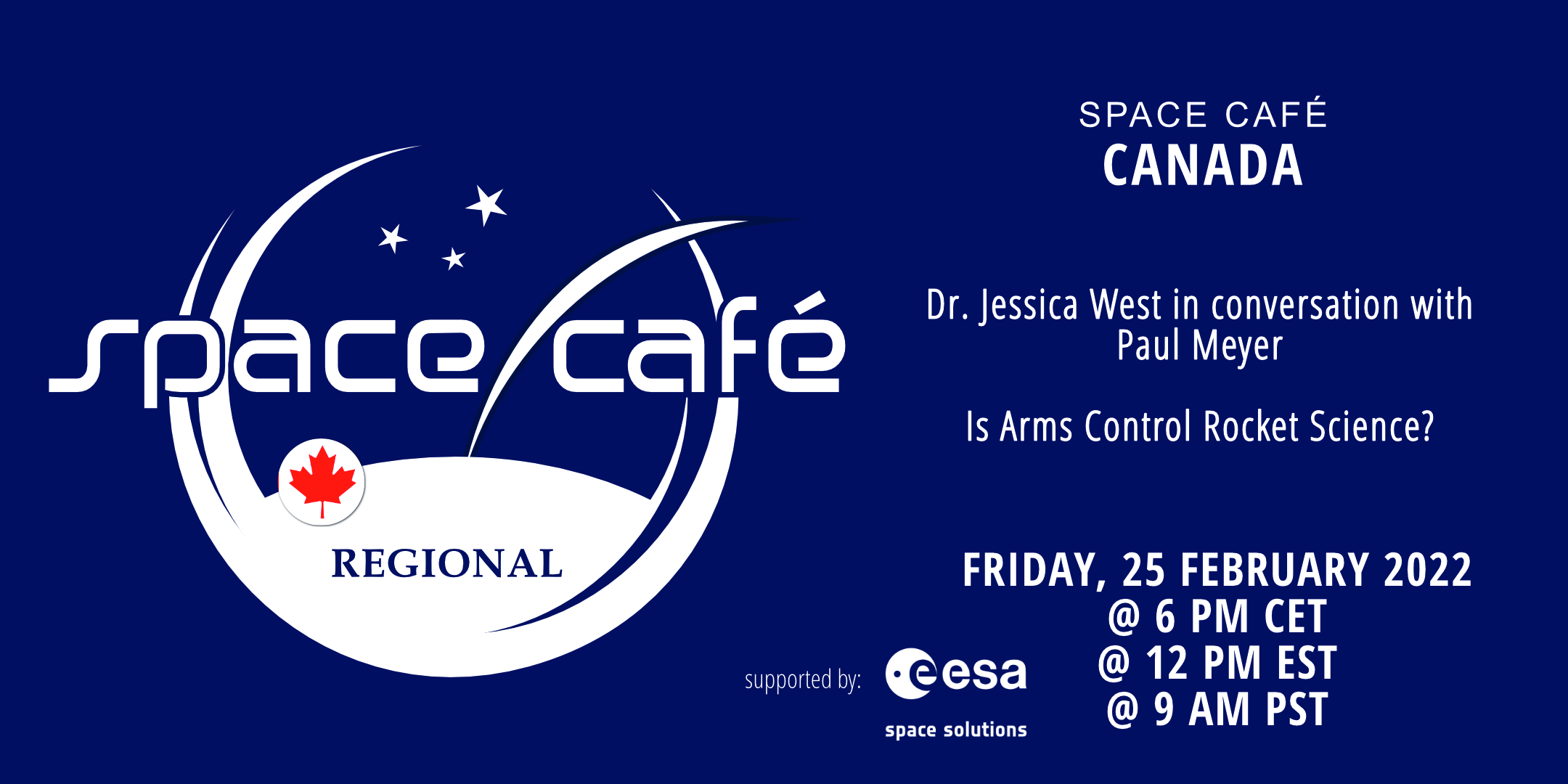 This Space Coffee Canada will feature Paul Meyerformer Canadian Ambassador for Disarmament, founding member of the Outer Space Institute and currently an International Security Fellow at Simon Fraser University in Vancouver, in conversation with Dr. Jessica Westsenior researcher at Project Plowshares and friend of SpaceWatch.Global.

As another initiative related to arms control in space is launched at the United Nations, we are forced to ask ourselves: why has it been so difficult?

This episode of Space Café Canada will feature Paul Meyer, whose work on arms control in outer space encompasses diplomatic, academic and advocacy efforts. As Ambassador and Permanent Representative of Canada to the United Nations Office and the Conference on Disarmament (CD) in Geneva from 2003 to 2007 and Special Coordinator of the CD for its agenda item Prevention of an arms race in outer space (PAROS) in 2007, Paul is uniquely placed to help us understand why, more than 40 years after arms control in outer space was first discussed time in the United Nations General Assembly, so little progress has been made. But while Paul has witnessed many setbacks, he has also seen opportunities for progress, including the upcoming Open-Ended Task Force on Responsible Behavior Standards in Space.

As more weapon systems that target objects in outer space are being developed and tested, the stakes are high. Join us for an in-depth discussion of the past, present and future of arms control in space. It’s not rocket science… or is it?

We would like to thank ESA Space Solutions for their continued support.