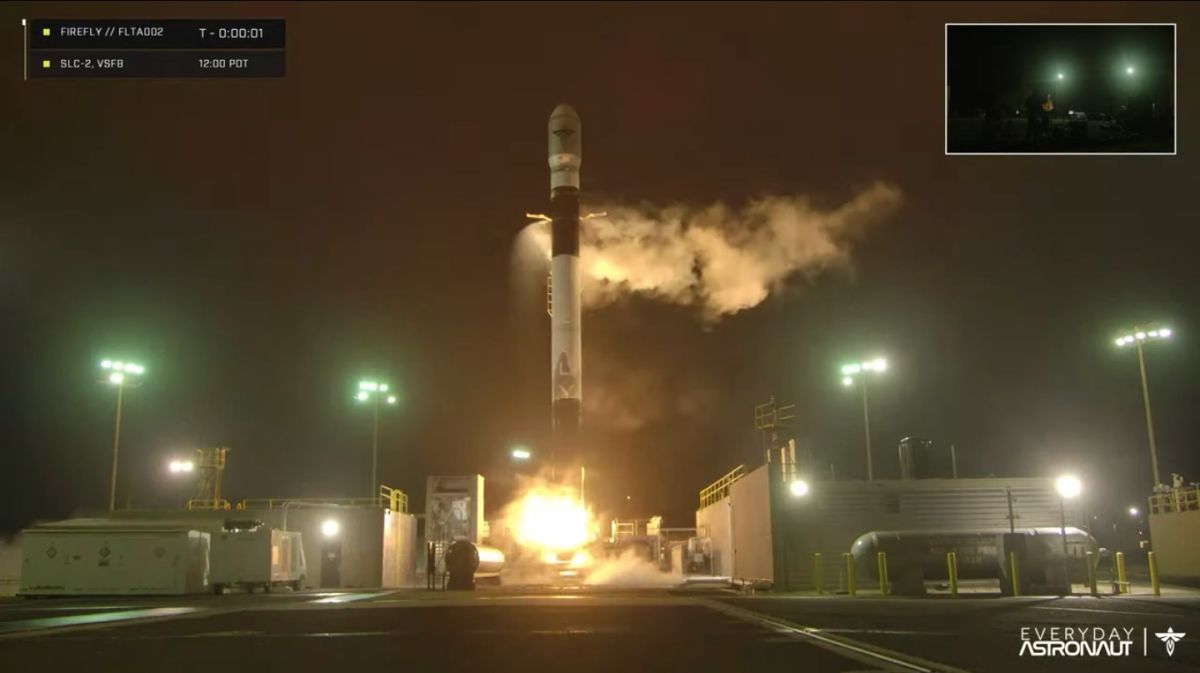 Firefly’s Alpha rocket made its spectacular debut in space on October 1, reaching orbit for the first time and also deploying a group of small satellites there. (Each satellite was only the size of a loaf of bread.)

The video (opens in a new tab) from Firefly’s YouTube channel shows Alpha dramatically exploding in the dark from Vandenberg Space Force Base in California, complete with close-up views of its engines and fuel line connections.

Firefly advertises the power of the 95-foot-tall (29-meter) Alpha as it ramps up its customer recruitment. The rocket’s next mission, Alpha Flight 3, is being integrated to carry an array of small satellites, under a NASA contract called Venture Class Launch Services Demonstration 2 (opens in a new tab).

Firefly will also launch for the US Space Force, signing a nearly $18 million contract (opens in a new tab) Monday (October 3) to launch a space domain awareness payload called Victus Nox. (It seems to translate from Latin to mean “conquer the night”, although its exact meaning has not been revealed by the Space Force’s Space Domain Awareness program.)

Firefly’s October 1 mission was a demonstration flight called “Alpha Flight 2: To The Black”. The name referred to Alpha’s second orbital launch, following an attempt by Vandenberg in September 2021. That first mission was lost after one of the rocket’s first-stage Reaver engines shut down prematurely.

Outside observers also noticed a possible problem with “To The Black”. Alpha’s upper stage apparently underperformed on Oct. 1, deploying the satellites lower than the desired 190-mile (300-kilometer) orbit, space data publisher Seradata tweeted on October 5 (opens in a new tab).