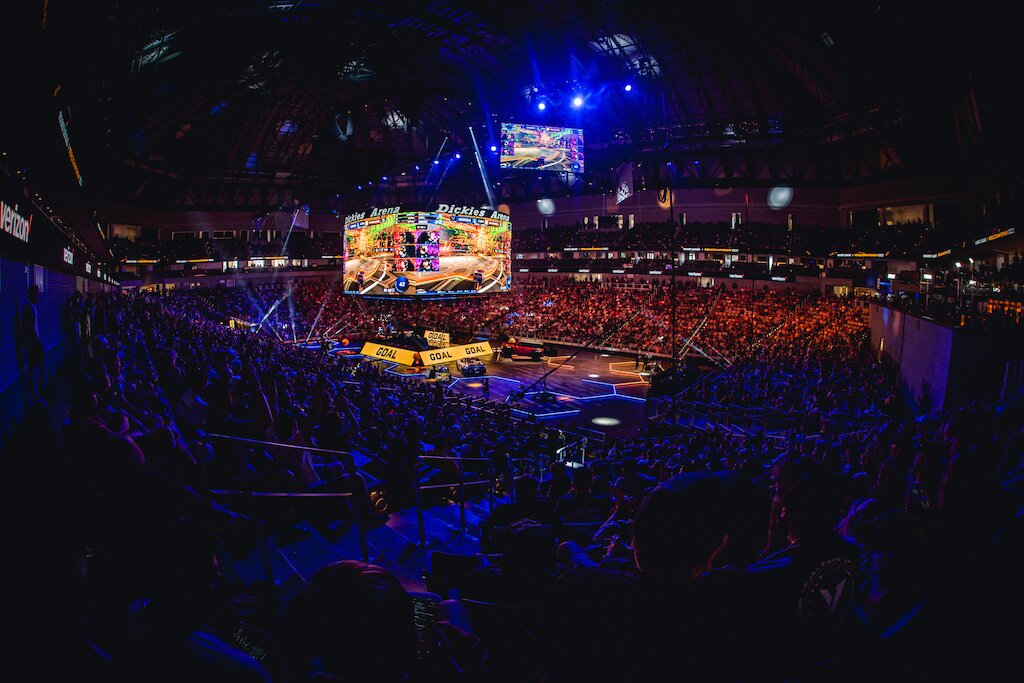 It’s finally time. We’ve reached the Rocket League World Championship Playoffs! 24 teams from seven different regions had the opportunity to seize the moment and walk away as the ultimate champions. The Wildcard stage was pretty hectic, as was the group stage, but now we look to the playoffs.

On the first day of the group stage, we saw eight of the best teams take part. Four teams that made it through the Wildcard stage against four teams that managed to qualify directly. Since it was a double-elimination format, teams that had lost could recover by entering the lower bracket. Version1, Moist, SMPR and BDS were the winning teams.

Day two was also amazing to watch with plenty of action packed matches as the other four wildcard entrants took on the other four seeded teams. FaZe Clan won against The Club, but the match ended up being contentious due to multiple technical issues. The boost wouldn’t register for Caden “Sypical” Pellegrin at times, and he eventually switched controllers. FURIA Blast, G2 Esports and Falcons were the other winners.

Day three ended with all matches being generally one-sided, with one exception. G2 Esports vs FURIA was the most exciting match so far. G2 managed to pull off a win, but FURIA stood out to everyone by playing exceptionally well. Moist, FaZe Clan (who incredibly defeated the Falcons) and Team BDS were the other winners.

The long-awaited playoffs have arrived and begin today. Eight incredibly talented teams made it into the final top eight, ensuring a chance to reach the ultimate goal, the world championship.

All matches will be best of seven, with this stage of the tournament featuring single elimination brackets. Today is going to be a wild ride, that’s for sure. We expect all teams to go full throttle because the line between championship elimination is so incredibly small.

The quarter-finals will include:

Moist Esports, G2 Esports, FaZe Clan, and Team BDS were the teams that qualified from the mighty top bracket. Version1, NRG, Karmine Corp and FURIA are the other teams joining them in the playoffs.

The Falcons team, much to the chagrin of many fans, has been eliminated and will need to start preparing for the next big tournament. We have no doubt that they will come back even stronger and with a vengeance.

Moist is definitely the favorite against FURIA, but never forget that this is Rocket League, where anything can happen. FURIA is a solid team and if they end up going down, they will surely go down swinging.

BDS and Karmine Corp are two European teams that will get into it. In their last game, Karmine Corp got the upper hand and are looking to do the same here. The winner will face the winner between Moist and FURIA.

G2 and NRG will also be a sight to behold. Both NA teams have had great games between them in the past, so there’s no reason to think the same thing won’t happen here. NRG may have had a little more success in recent years, but G2 have really dominated this season.

FaZe and V1 have faced each other quite a bit this year, with FaZe having won 4 of the last 5 games. This might seem like another easy win for FaZe, but don’t underestimate V1. V1 is more than capable of knocking FaZe out of the championship.

Sundays are usually great, but this one will be extraordinary. The thrilling conclusion to the Rocket League World Championship is coming to an end, but there are still tons of matches to play. Stick with us as we’ll deliver the results once we have a champion and the dust settles!