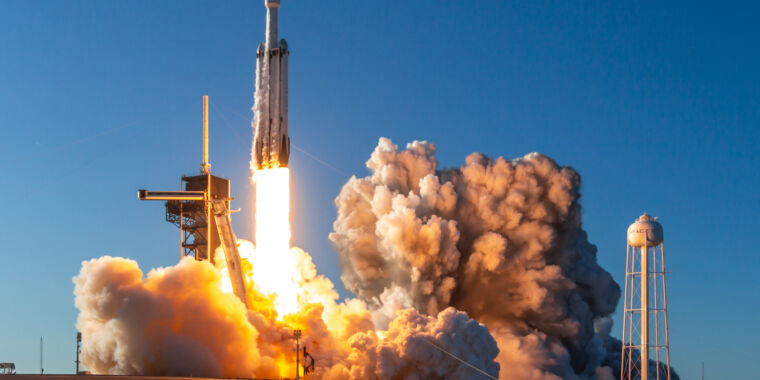 Welcome to edition 4.15 of the Rocket Report! This week we have an update on what caused the Alpha rocket launch failure and loads of mid-range rocket news. Also, for email subscribers, please accept our apologies for sending out an old edition of the newsletter.

As always, we welcome to readers’ contributions, and if you don’t want to miss an issue, please register using the box below (the form will not appear on AMP versions of the site). Each report will include information on small, medium and large power rockets as well as a quick overview of the next three launches on the schedule.

Alpha rocket explodes due to engine failure. Firefly Aerospace’s first launch of its Alpha rocket ended in failure when the rocket exploded 2.5 minutes after takeoff on Thursday, September 2. The video can be seen here. Two days after launch, Firefly said the rocket failed when one of its first stage engines stopped seconds after takeoff, SpaceNews Reports. One of the four Reaver engines on the rocket’s first stage, designated Engine 2, shut down 15 seconds after the start of flight.

No more fuel to burn … “It was an uneventful shutdown – the engine did not fail – the main thruster valves on the engine simply closed and thrust was interrupted by engine 2,” the company said. The rocket continued to climb using the remaining three engines, but with reduced thrust. This would explain the apparent underperformance of the flight: according to the company’s press kit, the vehicle was supposed to reach Mach 1 67 seconds after the start of the flight, but launch controllers did not report that the vehicle was supersonic before. 2 minutes 20 seconds after takeoff. (submitted by Ken the Bin)

Rocket Lab wins multi-launch contract. The the company said it won a contract to deploy a complete constellation of satellites on five dedicated Electron missions for Kinéis, a global provider of Internet of Things connectivity. The constellation will be deployed in rapid succession, starting in the second quarter of 2023. Terms were not disclosed.

A big contract for a small rocket … “We are pleased to entrust our constellation of 25 satellites to Rocket Lab”, declared Alexandre Tisserant, CEO of Kinéis. “They are the leaders in small satellite launches and the obvious choice as a launch partner to activate our constellation at such a rate.” (submitted by Ken the Bin)

Rocket Lab seeks to make up for lost “delta” revenues … The bulk purchase agreement with Kinéis came as Rocket Lab revealed a net loss of $ 32.5 million for the first half of 2022, Stuff reports. Founder Peter Beck has expressed hope that New Zealand’s strict lockdown restrictions will be lifted by the end of September, allowing the company to catch up with launches that have been delayed due to the variant outbreak. COVID-19 delta.

Strict borders policy … According to Beck, Rocket Lab previously had three launches slated for late August and September, before the Delta outbreak. New Zealand had some of the “world’s most restrictive Covid measures,” including the current “stay-at-home orders” that have prevented launch operations from taking place, Beck said. “In addition, New Zealand’s strict international border restrictions have created delays. However, we have so far been successful in securing the entry of our customers into New Zealand,” he said. (submitted by platykurtic)

Korea seeks to develop its commercial space industry. From next year, the South Korean government will transfer technologies from state-owned space launchers to national aerospace companies, SpaceNews Reports. To do this, the government plans to spend $ 593 million from 2022 to 2027. The Korea Aerospace Research Institute, a state-run space technology developer that played a central role in the development of the nation’s first space launcher, the KSLV-2, be responsible for the public-private transfer.

Involve private companies … The transfer will be made so that the Korean Aerospace Institute and the selected companies can do joint development and launch tests. “The time has come to move away from state-led development of space launchers towards one in which the private sector plays a larger and more active role,” said Yong Hong-taek, vice minister of the Ministry of Science. . (submitted by Ken the Bin)

Dawn Aerospace completes first round of test flights. The New Zealand-based space company is working on the development of a reusable, unmanned space plane. It took a step towards that goal this summer with a series of test flights of its Mk-II Aurora suborbital vehicle. The flights reached an altitude of about 1 km and used jet engines instead of rocket engines, Stuff reports.

Big projects in perspective … The company hopes its Mk-II suborbital aircraft, the predecessor of the Mk-III double-decker, will be the first vehicle to enter space multiple times a day. The Mk-II serves as a technology demonstrator for the Mk-III and will be used to capture atmospheric data for weather and climate modeling and scientific research. (submitted by platykurtic and Nicholas)