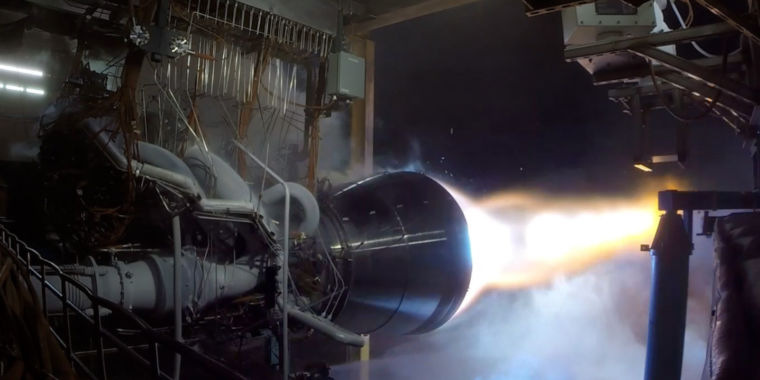 Welcome to edition 4.26 of the Rocket Report! This will be the last edition of 2021 due to an upcoming (and much needed) holiday break. As of this writing, NASA and the European Space Agency are debating whether to continue an attempted launch of the James Webb Space Telescope on December 24 or a few days later. Whenever the $ 10 billion telescope flies, my only Christmas wish is a safe launch and deployment sequence. See you in 2022.

As always, we welcome reader contributions, and if you don’t want to miss an issue, please register using the box below (the form will not appear on AMP versions of the site). Each report will include information on small, medium and large power rockets as well as a quick overview of the next three launches on the schedule.

A new record for people in space â€¦ All four customers bought their tickets for undisclosed amounts, Spaceflight Now reports. Blue Origin does not discuss pricing and so far no passenger has provided details. The 19th New Shepard mission – NS-19 – was Blue Origin’s third flight with passengers on board. When the six passengers passed 100 km, they briefly set a record for the most people in space, 19, including residents of the International Space Station and China’s Tiangong station.

Chinese solid rocket fails at launch. A solid Kuaizhou-1A rocket failed after taking off from the Jiuquan Satellite Launch Center in the Gobi Desert on Tuesday evening. The booster carried a pair of commercial satellites to test improved navigation for autonomous driving. Chinese state media confirmed the failed launch hours later, laconically stating that the launch failed and the specific reasons were being analyzed and investigated, SpaceNews reports.

Ambitious plans now on hold â€¦ The failure is a blow to commercial launch services provider ExPace, a subsidiary of state missile and defense giant China Aerospace Science and Industry Corporation, or CASIC. ExPace and CASIC last month announced plans for seven launches over the next three months for a variety of clients. The Kuaizhou-1A will likely be grounded until an investigation is completed and the causes are isolated and addressed. (submitted by Ken the Bin)

Europe seeks to make the Vega-C rocket more competitive. The European Space Agency has awarded 51 million euros over 2.5 years to the prime contractor for the Vega-C rocket, based in Italy, Avio. As part of the deal, ESA said, Avio will work with industrial partners to implement a series of improvements designed to make the rocket more competitive against other small commercial satellite launchers.

A field crowded with competitors â€¦ The European Space Agency wants to reduce the cost of the rocket by 10%. This will be accomplished by reducing the manufacturing costs of the subsystems and mechanical components as well as by optimizing the preparation of the mission and the duration of the launch campaign. Such steps are useful, as ABL Space’s Terran 1, Firefly’s Alpha and RS1 vehicle will compete for small satellite launches in the one-ton class. All of these vehicles should cost a lot less than Vega. (submitted by Ken the Bin)

Bill Gates Supports Reusable Launch Company. Breakthrough Energy Ventures, the multibillion-dollar cleantech initiative created by Microsoft co-founder Bill Gates, is leading a $ 65 million funding round to support Washington-based Stoke Space’s efforts to create a new generation of fully reusable rockets, reports GeekWire. “There is no better way to see Earth and the severity of its climate challenges than to look at the entire globe from space,” said Carmichael Roberts, Co-Head of the Investment Committee at Breakthrough Energy Ventures. .

Towards full reuse, from the start â€¦ It’s kind of a surprise from Gates, who has already questioned the value of the rocket projects of Elon Musk, Jeff Bezos and other tech luminaries. With its very first rocket, Stoke Space is looking to develop a fully reusable second stage that can be brought back to Earth without having to resort to exotic armor. The idea is similar to what Elon Musk’s SpaceX plans to do with his massive Starship launch system, which is also designed for full reuse. But Stoke Space is aiming for a smaller rocket that’s more suited to the small satellites that have revolutionized the space industry. (submitted by Rendgrish, Ken the Bin and Tfargo04)

Have you ever wondered about PSPC assessments? This year, there has been a lot of emphasis on space companies using the “special purpose acquisition company” route to bypass a traditional initial public offering of shares. Indeed, many companies, from Astra to Rocket Lab, have used the PSPC process to quickly raise hundreds of millions of dollars to boost their development programs. Rockets are a cash intensive business, and that money can be essential to survival and ultimate success.

How much is the launch worth?!? â€¦ But some industry observers have wondered how these companies can be valued at hundreds of millions, if not billions of dollars. Thanks to space economist Pierre Lionnet, we now have an overview. He dug into a deck of Virgin Orbit investors and found that he was relying on an extremely rosy market projection of $ 25 billion for â€œlaunching small satellitesâ€ by 2030. In a long Twitter thread, Lionnet dissects this estimate, which seems, well, rather dubious. To read.

Rocket Lab acquires solar cell company. Rocket Lab will acquire SolAero Technologies for $ 80 million, and the deal is expected to close in the first quarter of 2022, reports the Albuquerque Journal. Rocket Lab CEO Peter Beck said SolAero’s expertise in solar technology would make it a good fit for the company’s plan to grow a satellite business. SolAero claims to be one of only two companies making space-grade solar cells in the United States, the company said.

Bring the sun into space. … “Honestly, we feel privileged to be able to bring the collective intellectual property capabilities of SolAero and the 425 employees to the Rocket Lab family,” said Beck. Meanwhile, SolAero President and CEO Brad Clevenger told the Journal that he expects the deal to provide Albuquerque maker with the resources to increase production capacity and respond the demands of the growing space industry. (submitted by pavon and Ken the Bin)

Payloads selected for the first launch of Isar. Isar Aerospace, which claims to be Europe’s most “well-funded” private launch provider focused on small and medium-sized satellites, has announced payloads for its maiden flight. Five institutions from Germany, Norway and Slovenia, with a total of seven small satellites, will be launched during the first test flight of the Isar “Spectrum” rocket. Germany-based Isar Aerospace said that first flight would take place at “the end of 2022”, which, let’s be honest, almost certainly means 2023.

Now is the time to deliver the goods â€¦ Nevertheless, Isar is at the forefront of the companies trying to bring a more dynamic commercial space industry to Europe, and it is worth watching. As part of a program led by the European and German space agencies, Isar Aerospace won in April the first round of the German microlancer competition, for which it received 11 million euros to launch institutional payloads on the two first Spectrum flights. Now the company must deliver.

Christmas display Vinton turning off the lights after 56 years