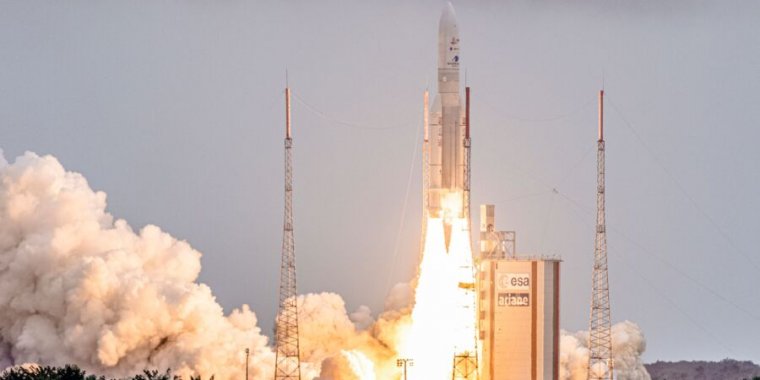 Welcome to edition 4.27 of the Rocket Report! And after two weeks of absence, the Rocket Report is back. I’d love to say I’m tanned, rested, and ready, but hey, one in three isn’t bad. Either way, there’s a ton of news to report after the vacation break, so let’s get right to it.

As always, we welcome to readers’ contributionsand if you don’t want to miss an issue, please register using the box below (the form will not appear on AMP versions of the site). Each report will include information on small, medium and large power rockets as well as a quick overview of the next three launches on the schedule.

Ukrainian investor asked to part ways with Firefly. The US government asked Max Polyakov, a wealthy Ukrainian tech entrepreneur, to sell his stake in rocket company Firefly Aerospace Inc., Bloomberg Reports. The military cited national security concerns in making the request. Polyakov backed Firefly with $ 200 million in 2017 after filing for bankruptcy and is credited with the company’s turnaround. Polyakov had already retired from the Firefly board a year ago.

Alpha pending … However, government and aerospace industry officials continued to voice objections to Polyakov’s control over the company, fearing that valuable technology could be channeled to Ukraine, Russia or other countries trying to develop rocket programs. Polyakov agreed to sell his 50% stake in the company for the sake of Firefly. Until then, it appears that work on the company’s second Alpha rocket launch at Vandenberg Space Force Base in California has been suspended. (Submitted by Ken the Bin)

Design flaw cited in Korean rocket failure. The failed October debut of South Korea’s first nationally-built rocket, the KSLV-2, was blamed on poorly anchored helium tanks inside the top stage of the three-stage rocket, SpaceNews Reports. The kerosene and liquid oxygen-fueled rocket released its dummy payload into an unsustainable orbit when its top-stage engine shut down 46 seconds earlier. A failure investigation by the Korea Aerospace Research Institute found that poorly designed structures allowed the helium tanks inside the upper stage to come loose during flight, causing a leak that robbed the rocket motor. liquid oxygen.

Fortify anchors … The helium tanks with the faulty anchors were inside the upper stage oxidant tank, which was filled with liquid oxygen needed to ignite the rocket. When the helium tanks came loose, they disrupted the piping inside the oxidizer tank and caused liquid oxygen to leak, resulting in premature ignition shutdown. The problem will be corrected by strengthening the anchorages of the helium tanks in the KSLV-2. A second test flight of the KSLV rocket is expected to take place later this year. (Submitted by Ken the Bin)

The FAA approves the Georgia spaceport. The long-running saga of whether supporters of a spaceport in coastal Georgia could move forward appeared to come to a conclusion in December when the Federal Aviation Administration licensed Spaceport Camden to site operator on December 20. But the project then encountered another problem on a land of contestation.

Will it be a vote? Current reports that Superior Court Judge Stephen Scarlett has issued a temporary restraining order preventing Camden County from completing the purchase of the 4,000-acre area of â€‹â€‹Union Carbide where the county intends to build a spaceport. Opponents called for the restraining order on behalf of themselves and about 4,000 other county voters who signed a petition calling for a referendum on the purchase of the property. (Submitted by Ken the Bin)

How Elgar placed a rocket under ‘too relaxed’ Rabada

In review: the rapid assimilation of Bismack Biyombo