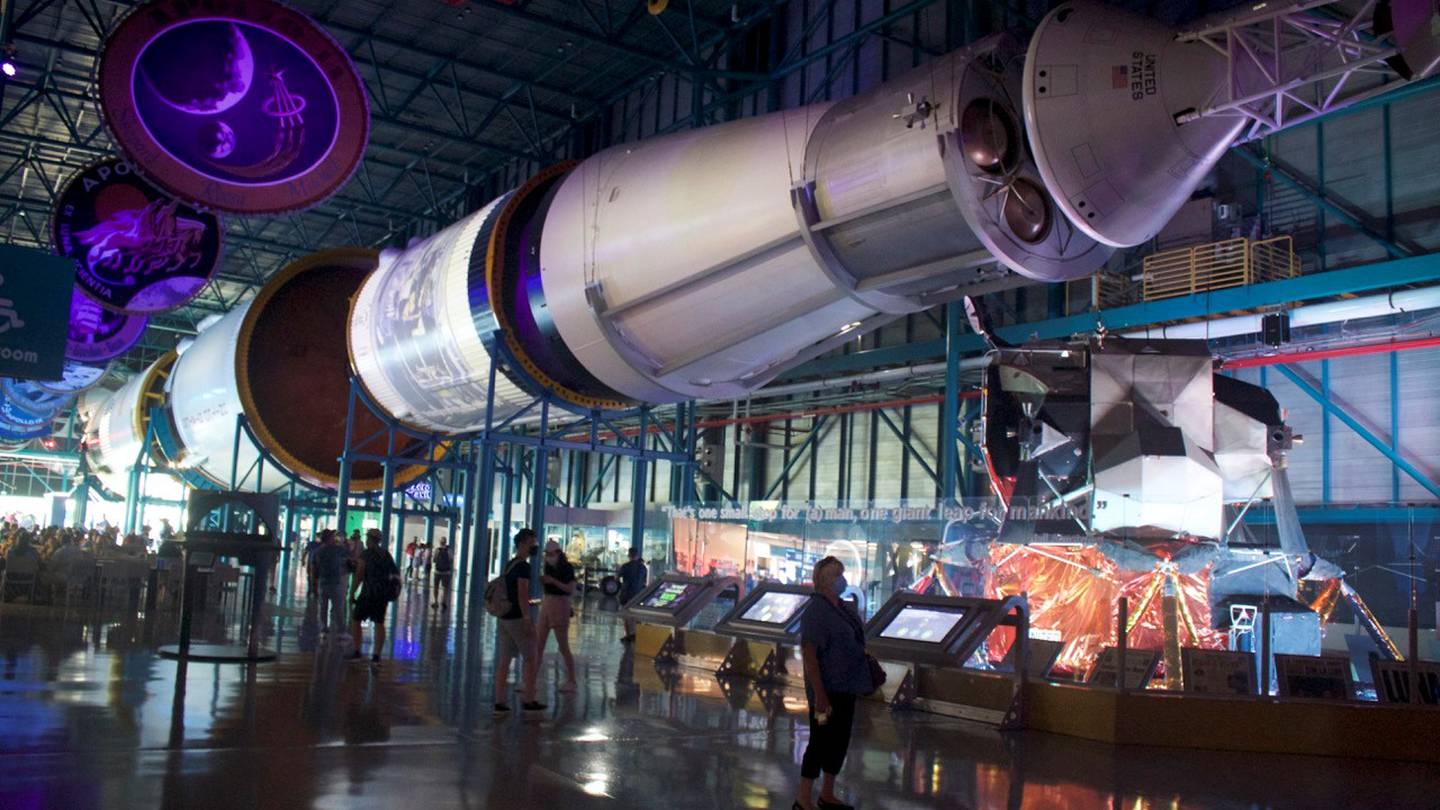 KENNEDY SPACE CENTER, Florida – Few of the sights in central Florida are more breathtaking than a rocket launch from the Cape Canaveral space station on the Florida Space Coast.

But even without a rocket ready on a launch pad, a gem for any space enthusiast can be found at the Kennedy Space Center Visitor Complex.

The attraction attracts more than 1.5 million visitors each year keen to explore the history of America’s achievements and struggles to reach the stars.

The 70-acre facility has undergone several changes since it opened in 1967.

Visitors entering the park are first greeted by a “Rocket Garden” which showcases some of NASA’s pioneer launchers, including the Saturn 1B, Gemini-Titan II, and Mercury-Redstone.

Near the Rocket Garden site is the Heroes & Legends experience, featuring the American Astronaut Hall of Fame.

Heroes & Legends is one of the park’s newest attractions and a great start to a day of exploring American space history. Visitors can hear some of the icons of NASA and what inspired them to become the heroes and legends that captivated the world.

Another stellar attraction at the Kennedy Space Center Visitor Complex is the Apollo / Saturn V Center. A bus ride from the main park takes guests to a center that focuses on the start of crewed missions that have ended with multiple successful visits to the moon and back.

The Apollo / Saturn V Center is home to several attractions, including a Moon Tree Garden, Apollo 8 and the Firing Room experience and a full-size moon landing site.

Guests can also walk under a full-size Atlas V rocket suspended from the ceiling and even touch a piece of the moon.

After seeing where it all began, the Space Shuttle Atlantis exhibit is an ideal stopover for visitors.

The Atlantis attraction showcases the history and achievements of NASA’s 30-year space shuttle program, and its crown jewel is Atlantis itself, the last shuttle to send astronauts into orbit.

READ: NASA seeks ideas for a nuclear reactor on the Moon

The Kennedy Space Center Visitor Complex also has a strong focus on the future of spaceflight. The Astronaut Training Experience and Destination: Mars attractions inspire the next generations of NASA pioneers who seek to go where no one has gone before.

In addition to all the historical wonders, you’ll find dining venues to fuel your own adventure and a two-story gift shop to bring the fun home.

READ: Snoopy will fly to the moon aboard NASA’s Artemis I mission in a one-of-a-kind spacesuit

The Kennedy Space Center Visitor Complex offers a world of inspiration for anyone ready to venture into the history and future of space exploration.

More information on tickets and park opening hours can be found here.