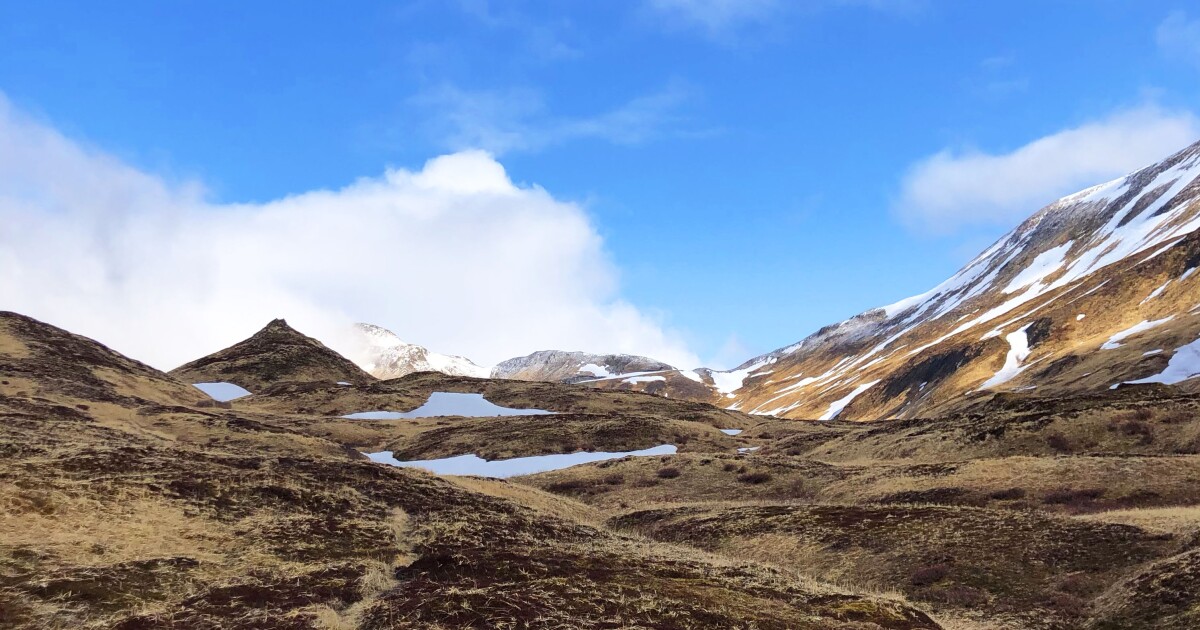 A tech startup that visited Unalaska in 2020 as a potential satellite launch site says it is finalizing its choice of location. And while communication between the company and the city began to fade earlier this year, the startup says Unalaska is still in the running.

SpinLaunch has identified Ugadaga Bay as a possible location to build a large centrifuge to launch satellites into low earth orbit. The project would likely require the construction of a road on the Ugadaga Trail, a popular hiking trail and a historic UnangaxÌ‚ commercial trail.

While the land in Ugadaga Bay is owned by Ounalashka Corp., the island’s indigenous village society, visitors must cross public land to access it.

Diane Murphy, a spokesperson for the company, told KUCB: “SpinLaunch is reviewing a lot of launch sites” and they will not be commenting until this decision is made.

The privately held Ounalashka Corp. owns much of the land that would be used, and city officials were reluctant to discuss the matter. The KUCB therefore requested files from the city to have a window on the situation.

Notes from the city’s Planning Department suggest the 20-acre site would lie along the Ugadaga Bay Trail, one of the community’s most popular hiking trails and a historic trade route between the villages of Iliuliuk and Biorka.

Representatives of the space technology company visited Unalaska in September 2020 and gave a presentation to city officials on their community collaboration projects.

Soon after, emails between city officials discussing the potential risks and benefits of having SpinLaunch in Unalaska.

â€œThis is a good opportunity to bring more money into its economy through new technology,â€ Winters wrote in a September 2020 email.

But Ports Manager Peggy McLaughlin has raised concerns about the long-term economic benefits for Unalaska.

” It’s ringing [like] Unalaska can provide SpinLaunch with the perfect location, but SpinLaunch [has] little or nothing in the long run to give back, â€McLaughlin replied.

McLaughlin told KUCB this week she asked about long-term opportunities for Unalaska, such as job opportunities, housing development and the influx of students into the school. She says SpinLaunch was unable to provide satisfactory answers and left the September 2020 meeting with more questions than answers.

After this meeting last year, the city’s associate urban planner, Thomas Roufos, stressed the importance for SpinLaunch of developing a public awareness plan and having a clear objective on “how they are going to reinvest in the community”.

Roufos also stressed the importance for Ounalashka Corp. to manage the loss of the Ugadaga track.

The Ounalashka Corp. owns the land in Ugadaga Bay and has been discreet about any development project. Company chief executive Chris Salts did not respond to multiple requests for comment.

A rough sketch of the proposed 20-acre site shows the approximate location of the launch site and a road leading to the bay from the pass at the top of Overland Drive.

SpinLaunch launched its first successful test flight in October from a base in New Mexico. According to the company’s website, the New Mexico accelerator is over 160 feet. And the next site they build could be three times the size.

According to a memo from the Planning Department, the proposed site would cover about 20 acres, with an additional five to 10 acres for road and access.

The emails also show discussions around the sonic booms the centrifuge would create with each launch. But the company says the blasts would not affect residents of the city of Unalaska because the site is too far from the center of the community and faces the opposite direction.

City officials discussed the benefits of SpinLaunch as being the ability to create jobs and generate significant tax revenue for the city, which has been a major concern of late.

In recent months, city officials have emphasized the importance of diversifying Unalaska’s economy. The city estimates it could lose more than $ 2 million in tax revenue due to the closure of the red king crab fishery and has taken steps to diversify the local economy.

In 2018, SpinLaunch considered developing a base in Hawaii, but public opposition prompted company representatives to travel to Hawaii to hold a public meeting. A video on youtube shows angry residents disrupted the April 14 meeting on several occasions and SpinLaunch ultimately abandoned plans for the project.

The company would have to apply for a commercial space license from the Federal Aviation Administration, and the application process would require an environmental review.

An FAA spokesperson said the agency “has not received any applications for a commercial space license that would support launches from Unalaska.”

An email sent by SpinLaunch in January 2021 stated that they were “still very interested in Unalaska”.

But the emails show that correspondence between SpinLaunch and city officials ceased this summer, and the city’s planning director said he had not been in contact with the company since then.

Company representatives said last month that they were in the process of choosing a location for their next launch site and would notify the community of any further updates.

A closer look at the reshuffle at NAZ Elite

Notice: The telescope that will replace Hubble will be launched at Christmas. Here’s why it’s important