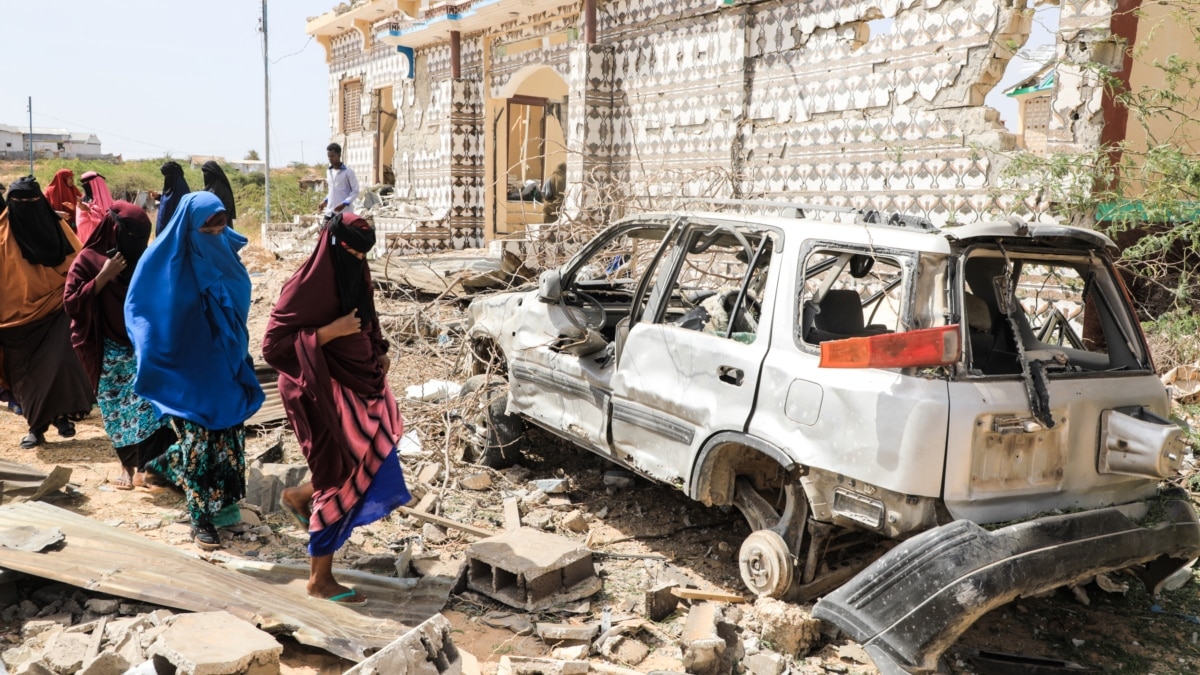 Dozens of people were killed in fierce fighting between locals backed by Somali government forces and al-Shabab militants in the central Somalia town of Adado, witnesses and witnesses told VOA on Friday. regional managers.

Witnesses and Somali officials in the area said the fighting began when members of the terror group invaded the small town of Bahdo, about 60 kilometers east of Adado.

Somali army spokesman Yabal Haji Aden told VOA that the militants began their attack with a vehicle-borne suicide explosive, which detonated near the entrance to the town. This sparked an intense street battle between the militants and the town’s local militia, which was supported by units of the Somali forces.

“They tried to blow up three vehicles loaded with explosives…one of the [which] exploded when our soldiers hit it with a rocket-propelled grenade,” the spokesperson said. [then] abandoned the second, and the third vehicle escaped.

“Terrorists have tasted death, both inside and outside the city. They left 47 corpses, rifles and military ammunition,” he said.

Town residents and officials said three children, a well-known religious scholar and three soldiers were also killed in the fighting.

Bahdo is known to have been a base for moderate Islamist scholars, the governor said, explaining that fighters belonging to the moderate Sufi Islamist militia known as the Ahlu-Sunna Wal-Jamaa – a group nominally aligned with the Somali army considering al-Shabab extremists as an enemy — were involved in the fighting.

Ahlu-Sunna Wal-Jamaa began a war against al-Shabab militants in late 2008 over sectarian differences, but also clashed with government forces over political differences and control of the central Somali city .

In an interview with VOA, Ahmed Shire Falagle, Minister of Information for Galmudug State, which includes Galguduud Administrative Region, said the militants’ attack on the town was not a surprise.

“Our forces, those of Ahlu-Sunnah and the inhabitants, [were] warned before al-Shabab’s attack,” he said, adding that al-Shabab had suffered around 100 casualties, including dead and wounded.

After the fighting, local militias and government forces showed the bodies of around 30 dead militants.

Al-Shabab has been fighting for years to dislodge the country’s central government and targets moderate Islamist groups.

The group frequently carries out shootings and bombings against military and civilian targets and has also attacked regional targets, particularly in neighboring Kenya.

Analysts said Friday’s fighting was the deadliest in years for al-Shabab and came days after Somalia’s president appointed a new prime minister, who called the fight against al-Shabab a priority.

Abdiwahid Isaq contributed to this report.

Science News Roundup: China Finds Signs of Water in Moon’s ‘Ocean of Storms’; South Korea’s Innospace will launch a rocket from Brazil in December and more