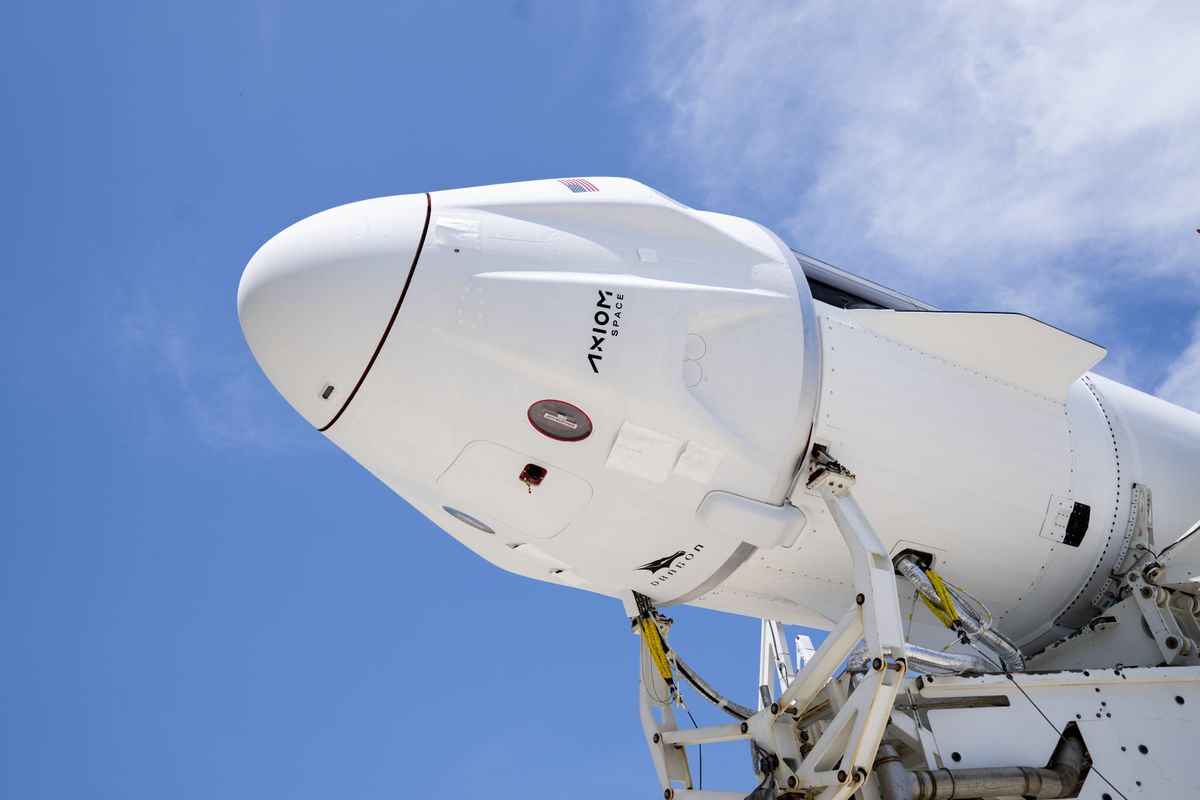 The hardware that will launch the first-ever fully private astronaut mission to the International Space Station has made its way to the pad.

On Tuesday (April 5), SpaceX launched the Falcon 9 rocket and Dragon capsule that will fly the Mission Ax-1 to Launch Pad 39A at NASA’s Kennedy Space Center (KSC) in Florida. SpaceX released photos of the deployment on Twitter (opens in a new tab).

Axe-1, organized by the Houston company Axiom space, is scheduled to take off on Friday, April 8. It will send three paying customers and Axiom employee Michael López-Alegría, a former NASA astronaut who commands the mission, to the orbiting lab for an eight-day stay.

Private citizens have visited the station before, but they have always flown alongside government astronauts – specifically, employees of Roscosmos, the Russian Federal Space Agency. Ax-1 will therefore open a new path.

The upcoming mission isn’t the first entirely private crewed trip to Earth orbit, however. This distinction belongs to inspiration4, a SpaceX flight purchased and commissioned by tech entrepreneur Jared Isaacman. He and three other people circled our planet for nearly three days last September aboard a Dragon capsule, but they did not encounter the space station.

Ax-1’s launch had been scheduled for Sunday (April 3), but was pushed back to accommodate NASA’s “wetsuit rehearsal.” Artemis 1 lunar mission, which was held the same weekend at KSC’s Pad 39B.

The Artemis 1 test, however, did not end on Sunday as planned; it was delayed and then interrupted by technical problems and will be resume some time after takeoff from Ax-1.

SpaceX also has another crewed Dragon mission coming this month – Crew-4, which will send three NASA astronauts and a European spacecraft to the space station for an extended stay. Crew-4 is currently scheduled to launch from Pad 39A on April 20.