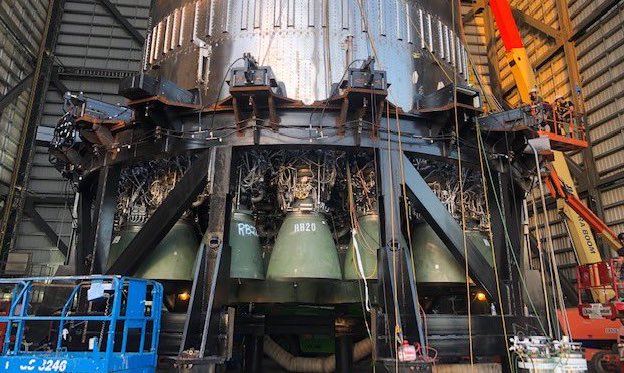 SpaceX CEO Elon Musk has revealed that the Raptor 2 engine is operating at a 300 bar main pressure chamber intended for the Starship spacecraft for its upcoming missions. The new version of the Raptor broke the previous record it held in 2019, especially those used for the other spacecraft of the space company.

Elon Musk got all the “science guys” on Twitter earlier when he revealed the improvement of the new Raptor 2 engines compared to its original version of the famous machine. The Raptor 2 now operates regularly at a main pressure of 300 bar, which Musk says is higher than its previous capabilities; thus establishing a new future for the company.

The public knows that the Raptor 2 engine is for the Starship rocket, which will soon travel to Mars to bring the first humans to the neighboring planet.

The improvement shows that SpaceX has been developing the rocket all these years, focusing first on the Falcon spacecraft and the original versions of the Super Heavy and Starship.

However, the Raptor 2 is best known for its intended use in the latest spacecraft, especially the SN20, the newest ship for the multiplanetary mission.


The new engine beats the Original Raptor 2019 Record, producing 268.9 bars, which was a feat two years ago since it overtook a Russian rocket. Since then, the engine has been designed for the use of various company rockets.

SpaceX spacecraft: is it ready for Mars?

SpaceX is only waiting for environmental approval for Starship launches from the public and the Federal Aviation Authority, especially since Boca Chica and the American people have a say in it. The timeline is later than initially expected by the CEO, saying he would have his response by the end of February.

The Starship launch could likely take place in early March.

The reason behind this may be due to Starship’s abilities and readiness for her mission to go live soon. However, despite the optimism and speed of his enterprise, Musk has always said that the first mission to Mars with a human crew could begin in a decade, possibly in 2031.

Mars isn’t going anywhere, but humans will try to reach Mars within a decade, as the SpaceX CEO has promised. The Raptor 2 brings new technology to SpaceX, which dramatically improves the quality of its launches with a new engine developed from years of research and testing.

This article is the property of Tech Times

2021 TECHTIMES.com All rights reserved. Do not reproduce without permission.