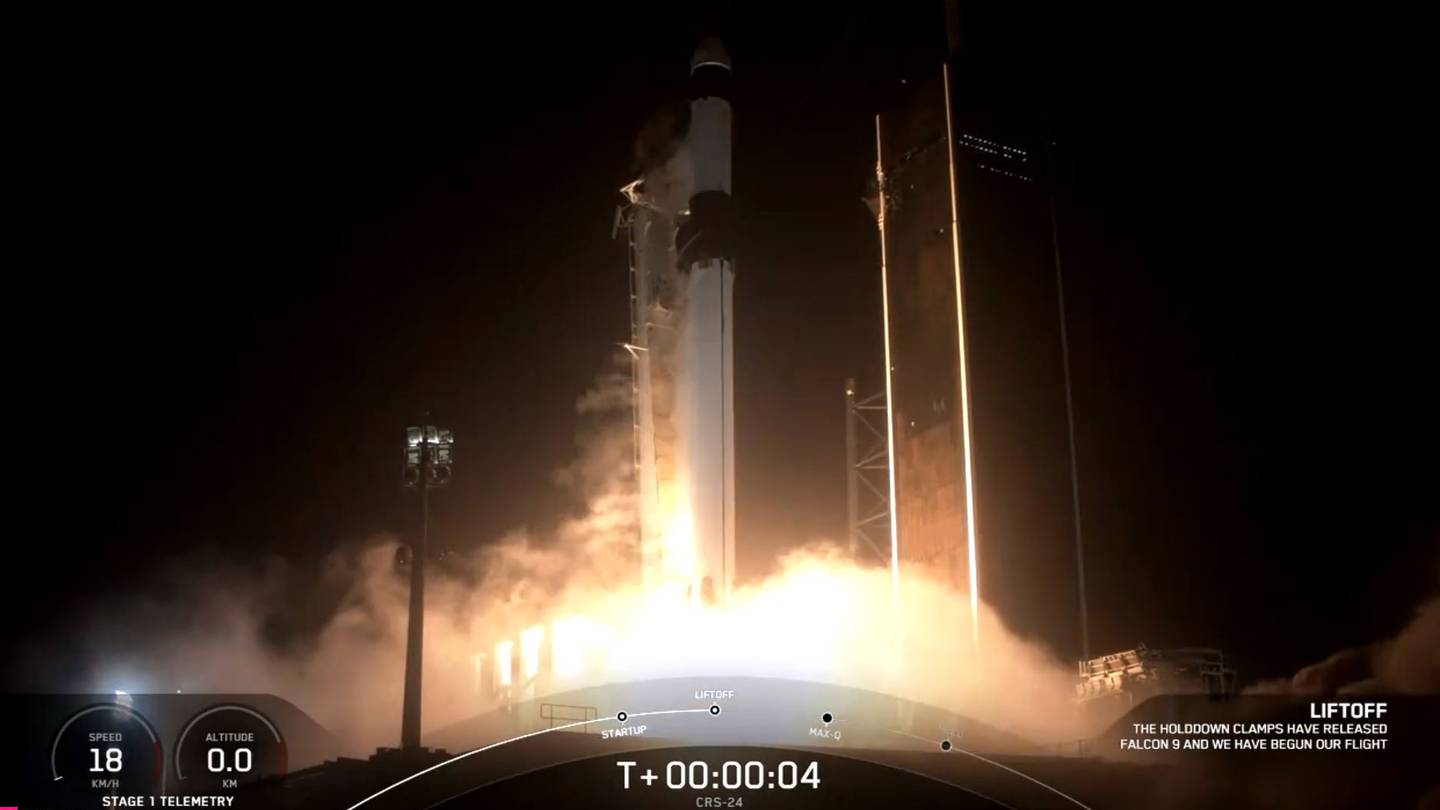 A SpaceX rocket lifted off on Tuesday carrying a miniature United Arab Emirates-Bahrain satellite to the International Space Station.

The Dragon spacecraft separated from the Falcon 9 rocket at 2:22 p.m. and will reach the space station at 1:30 p.m. Wednesday.

It delivers over 2,900 kilograms of supplies, experiments and treats to astronauts.

The UAE-Bahraini CubeSat, called Light-1, will monitor and study terrestrial gamma ray flashes from thunderstorms and cumulus clouds – fluffy clouds with a flat base.

It will spend a few weeks on the ISS, before being deployed in orbit in January to begin operations.

The nanosat is a joint project of the United Arab Emirates Space Agency and the Bahrain National Space Science Agency.

Light-1 was named after King Hamad’s first book titled The first light, which traces the history of Bahrain. It is a 3-unit CubeSat, the most advanced in its class.

What is he going to study?

Light-1 will measure charged particles above thunderstorms that release harmful levels of radiation and can endanger aircraft passengers.

The particles – known as terrestrial gamma-ray flashes – can expose airline passengers to the equivalent of 400 chest x-rays in a single flash.

Flashes can also wreak havoc on an aircraft’s electronics, putting passengers and crew at risk.

A special crystal detector on the nanosat will help measure the flashes and their power.

“To give you an idea of â€‹â€‹how powerful they are – a thunderbolt … produces voltages of around 500 kilovolts, which is strong enough to kill a person if it hits them.”

â€œTGFs can achieve energy of up to 100 megavolts of electrons, which means they give off more than 100 megavolts. It is very high energy.

The phenomenon was accidentally discovered by space scientists at the US space agency Nasa in 1992 during studies of cosmic gamma ray flashes, which occur outside the Earth’s atmosphere.

TGFs are created above storm clouds, last only a few milliseconds, and escape into the atmosphere.

â€œPlanes fly above the clouds all the time and if they were to fly close to where a TGF would be issued, it is actually very dangerous for the people on board and also for the flight attendant. [aircraft] electronic, â€said Ms. Al Qasim.

“So we need to better understand these things to help us really avoid the danger that might arise.”

Francesco Arneodo, professor of physics at the New York University Abu Dhabi Center for Astro, Particle and Planetary Physics, said the mission would help create an improved model of how these gamma-ray bursts are generated.

Some of the main questions the nanosat would aim to answer are how are they generated, how often, and for how long do they last.

“Over the past 20 years, there have been satellite missions designed to study gamma ray bursts generated in galaxies, but there have only been a few missions that study bursts from Earth,” a- he declared.

â€œThe exact mechanism of generation is not very well understood. There are a few models that explain it, but none indicate the exact cause. “

Both types of crystals – cerium bromide and chlorinated lanthanum bromide – would emit light whenever a charged particle passed through them.

Professor Arneodo said the life of the mission could last up to six months.

Data from the nanosat would be transmitted whenever it was over one of the two ground stations in Abu Dhabi or Lithuania.

Professor Arneodo hopes to combine the data with other ongoing missions that study bursts, including the Atmosphere-Space Interactions Monitor mission which launched in 2018 and is still active.