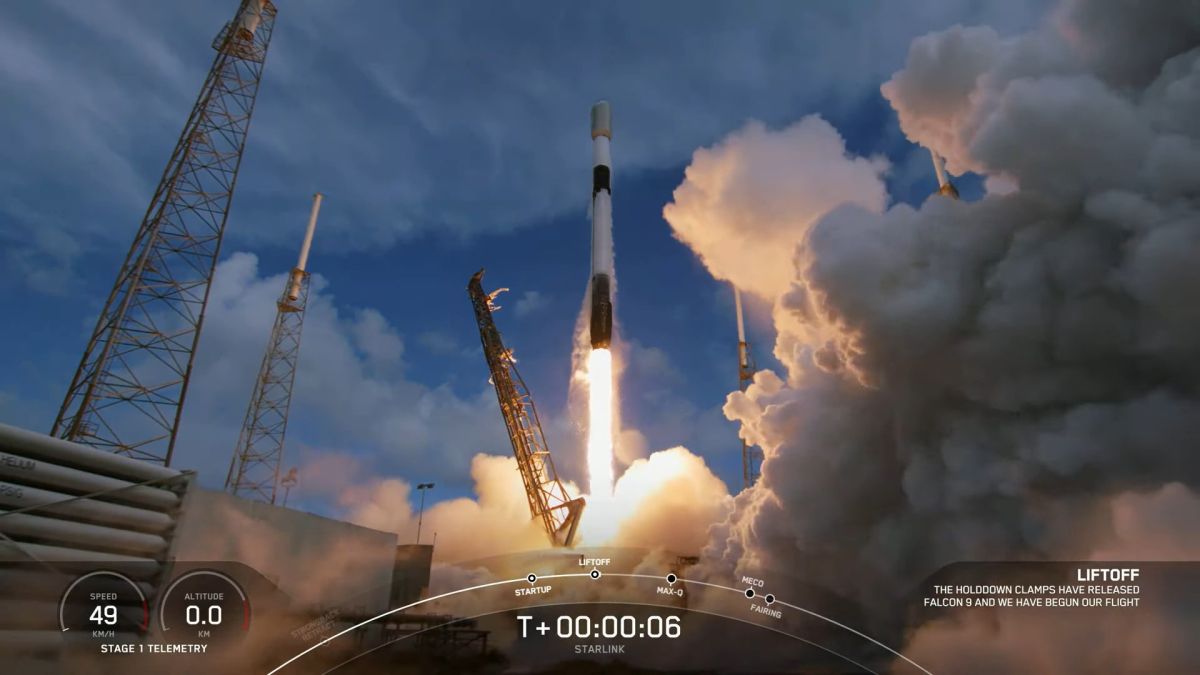 SpaceX will launch 46 Starlink satellites into orbit Thursday, July 21, and you can watch it attempt to break a launch record live.

A two-stage Falcon 9 rocket topped with a slew of internet satellites is scheduled to lift off at 1:39 p.m. EDT (10:39 a.m. local time or 5:39 p.m. GMT) from Vandenberg Space Force Base in California. If SpaceX is successful, the company will surpass its record 31 launches of 2021 with a 32nd launch in 2022, and still counting.

You can watch the full launch footage — including an attempted Falcon 9 first-stage landing atop the SpaceX “Of Course I Still Love You” drone in the Pacific Ocean — here on Space.com or directly through SpaceX’s YouTube (opens in a new tab) channel.

Coverage typically begins approximately 15-20 minutes before launch, and all launch times are subject to change due to weather or technical issues.

The company’s last successful Starlink launch from Vandenberg was on July 11, during which 46 Starlink satellites went into space and the first stage of the rocket landed on the droneship 8.5 minutes after launch.

More frequently, broadband satellites are sent into space from Cape Canaveral Space Force Base in Florida. In fact, SpaceX launched a Starlink east coast launch a few days ago on Sunday (July 17).

In the longer term, the company won regulatory approval to put 12,000 Starlink craft into orbit and asked an international regulator to send another 30,000 satellites afterward.

How to Lather Bar Soap, According to a Dermatologist