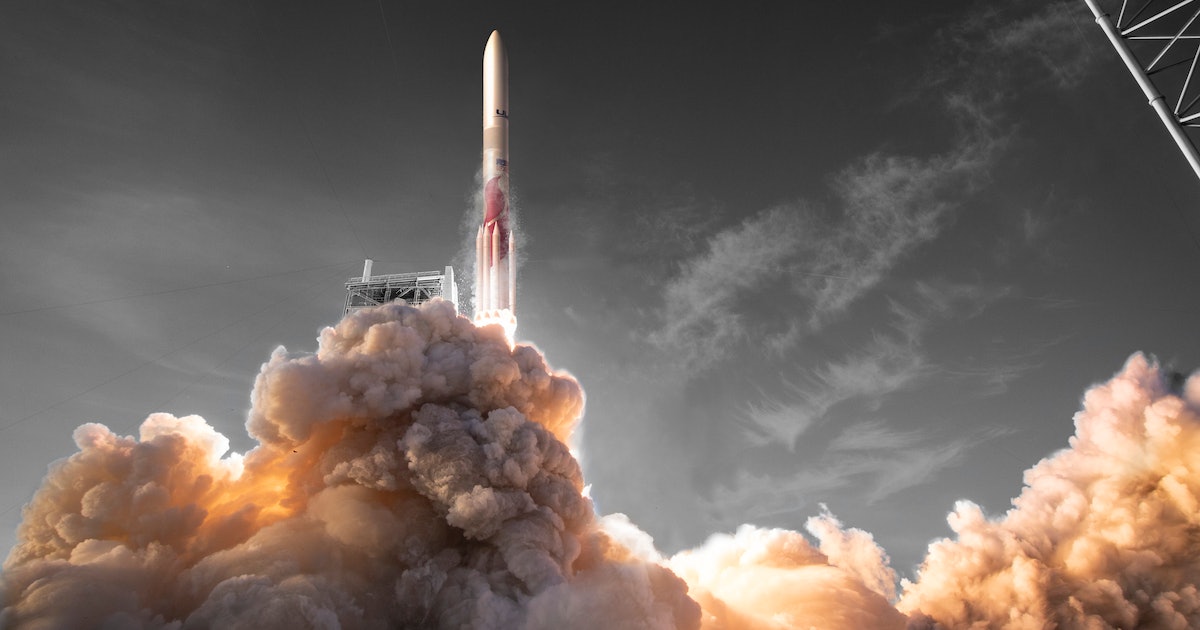 Later this year, the United Launch Alliance will end its workhorse rocket, the Atlas V, and begin the era of the Vulcan rocket.

Atlas V has had an impressive 93 launches in its nearly 20-year history, making it the longest active launcher in the United States. Additionally, Atlas V had only one partial failure, when the rocket was unable to insert a payload for the National Reconnaissance Office into its intended orbit – but after the satellites were able to compensate for the problem, the NRO considered it a mission success.

With 23 launches remaining, Atlas V’s impressive run is over – but why? There are many reasons, but Russian aggression in Ukraine plays a major role.

Replacing a primary launch vehicle is no easy task, and ULA has every reason to stick with Atlas V. Despite this, the company is confident of replacing it with a bigger and better rocket. Enter Vulcan. Vulcan has a more complicated “modular” upper stage, and the entire rocket is built on a completely different system than Atlas V.

Currently, ULA will launch Vulcan with a “Vulcan-Centaur” configuration. This “Centaur” upper stage is equipped with two RL10C engines, which marks nearly 60 years of use for this engine model. The RL10 series has been fired nearly 700 times in space and represents a continuation of ULA’s “play it safe” attitude. Similarly, Vulcan Centaur can be fitted with up to 6 solid rocket boosters, similar to the variants found on Delta II and Delta IV rockets.

In stark contrast, the lower stage is powered by a pair of controversial BE-4 engines, made by Jeff Bezos’ aerospace company Blue Origin. Originally planned to be custom built for Blue Origin’s New Glenn launcher, ULA eventually agreed with the company to use these engines for Vulcan Centaur.

Blighted by constant development and production delays, Blue Origin initially claimed the engines would be “ready to fly” by 2017, but this has been repeatedly pushed back. Apparently, the relationship between ULA and Blue Origin has been rocky due to the five-year delay. The BE-4 has never been flight tested, so Vulcan’s first launch later this year will mark its first real use – a possible risk point for a risk-averse company like ULA.

The Atlas V rocket was a workhorse not only for ULA but also for its customers. In particular, the Atlas V has been a favorite launcher for the military, thanks to its near-perfect track record. The ULA has launched several payloads, including “military comsat” satellites, reconnaissance satellites for NRO, and GPS satellites operated by the Department of Defense.

It is also the launch vehicle of choice for the Boeing Starliner, which has just completed its first mission to the International Space Station.

Atlas V is no slacker when it comes to science missions either. In 2005, an Atlas V rocket launched the coveted Mars Reconnaissance Orbiter, which continues to return beautiful images and conduct valuable research into the geology of Mars.

Other NASA missions launched on an Atlas V include:

With such a comprehensive catalog, Atlas V has allowed NASA to accomplish a lot.

The first launch date of the Vulcan is set for this year, although there is no official date yet. SpaceflightNow, which keeps a solid schedule of space launches, has the flight listed for “late 2022.” A launch date of 2022 was reiterated by ULA chief executive Tony Bruno in March.

Launch capabilities between Atlas V and Vulcan (and Starship)

As its mission history shows, Atlas V is quite a flexible rocket. It is capable of sending payloads to a wide variety of locations, including low Earth orbit (LEO), medium Earth orbit (MEO), geostationary transfer orbit (GTO), orbit heliocentric, etc. This diversity of orbits is possible thanks to the launch capabilities of the rocket. In its 551 configuration, Atlas V placed up to 18,800 kg in LEO. Likewise, he threw 8,900 kg in GTO.

Vulcan, an even more powerful rocket, could theoretically launch up to 27,200 kg towards LEO if equipped with six solid rocket boosters. This Vulcan Centaur VC6 configuration could also lift 13,600 kg to GTO. (A proposed Vulcan Centaur Heavy has the same LEO/GTO launch capability as Vulcan Centaur VC6.)

Notably, it would still put ULA behind SpaceX in launch capability should SpaceX’s Starship dreams come true. The company estimates that its giant rocket could lift at least 100,000 kg to LEO and 21,000 kg to GTO. Of course, massive rockets like Starship are faced with the question of whether anyone needs such payload capacity. Both Atlas V and Vulcan are designed to launch the payloads of the present, which are also designed with the limitations of these rockets in mind.

How Russia’s annexation of Crimea prompted the switch to Vulcan

Like anything else, Atlas V can’t stay in the spotlight forever. The rocket is based on Russian-made RD-180 engines. Russian-made engines are a significant security issue for the US military. Problems arose even before Russia’s current invasion of Ukraine. Particularly after the Russian annexation of Crimea to Ukraine in 2014, the United States government began to pursue contingency plans in the event of sanctions being imposed on the Russian Federation. Shortly thereafter, a ban on the purchase of RD-180s was passed—and overturned the following year—by Congress.

In response to the uproar caused by Russia’s capture of Crimea and the reaction of Congress, ULA announced that it would contract Blue Origin for its BE-4 engines. Since the BE-4s rely on oxygen-rich liquefied natural gas (LNG) that is less dense than the RP-1/LOX mixture of the RD-180, the engines require much larger fuel tanks. This is one of the main reasons ULA decided it was time to develop a new rocket to replace Atlas V.

Reverse analysis – In the wake of Russia’s unprecedented invasion of Ukraine, it appears the ULA made the right call in choosing to move away from the RD-180s when they did. Given that recent sanctions have deemed “normal business relations” with Russia null for the foreseeable future, ULA is relying on Blue Origin more than ever to supply its BE-4 engines.

What weapons has Ukraine received from the United States and its allies? | News infographics