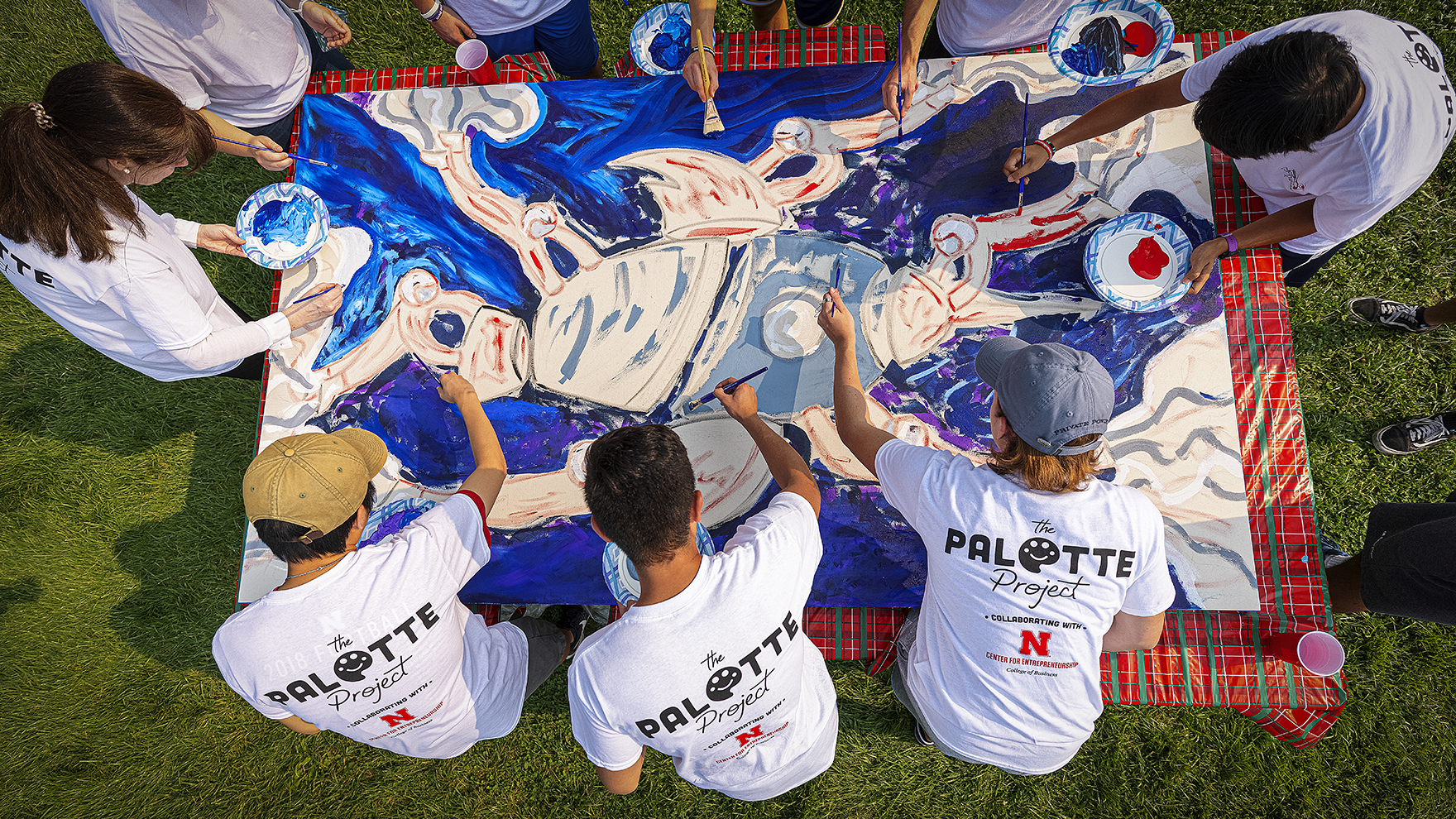 On September 1, students from the University of Nebraska-Lincoln gathered around one of the Palette Project’s first public art events. Surrounding a large canvas, Huskers dipped paintbrushes into color-coordinated mugs as they painted the rocket artwork. The design was created by art student Javier Rivera, then turned into a digital mockup by junior Avry Victor.

The completed artwork was on display at the Center for Entrepreneurship at the College of Business, the same location where Casarin first developed The Palette Project.

â€œI knew deep down that I wanted the Entrepreneurship Center to get my first project, just because they had helped me a lot in the process of starting a business,â€ said Casarin.

Casarin formed The Palette Project into a limited liability company in April 2021. Since then, she has seen the business flourish.

“The fact that she brought this to what it is now in the space of five months is insane,” said Maria Egyen, a classmate. “I think that’s a real testament to her drive and the type of person she is.”

Classmates and entrepreneurs from Casarin in Nebraska Business came to support her at Project Palette’s first big event. Some have organized sign-up tables by handing out designer T-shirts and filling cans with paint, while others let their artistic side take over by adding their individual touch to the mural.

The support came as no surprise to Eddie Sicilia, who is part of StartupsUNL (a recognized student organization) with Casarin.

â€œWe are a community. So of course the plan at the end of the line is that everyone has their own business or at least that’s the idea, but we support each other, â€Sicilia said. â€œIt’s actually one of our core values: supporting each other. “

With his first mural already hanging, Casarin has big plans for the future. Soon she will be making her mark on Lincoln with a 1,600 square foot mural by The Palette Project.