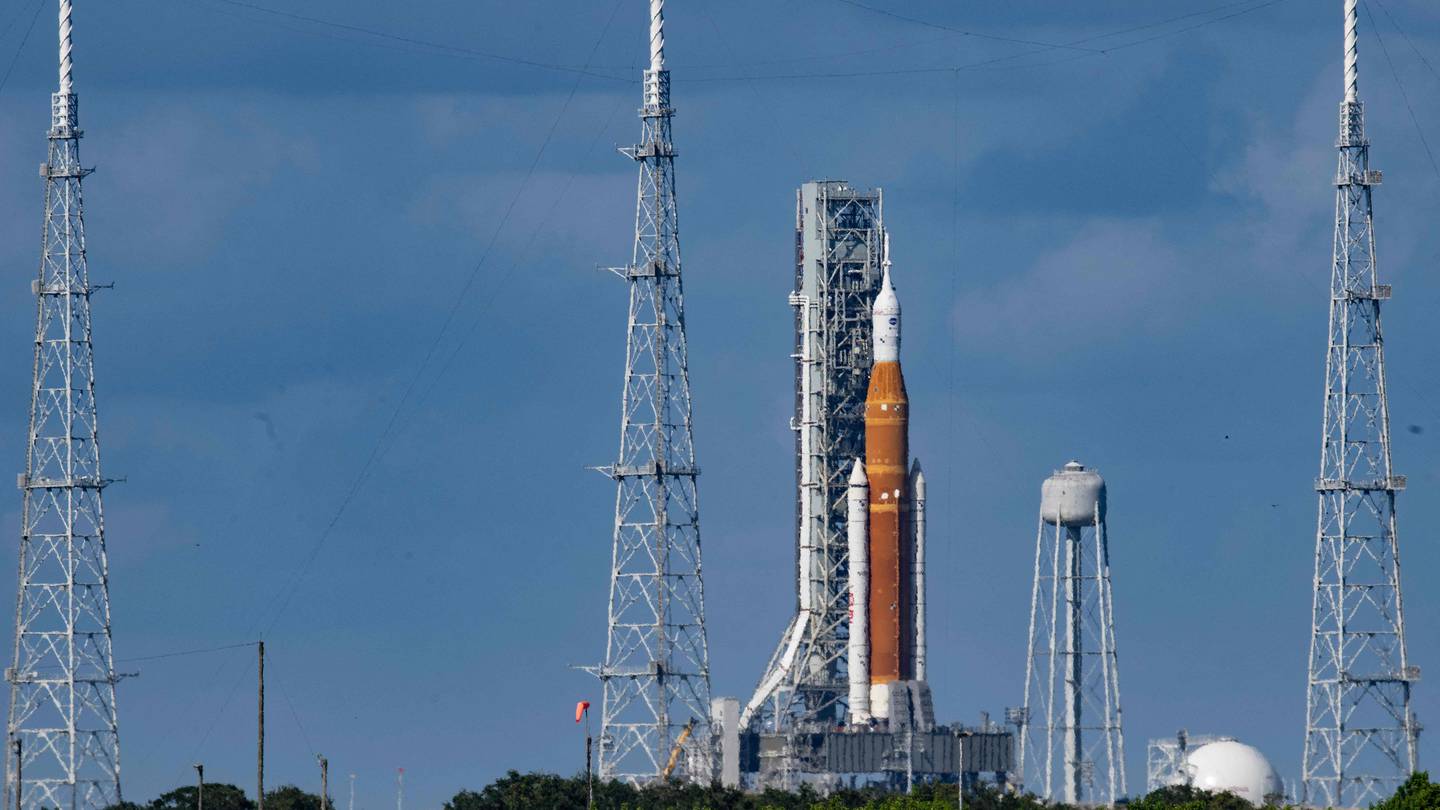 NASA has postponed the launch of its Artemis 1 Moon rocket for the third time due to the threat of a tropical storm that could turn into a hurricane.

The space agency was aiming for September 27 for liftoff, but weather conditions are no longer suitable, with Tropical Storm Ian expected to approach Florida early next week.

The launch of the Space Launch System and the Orion spacecraft has already been delayed twice due to technical issues.

Nasa said it plans to return the rocket to the assembly site, although no decision has been made at this stage.

“The agency is taking a phased approach to its decision-making process to enable the agency to protect its employees by deploying safely in time to meet the needs of their families while protecting the ability to move on. forward with another launch opportunity in the current window if the weather forecast improves,” the space agency said.

If the pullback continues, the transport of the rocket will begin late Sunday evening or early Monday morning.

This could push the launch back several weeks.

The Space Launch System, with the Orion spacecraft above, has been on a launch pad at Kennedy Space Center in Florida since August 16.

Nasa is trying to launch it as part of Artemis 1, an uncrewed test flight around the moon that would test the performance of the rocket and spacecraft.

It would pave the way for the Artemis program, which aims to build a lasting human presence on the Moon.

The US Space Force also monitored the weather conditions on the launch pad.

In a Sept. 23 statement, the Space Force said shower activity would approach Spaceport on Sunday.

“On Sunday, the boundary will retreat north before a likely strengthening of the tropical system in the western Caribbean, gradually shifting shower activity closer to the spaceport,” he said.

“Deep tropical humidity will spread through the spaceport on Tuesday, with widespread cloud cover and scattered showers likely during the launch window.

“As a result, our primary concerns will be the cumulus rule, the surface electric field rule, and the leakage constraint through precipitation.”

A rocket cannot be launched when these concerns are present, as it could damage the rocket and put public safety in question.

NASA’s Artemis I launch to the Moon: How to watch the third liftoff attempt