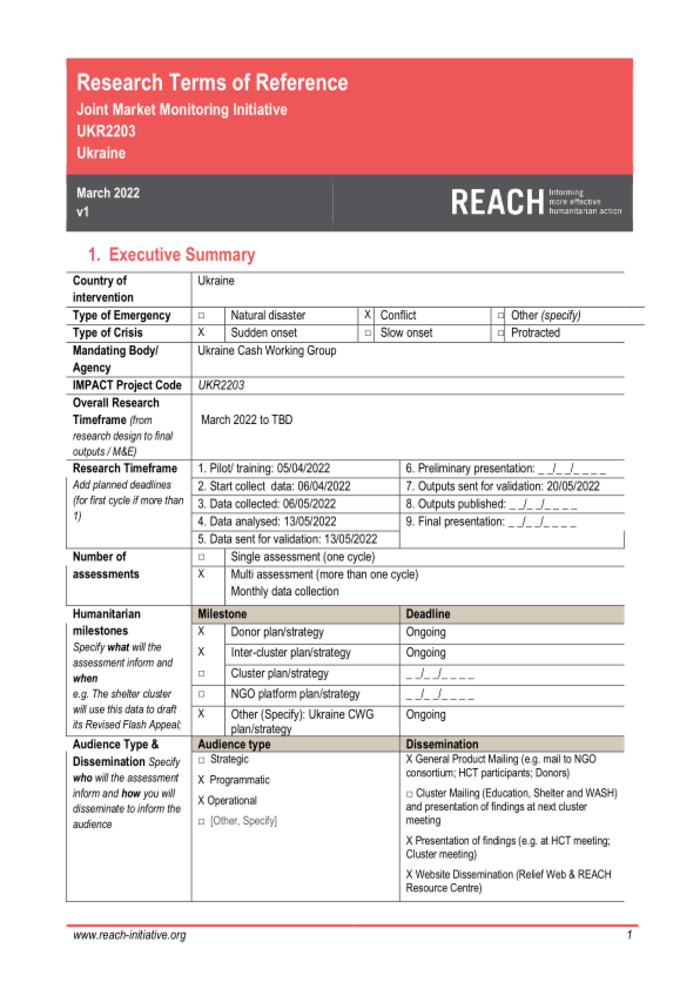 On February 24, after weeks and months of military buildup on the border and heightened tensions, Russia launched a full-scale invasion of Ukraine, with rocket fire hitting targets across the country and its ground forces advancing north, east, and south. Major attacks were reported across Ukraine, including in the capital, Kyiv, causing civilians to flee to shelters and subways as air raid sirens sounded through the streets of the capital. Russian troops quickly reached several major towns near the border, causing military clashes in these towns. Chernihiv (north), Sumy (north), Kharkiv (northeast), Kherson (south), Mariupol (southeast), Mykolaiv (south), Odessa (southwest), among other northern cities, Eastern and southern parts of the country, including Donetska and Luhanska oblasts, suffered from ongoing military fighting and civilian casualties from the early days.

Military ground clashes, rocket fire, shelling and shelling in these densely populated urban agglomerations have caused large flows of displacement with more than a million people moving to safer areas in the center and l west of the country and more than 2 million people fleeing the country.

Reported destruction of critical infrastructure, active military clashes in settlements, large-scale displacement contribute to worsening humanitarian situation in the country. People who remain stranded in towns surrounded by the military and internally displaced people who have reached safe havens need humanitarian assistance. The different challenges related to each of the groups complicate the organization of the response. Access to affected communities remains severely restricted, while the ever-deteriorating security situation prevents the possibility of evacuation in many places, resulting in the accumulation and exacerbation of unmet needs. Many settlements that host IDPs would face capacity challenges to absorb the inflow of IDPs on such a scale.

Humanitarian agencies have urgently stepped up their work in the country to organize and deliver the necessary response at the appropriate scale. It was agreed by the Humanitarian Country Team (HCT) that Multipurpose Cash (MPC) would be the primary response modality. The Cash Working Group (CWG), co-led by OCHA and ACTED, has set up four task teams to assess and plan the cash response. These teams focus on targeting (led by WFP), referral mechanisms (led by the Norwegian Refugee Council, NRC), deduplication and registration (led by UNHCR) and tracking (led by ACTED ). REACH is engaged as a technical partner in all four CWG work teams and is fully involved in the development and implementation of the Joint Market Monitoring Initiative (JMMI) tools in Ukraine.

Given the current conditions of mass displacement and active military clashes in urban centers, as well as the importance of the MPC in the response in Ukraine, market surveillance is essential for the humanitarian response. Due to the sudden extension of the conflict to areas of Ukraine that were previously spared, usable data on the humanitarian market in the areas of intervention of the partners are very limited and incomplete. JMMI seeks to fill this information gap by providing useful and timely data on Ukrainian market price trends, which will allow the Cash Working Group to continually revise its standard MPC transfer values ​​to reflect changing market conditions. humanitarian situation.