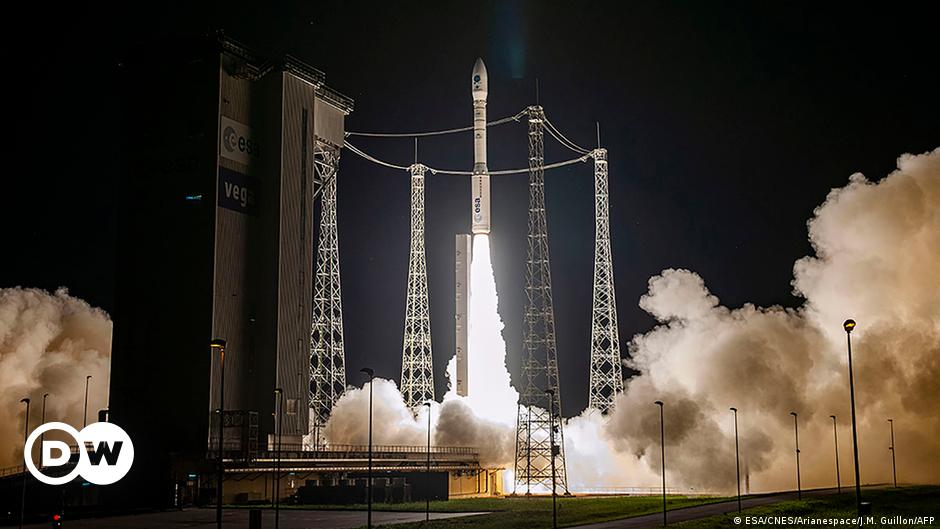 Many space programs and rockets would probably not exist without the Ukrainian space industry.

Ukraine has been a major player in the global space industry since the 1950s. Today it is one of the leading designers and manufacturers of space launchers, rocket engines, spacecraft and electronic components .

One of the main space manufacturers in Ukraine is the state-owned company Yuzhmashwho works closely with Yuzhnoye, a satellite and rocket designer based in Ukraine. Both companies were founded in the 1950s and depend on the State Space Agency of Ukraine (SSAU).

A key role on the global space scene

The European Space Agency’s (ESA) successful Vega family of rockets, which recently celebrated its 10th anniversaryhas a Ukrainian manufacturing rocket engine in its upper stage – the part that detaches from the rocket and then places the payload into the desired orbit.

The Vega launcher is used to launch small payloads, and a newer version, the Vega-C, is currently under development and is expected to launch later this year.

Another important rocket family designed by Yuzhnoye is the Zenit, which was intended to replace the obsolete Soviet-era Tsyklon and Soyuz rocket families. After 71 successful launches, the last flight of the Zenit family of rockets took off in December 2017.

The Soyuz family, since its first flight in the 1960s, has been the most widely used launcher in the world. After the Space Shuttle ended in 2011 and until SpaceX’s Falcon 9 mission in 2020, Soyuz rockets were the only launch vehicle approved to send astronauts to the International Space Station (ISS).

The ISS is in constant need of new supply deliveries. For this, they use different spacecraft such as the SpaceX Dragon, the Russian Progress or the Cygnus, which is carried by an Antares launcher jointly developed by the American company Northrop Grumman and the Ukrainian Yuzhnoye.

Additionally, some parts of the rocket engine technology currently being developed by Rocket Factory Ausburg, a German start-up trying to build the world’s cheapest rocket, comes from Ukraine’s Yuzhmash, according to Golem.

Both Yuzhnoye and Yuzhmash are headquartered in the city of Dnipro in southeastern Ukraine, nicknamed “Rocket City” after its space industry.

So far, no official attack has been reported in the city, but Reuters reported eyewitness video of an alleged explosion near Dnipro February 24.

Two days later, euro news reported that masses of Dnipro men and women were volunteering to join the fight. This was further confirmed by Al Jazeera Witnesseswhich reports that “people are scavenging food, water, clothing and even making Molotov cocktails to throw at tanks”.

During the Soviet era, Dnipro was one of the main centers of space, nuclear and military industries and played a crucial role in the development and manufacture of ballistic missiles for the USSR.

One of the most powerful intercontinental ballistic missiles (ICBMs) used during the Cold War was the R-36, which later became the basis for the Tsyklon launcher families. R-36 and Tsyklon were designed by Yuzhnoye and manufactured by Yuzhmash.

Dnipro’s famous aerospace industry has also attracted foreign companies like Texas-based Firefly Aerospace. The company was purchased in 2017 by Max Polyakov, who opened a Firefly Aerospace research and development center in Dnipro the following year.

It has successfully launched many satellites for communication, imaging and scientific purposes into orbit and is developing a new space launch vehicle, Cyclone-4M, based on Zenit and Tsyklon.