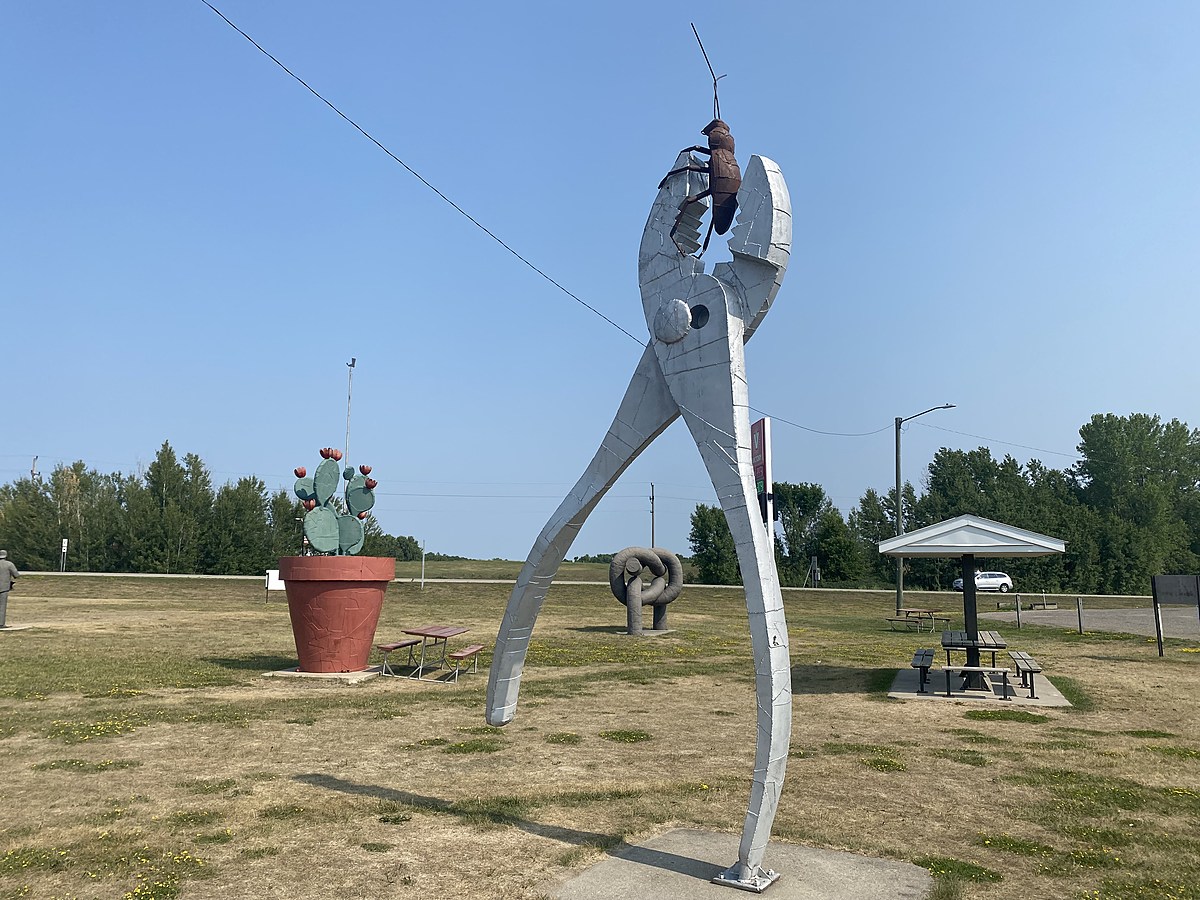 When you walk into the town of Vining Minnesota in Ottertail County, you don’t expect to see a giant foot, but that’s exactly what greets you on the side of Highway 210.

The Big Foot sculpture is one of the city’s many sculptures created by artist Ken Nyberg. Ken grew up in the area and worked as a foreman for Volden Construction, traveling across the United States to build grain elevators. His metal sculpture designs first appeared in the 1980s and were made from scrap metal just for fun. The Big Foot appeared in 1991, becoming the identity landmark of the city of Vining.

Ken retired in 1999 and has since spent his free time creating masterpieces in his shop at his home on East Battle Lake, placing them all over town and in Ottertail County.

Many of his designs can be found in Nyberg Park next to the Big Foot gas station in Vining. The park features his elephant sculpture, the dancing knife and spoon, a giant potted cactus, and a huge watermelon. This park is also home to a special sculpture of Ken, the one he made in honor of his daughter Karen Nyberg, a NASA astronaut who traveled to the International Space Station both in 2008 on the space shuttle. Discovery and again in 2013 on a Soyuz rocket.

Ken’s whimsical creations have been making travelers smile across the small town of Vining for years, and will do so for years to come.

The city of Vining, Minnesota is filled with totally unique sculptures