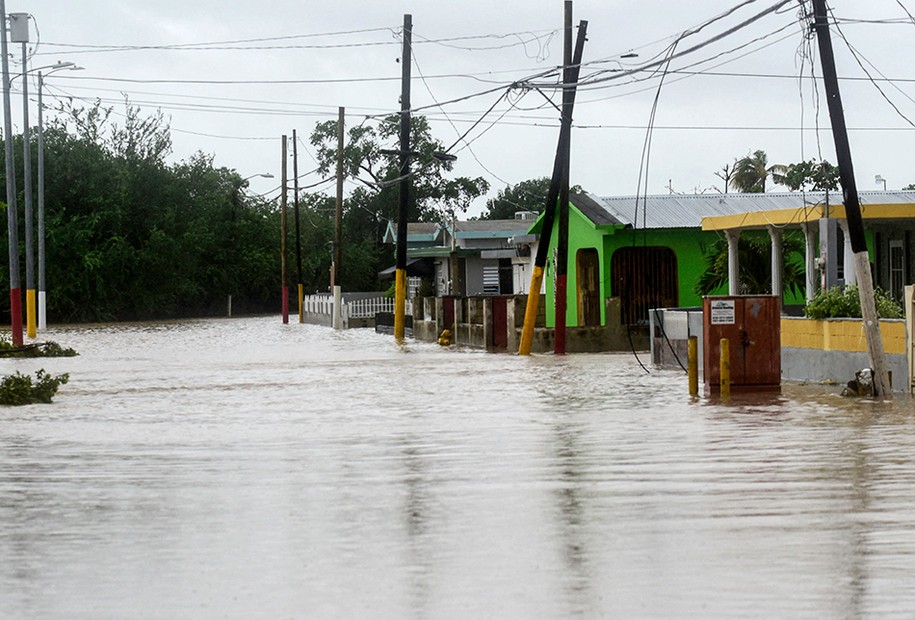 “You get the kind of devastating flooding that we’re seeing right now with these hurricanes making landfall.” You warm up the soils in the summer, you dry them out more, so you get more dryness. And what we’re seeing out west, the heat, the drought combine to give us these devastating wildfires. And so, it’s not rocket science. The physics here is very basic, and it tells us that we reap what we sow. We are now experiencing devastating climate impacts.

Also falling into this category of reaping what we have sown is why Puerto Rico was about to suffer worse devastation than before. Environmental racism is unfortunately rampant on the island. Even after Maria clarified that the network manager The Puerto Rico Electric Power Authority should not continue to oversee Puerto Rico’s power, an equally corrupt entity known as LUMA has taken over and once again let residents down. Energy justice in particular is an issue that is “gaining traction,” according to Nonprofit Quarterly. Fiona’s aftermath will no doubt represent a flashpoint in solving this problem – and one that certainly cannot wait given the ability of climate change to make storms worse and create them in record time.

These worsening storms are also heading towards Japan, which saw one of its most powerful typhoons make landfall on the island of Kyushu earlier on Sunday. Considered a super typhoon, Typhoon Nanmadol at worst resembled a Category 4 hurricane and brought huge amounts of rain to Kyushu and neighboring islands. Like in Puerto Rico, Kyushu, Chugoku and Shikoku are struggling with massive amounts of flooding and power outages. Already two people have died and a total of eight million have been asked to evacuate because of the storm.

Finally, before Typhoon Nanmadol and Hurricane Fiona, Alaska experienced a particularly terrible storm in the Bering Sea which, according to Axios, “evolved from Typhoon Merbok. Experts told the outlet that there is no question that the storm, which caused major flooding and destruction in western Alaska, was not only made worse by climate change, but even the how the storm itself formed was affected by the climate crisis.

As Mann noted when he concluded his interview on Monday, the consequences of climate change are already here and they don’t care what region you live in or whether you are an ocean away from disaster. “Wherever you go, warmer oceans mean more intense hurricanes or typhoons, as we call them there, and worse flooding with those storms,” Mann said, calling the problem “the tip of the iceberg. “. “The good news is that we can prevent all of this from getting worse if we reduce these carbon emissions… We can prevent further global warming and worsening of these effects. But if we continue to burn fuels fossils, it’s only going to get worse, it just becomes a glimpse of what’s to come.