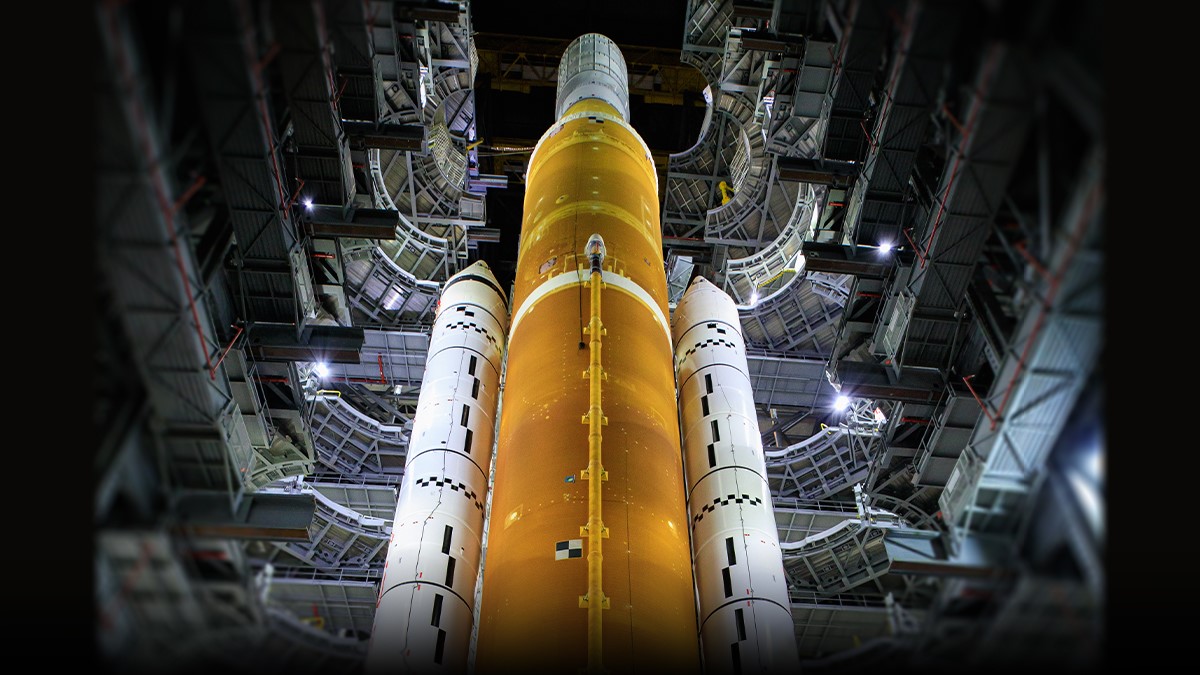 What is the most powerful rocket in the world?

The 2020s are shaping up to be the next great era in space exploration, thanks to organizations like NASA and private space companies like SpaceX and Blue Origin.

As a result, humans are once again turning to celestial bodies. Both NASA and SpaceX are actively developing capabilities to return humans to the Moon and Mars. NASA’s Space Launch System (SLS) and SpaceX’s spacecraft are currently the best contenders to get us there, but one question remains for space enthusiasts around the world:what is the most powerful rocket in the world?

Although we can simply compare the total thrust of each rocket, several factors must be taken into account to accurately award the title of “world’s most powerful rocket”.

NASA Space Launch System (SLS): Currently, NASA has three different configurations planned for the SLS. The first configuration, Block 1, will have a total thrust of 8.8 million pounds, 15% more than that of the Saturn V rocket.

The SLS is powered by four RS-25 engines, which produce only a quarter of the total thrust. The rest is provided by shuttle-derived solid rocket boosters. According to NASA, they are the “most powerful thrusters ever built for spaceflight”.

With an estimated thrust of 17 million pounds, SpaceX’s Super Heavy is expected to produce more than double the thrust of the SLS, if development goes according to plan.

NASA Space Launch System (SLS): For the Artemis I mission, the SLS will use its Block 1 configuration, which includes a payload capacity of 27 tons, or nearly 60,000 pounds in orbit beyond the moon. Blocks 1B and 2 have progressively larger payloads at 38 and 46 tonnes, respectively.

Which has more payload capacity? Super Heavy to LEO – SLS to the moon.

The answer to this question depends on the mission. Super Heavy can carry heavier payloads to LEO, but the Starship spacecraft above Super Heavy will require in-orbit resupply to get to the moon and beyond. Compare that to the SLS, which can launch a payload into deep space without refueling.

SLS chief engineer John Blevins said FLYING “Reusability was actually more expensive and gave us less launch availability, less mission success, than not having reusability. So it was a conscious agency choice in 2011, 2012, and I think that still fits the mission as we begin today.

SpaceX’s Super Heavy Spacecraft Booster: The Super Heavy Booster will be able to return to Earth for repeat launches, saving hundreds of millions of dollars in production costs.

NASA Space Launch System (SLS): According to NASA Inspector General Paul Martin, the estimated cost of the SLS core stage and solid rocket boosters during the first four Artemis missions will cost $2.2 billion per launch. The production of the SLS rocket and the Orion spacecraft, as well as operating costs, will drive the total price per launch up to $4 billion.

As part of a larger vision, the budget for the Artemis program is expected to reach $93 billion by 2025.

NASA Space Launch System (SLS): At the time of reporting, the SLS is currently undergoing another dress rehearsal attempt at Kennedy Space Center, where it is currently at Launch Complex 39B.

NASA’s SLS is set to launch this summer and will make an uncrewed trip around the moon and back. Subsequent launches of the Artemis program will take place over the next several years, culminating in the landing of the first woman and person of color on the moon.

SpaceX’s Super Heavy Spacecraft Booster: Although a Starship spacecraft was stacked on top of a Super Heavy Booster at SpaceX’s South Texas launch facility, Super Heavy apparently remains in development and has yet to be declared operational. SpaceX cannot take off from the Texas location until it passes an FAA-required environmental review, which is expected to be released in early June.

Which is operational? So far, only NASA’s SLS is known to be operational.

NASA Space Launch System (SLS): When the Artemis program finally launches its first crewed mission, it will take humans the furthest anyone has ever been from our pale blue dot. Artemis I will reach 280,000 miles from Earth, or 40,000 miles beyond the Moon. However, the SLS rocket system itself is not designed to complete the entire trip. SLS solid rocket boosters are designed to separate from Artemis about two minutes after launch and its core stage will drop about six minutes later. After that, Artemis’ interim cryogenic propulsion stage will propel the Orion spacecraft to the moon.

Which rocket booster can travel farther? Let’s call it the same.

NASA Space Launch System (SLS): Artemis I, crowned by the Orion spacecraft, is currently 322 feet tall. The Block 1B Crew and Block 2 Crew configurations will be slightly taller at 365 feet, thanks to the addition of an interstage and exploration upper stage. Separately, the rocket booster is 212 feet tall, with a diameter of 27.6 feet, according to NASA. The SLS core stage can store up to 730,000 gallons of supercooled liquid hydrogen and liquid oxygen that powers the rocket’s RS-25 engines.

Which rocket is the biggest? Super Heavy is approximately 18 feet longer and 2.4 feet wider.

NASA Space Launch System (SLS): Although the SLS is not reusable, NASA has planned six of the aforementioned configurations for the rocket with varying stats.

Which rocket has the most iterations? NASA SLS

So which is more powerful? It seems pretty even, but it looks like time will be the ultimate judge.