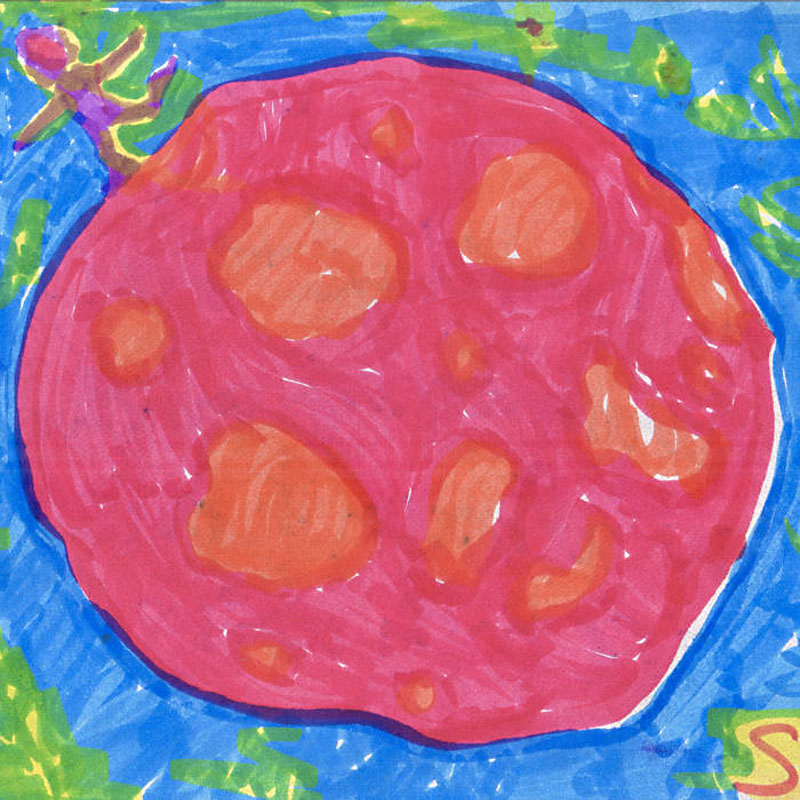 I first saw Hyah! Lead songwriter David Alvarez, also Medellin Collection saxophonist, save Austin’s original hip-hop Blakchyl in the latter group at the Hot Summer Nights last September. The obvious cohesion now translates into a three-song, hand-glued collaborative EP. Charming distorted, effectively brief and psychedelically calming – if there are aliens, I hope their messages sound like Blakchyl and Hyah’s! communications interrupted from the outer edge. The collection has “sh! T don’t stop” at its heart, a swirling alternative R&B taste of Blakchyl’s vulnerable verse (started years ago in the Austin band Mindz of a Different Kind). Enticing jazzy percussion and conversation snippets fuel an addicting minute-long title track, tuned in to Hyah’s suave catalog of flexible genre arrangements! in the field of indie pop. Fortunately, the short operation gives a preview of a full album under the same name, due on January 27. Find more evidence of the successful new partnership on YouTube in the VHS style video for “29 Freestyle”. – Rachel Rascoe

The down-to-earth black metal of Empyrrean

Black metal practitioners generally do not appear to be “relatable”. More often than not, you’ll see bands enveloping their music in a mystical secret with no programming information available, decorating their album covers with dark forests, yelling unintelligible lyrics about Norse mythology, and overwhelming the mix with amounts of music. treble from another world. While this checklist hasn’t been ignored by local riff-summoners Empyrrean (who hiked an extra mile of snow in deliberate darkness impossible to Google by misspelling their name), the sound environment suggested by the December’s first feature film is refreshingly unique, less “a mythical cave deep underground” than “a basement practice space shared with three other groups”. Very rarely, black metal sounds like a few musicians in a room, the tremolo making its way through existential pain. Chalk to a crystal clear (but barely sterile) recording; passionate and down-to-earth vocal laments; and the band’s remarkable talent for spinning melodic and joyful guitar parts without a hint of heavy metal cheese. – Julian towers

The starry belly of a West Campus romance pop scene gives a serious air to misguided hooligans who eat dandelions to get high and lend their hearts to the wrong people. Homemade Bangs sympathizes with the title track “Love Letters” from their upcoming second album, mixing up rhythmic guitar distortions in spades alongside a cassette-era veneer on Dan Mabray singing about the heart-wrenching uncertainty of declaring your love for another. Much like a date of spiraling romantic feelings trapped within the mind, this song floats like a lovebird in the brain. – Mars Salazar

The applicators are back. For millennials like me, the contagious disaffection driven out of the longtime Austin quartet, sweet-salty choruses and classic punk catharsis since 1999. After touring with Bad Religion and Buzzcocks, the established troupe offers their first new material since 2015 in streaming – era entry Scandal. Reuniting with producer Chris “Frenchie” Smith, New Wave’s Halloween single “Sound of Cars” delved into spatial reverb propensities before a familiar raging hook. Opening with an unwavering combo of spoken lines and rocket riffs, December’s â€œAdelfa Driveâ€ embraces the full potential of power-pop. Recommended for fans of no-frills 2010s rock recordings like Bleached and Joanna Gruesome, but the Applicators paved the way for it all. – Rachel Rascoe

At Montoya, Vol. 1, DotdotDotdotDotdot offers a conceptual take on a samurai waking up with his eyes gouged out of his skull – the lyrics that follow reflect a sense of being lost in limbo. The eclectic rapper’s ability to bring together a multitude of facets into a cohesive storybook reaches new artistic heights. Literary references “Outlaw Country” flood opener (“I am the protagonist of my own story with allegories and a catalyst“) while” Ambrosia “stars Teeta and Mr. Muthafuckin ‘eXquire join Dotdot and Ndgo (dot) Montoya for an addictive explosion of classic hip-hop. – Morgan-Taylor Thomas

The most surprising element of Michael Kingcaid’s solo arc with the sharply tilted This land is your wasteland. This land is my wasteland is how beautiful the LP sounds in his couple angst. The frontman of What Made Milwaukee Famous presents a provocative, musically complex twist with hooks that range from early 2000s independent blogging sounds (“Just Build a Metaphor”) to rock opera (“Austerity”) to folk vetiver. (“The other way down”). The back half of the nine tracks ruminates a bit more with the somber â€œOMGâ€, Elliot Smith-ish â€œ(At Least) You’ve Got It Madeâ€, and more languid â€œHow’d You Feelâ€. – Doug Freeman