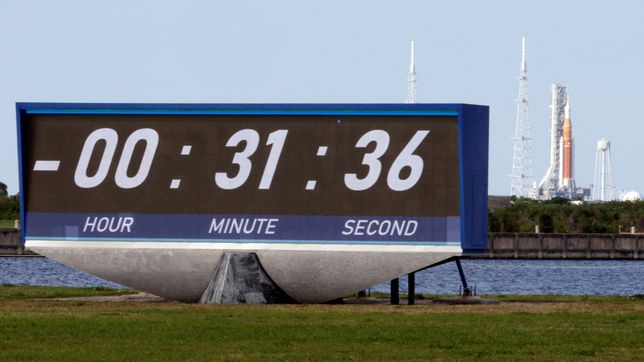 When will NASA’s Artemis I launch and what is its mission?

Artemis I, a three-week mission to the Moon that will test a trio of key systems from NASA’s Artemis program, is to launch ‘not before May 2022’, says the space agency. The uncrewed flight will test the Orion spacecraft, Space Launch System (SLS) rocket, and ground systems at Kennedy Space Center in Cape Canaveral, Florida.

Initiated in 2017, the Artemis program aims to return humans to the Moon for the first time since the Apollo 17 mission in 1972, before establishing a base camp on the surface and a mini-space station in lunar orbit, allowing longer stays on the Earth satellite. Artemis is also looking to lay the groundwork for future crewed missions to Mars.

Artemis’ original goal was to land humans on the moon in 2024, but NASA Administrator Bill Nelson said in November that goal would not be achieved. “2024 was not a technically achievable goal,” Nelson said told reporters. “We estimate at the earliest 2025.”

Prior to the launch of Artemis I, NASA must first complete a crucial test step known as the “Wet Dress Rehearsal,” which is a review of all launch-day procedures.. This is a “wet” rehearsal because this process includes refueling the SLS rocket. “Wetsuit rehearsal testing is expected to resume with a call to stations on Tuesday April 12 and tanking on Thursday April 14,” said a NASA update released on Saturday.

On launch day, Artemis I will lift off from Launch Complex 39B at Kennedy Space Center, with the SLS rocket generating some 8.8 million pounds of thrust during liftoff. The SLS will carry Orion into Earth orbit, before the rocket’s core stage separates from the spacecraft. The SLS’s interim cryogenic propulsion stage will then produce the thrust necessary to lift Orion out of Earth’s orbit and toward the Moon.

Once Orion reaches the Moon, it will arrive within 62 miles of the lunar surface, before settling into an orbit at an altitude of around 40,000 miles. After six days in lunar orbit, it will begin its journey back to Earth, where the final leg of the mission will test the craft’s ability to make a safe return. After re-entering the Earth’s atmosphere – its heat shield withstand temperatures of approximately 5000ºFroughly half the heat of the Sun – the Orion is due to crash near a US Navy recovery vessel off Baja, California.

“This is a mission that will really do what hasn’t been done and learn what is not known,” says Mike Sarafin, Artemis mission manager. Orion will stay in space longer than any other astronaut craft has managed to dock with a space stationand “will return home faster and warmer than ever,” according to NASA.

Artemis III will be the first crewed moon landing flight

As part of Artemis, NASA is committed to landing the first woman and first person of color on the Moon, with Artemis III planned as the program’s first crewed moon landing mission. Artemis’ first flights will involve short stints on the Moon, with the crew transferring directly from Orion to a lunar landing vehicle that will take them to the surface. After arriving on the Moon, the lander will serve as a base.

Once the mini-space station (known as the “gateway”) is built, astronauts will transfer to the lander via this staging point, and as the base camp begins to take shape – it must be built near from the south pole of the Moon – the facility will take over from the lander as the crew’s lunar habitat. The base camp should also include a lunar rover and a mobile home.

The plan is for Artemis missions to stretch for up to two months. “With each new journey, astronauts will become more comfortable with the capabilities to explore and study more of the Moon than ever before,” said Kathy Lueders, NASA associate administrator for spaceflight. inhabited. said.

“With increased demand for access to the Moon, we are developing the technologies to achieve an unprecedented human and robotic presence 240,000 miles from home. Our experience on the Moon this decade will prepare us for an even greater adventure in the universe – the human exploration of Mars.”

No friendship is an accident