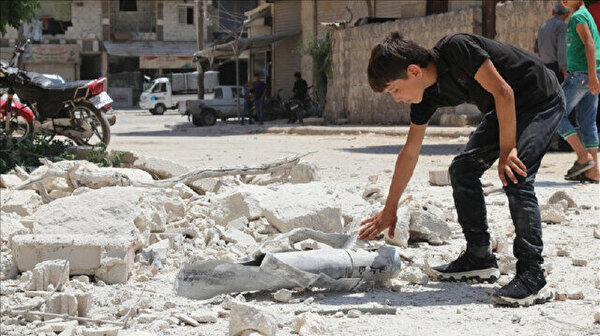 Three civilians were killed and 10 others injured as the YPG / PKK terror group fired several rockets at the northern Syrian town of Afrin on Friday evening.

Six rockets hit Afrin around 6:00 p.m. (3:00 p.m. GMT), according to a statement from the governor’s office of Hatay province in southern Turkey, which borders Syria.

The Hatay governor’s office has opened an investigation with Syrian authorities, the statement said.

Afrin has been largely cleared of YPG / PKK terrorists since Turkey launched its counterterrorism operation Olive Branch in 2018, but the terror group still carries out sporadic attacks in the region.

Since 2016, Turkey has launched a trio of successful counterterrorism operations across its border into northern Syria to prevent the formation of a terrorist corridor and allow the peaceful settlement of residents: Euphrates Shield (2016), Olive Branch (2018) and Spring of Peace (2019).

During its more than 35-year terrorist campaign against Turkey, the PKK – listed as a terrorist organization by Turkey, the United States and the EU – was responsible for the deaths of more than 40,000 people, including women, children and infants. The YPG are the Syrian offshoot of the PKK.